Here in the Philippines, one of the mandatory bonuses that employees can look forward to is the 13th Month Pay. However, there is a senate bill that is proposing a mandatory 14th Month Pay.

In this post, we’re going to look into the history of efforts to grant a 14th month pay and the implications it might have in our economy.

Way back in 2013, then Assistant Minority Leader Vicente Sotto III, filed Bill 1645 or the 14th Month Pay Law with Congress.

This bill sought to give an additional one month of pay to rank and file employees. The bill would make the 14th month pay available to employees who had been on the job for at least a month.

According to this version of the bill, non-government employers would be mandated to grant 14th month pay to rank-and-file employees who have worked with the company for at least one month.

Currently the 14th month pay law is Senate Bill 10, which was filled again on July of this year. It is pending on the 17th congress but will be taken up by the 18th.

And yes, the law will make the 14th month pay mandatory, and available for all employees who worked at least one month for a company within the calendar year.

While the bill is generally set to add more compensation and protect the rights of workers, it also rests upon the employer’s discretion.

As stated on Section 6: “The frequency of payment of this monetary benefit may be the subject of agreement between employer and employee or any recognized/collective bargaining agent of employees.”

Back when the bill was refiled, Sotto clarified this in an interview with GMA News. “In the bill that we are proposing, na pag hindi kaya ng kumpanya mo, huwag kang magbigay. Gano’n din naman ang 13th month pay. Pero iyong may kaya, at alam naman ng gobyerno kung sino ang may kaya, dapat magbigay naman. (If a company is not able to afford [the 14th month pay], they will not be required to do so. The same applies to 13th month pay. Those who can afford it, and the government knows who, should grant the 14th month pay.)”

Netizens, on the other hand, are calling for more stringent measures in ensuring that workers get the right wage and benefits. They say that the government should prioritize investigating private companies that fail to provide minimum wage and government benefits among their employers, instead of adding a 14th month pay, which could further increase the price of commodities.

When Senate Bill 10 was refiled, Sotto defended it to the media, stating in an interview with radio DZMM that it would merely expand Presidential Decree 851 which mandates the 13th month pay.

Employers Confederation of the Philippines (ECOP) president Donald Dee expressed in a statement that he does not support the bill, saying that small companies will have a hard time providing the added compensation.

“I think this is very poorly timed, at saka alam naman natin ngayon na ang importante ngayon sa atin dito (and we know that what’s important with us right now) is how to create jobs, to create an environment so that we can have more investments.”

Shortly after Senate Bill 10 was refiled, DOLE also released a statement welcoming the proposal but warning that it needed “further study”.

Labor Secretary Silvestre Bello III said the DOLE would study what granting a 14th month pay would do to economic stability.

“We support anything that benefits our workers and their families,” reads Bello’s statement. “However, we must ensure that the proposal will not cause an imbalance between the needs of labor and the capability of employers. We must study it very well,”

He also said the bill must go through a tripartite assessment to assess viability given the current economic situation in the Philippines. He also expressed concern that not all employers mighty be able to pay their employees a 14th month pay.

“We must take note that around 90 percent of the businesses in the country are micro, small, and medium enterprises (MSMEs), so we must always consider the capability of the employers to bear extra expenses,” he said.

During an interview published in Business World, Bello voiced concern that a 14th month pay might harm the employees it was trying to help.

According to Bello, the DoLE is concerned that, if a company cannot manage the extra cost that giving their employees extra pay, they might opt to try and get by with less workers or for retrenchment. This could affect productivity, affect employment, and drive up the price of goods and services.

To get an idea on how the 14th month pay will be implemented in private companies, we spoke with John Espejo*, an HR specialist of a multinational company based in the Philippines.

ECM: How feasible is it for private companies to grant their employees a 14th month pay, really?

Espejo: Feasibility depends on a lot of situations. First is the economic status of the country. Second is the industry where the company belongs to. Third is the size and profitability of the company. The economy is doing good but primarily on the small and medium enterprises (SMEs).

Most multinational organizations are reshaping as the global economy is still recovering from 2008 financial crisis and recently the global oil crisis, but the SMEs are flourishing and promising. I’m not sure if the SMEs can afford to pay another month every year. Some companies in the past year even gave more than 15 months but it was not sustained due to economic crisis and competition.

ECM: Do you have qualms about implementing this in your company?

Espejo: Our company adheres to the policies or laws. If approved, I’m sure they will implement it as we try to make sure that the company practices the right business ethics for the benefit of the workforce.

ECM: What are the possible deterrents in the proper application of this law?

Espejo: The 14th month pay can be a lot of help to employees as this can be used for enrollment, like how the 13th month is being used for Christmas. People need not to look for other sources to cover portion, if not all, of the tuition fee. It’s a good idea but I’m not sure if it’s sustainable. Can a company afford to give another month without sacrificing the headcount? A question we can only answer once the bill is passed. Always remember that a company decides on the performance of the previous year and the bottom line or targets of the present year.

*Note: Real name and company are withheld to protect privacy.

What do you think of the 14th Month Pay? Share your thoughts in the comments. 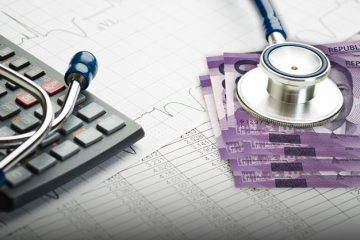 Find Out How Much PhilHealth Contributions Will Increase Starting 2020 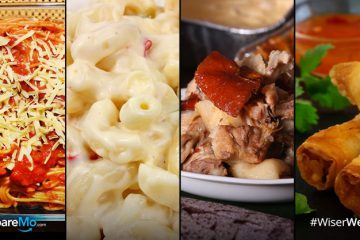