All claims must be reported to your Insurance Company, as soon as possible with full particulars.

Every letter, claim, writ, summons and process shall be notified or forwarded to the Insurance Company immediately on receipt.

Notice shall also be given to the insurer immediately as soon you have knowledge of any impending prosecution, inquest or fatal injury in connection with any such occurrence.

In case of theft or other criminal act which may give rise to a claim, you shall give immediate notice to the Police and cooperate with the Insurance Company in securing the conviction of the offender. (Item 4. Applicable to All Sections of the Motor Car Policy)

What shall I do if I disagree with a claim decision made?

An accident has already occurred causing damage to the insured vehicle. Is payment of premium after the loss a ground for denial of the claim?

In the absence of any documented credit term, payment of premium after the loss has already occurred is a valid ground for denial of the claim.

Can my claim be denied if there was a change in ownership from the original insured and no corresponding endorsement was prepared prior to the loss?

The claim can be denied because the law requires that the insurable interest in the vehicle insured a person’s ownership over the insured which must both exist as the insurance takes effect and at the time the loss occurs. (refer to Sections 19 and 395 of the Omnibus Amendments to the Insurance Code (R.A. No. 10607)

The insured vehicle was carnapped by a person known to the assured and was later recovered with damages due to an accident while the carnapper was driving the vehicle. Should the insurer pay for this claim?

Under a comprehensive insurance policy carnapping and damages to the vehicle are both covered and compensable under the policy.

A third party claimant is not required to sign a quit claim upon settlement. The claimant can still pursue his claim in excess of the No Fault cover.

Whenever there’s an accident involving two or more vehicles, it would create horrendous traffic (especially in EDSA during rush hour) because they don’t want to move the vehicles immediately (due to “it’s not my fault” mentality) as they are waiting for the authorities to arrive for the police report, which is an important document in filing an insurance claim. (1.1) If both parties have a comprehensive insurance, does it still matter who was at fault, because either party could just take a picture on the aftermath and that could be the basis of the police report. (1.2) What should one do if one party only has TPL and has no comprehensive insurance?

There is still a need for both assureds to safeguard and preserve the integrity of the physical evidence which is necessary in the judicial determination of who is at fault, since the possibility of the insurance companies going to court and litigating among themselves on their subrogation rights, cannot be discounted entirely.

The same is true with this question. The assured must be cautioned against taking any short cuts that may later on undermine the recovery rights or prospects of recovery of the insurers against the party(s) at fault, which may thus, compel the insurers to deny their assureds’ claims instead.

We compare prices from top car insurance companies in the Philippines. We provide a wide selection of motor insurance in just a few clicks away. Save time and money only at eCompareMo.

Compare quotes
Did you find this article helpful?
Thank you very much for your response! 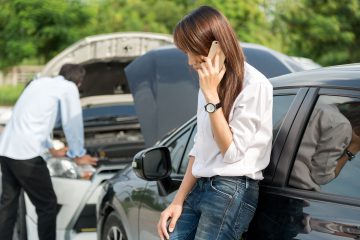 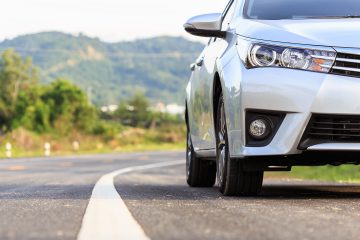 CTPL vs Comprehensive Car Insurance: What Are The Differences?