The Peso Is At Its Weakest In 12 Years. Here Are The Pros And Cons

Last Monday, the Philippine peso closed to its weakest value in almost 12 years. Pitted against the dollar, our currency went from Friday’s P52.33 to P52.465 with a 13.5-centavo difference.

According to reports, the value of peso is now closing to its worst, which was P52.745 against the dollar back in 2006.

GMA News Online reported recently that both the price of petroleum products and the value of the US Treasury yields are rising. As of writing, WTI crude futures have increased $72.56 per barrel while Brent crude futures are close to $80 at $79.67. Meanwhile, US Treasury yields have reached 3.082 percent, strengthening the position of the dollar against other currencies.

In February, news about the peso having “lowest value in nearly 12 years” also surfaced, with the currency closing at P52.34 against the US dollar. Given the lows that the peso has come to, how should we react?

Last year, the Philippine Daily Inquirer reported that the peso was expected to be the worst performing currency in ASEAN.

The article cited three factors for this gloomy forecast: “rising credit intensity; persistently high exposure to the real estate sector alongside rising property prices; and deterioration in the external position.”

Around the time of that report, the peso closed at P51.22 and fluctuated until the tailend of 2017, where its price against the greenback went below the P50 level.

When the peso breached the P52-mark last February, experts thought their fears have finally come true. However, the price of our currency against the dollar has been fluctuating at the P52-mark since then.

Budget Secretary Benjamin Diokno said that a higher exchange rate between the peso and the dollar does not mean that the country’s economy is in peril.

According to Diokno, people shouldn’t be discouraged with the depreciating value of the peso because “we need a competitive peso, not a strong peso.”

“Every currency is weakening vis-à-vis the dollar. In fact, relative to other countries, we are okay. It is wrong to say that a strong peso means a strong economy. That’s false,” the secretary said in a report by Rappler.

Is it really that bad if we surpass the exchange rate 12 years ago? Of course, there are repercussions to that. But in most recent history, the P52.745 record of April 2006 is peanuts back in October 2004 where the peso sunk at an all-time low of P56.34.

You win some, you lose some

With the value of the peso falling based on its relationship to the US dollar, people might say it spells bad news for the economy. But the truth is more complex than that.

For starters, a weak peso can affect the prices of imported products in the Philippines. If you think beyond chocolates and foreign stuff you can buy from membership supermarkets, the imported commodity we consume the most of on a daily basis is petroleum. A depreciated peso means bad news for your everyday drivers.

How does it work? Petroleum companies can only buy crude oil using US dollars. If a dollar’s worth in pesos goes up, it means that we’re paying more in Philippine peso for a barrel of petroleum. Couple that with the rising price of crude oil worldwide and you’ll get a double whammy in terms of an oil price hike.

Meanwhile, sectors that earn in dollars are more than happy to see the price of the peso go down. Exporters take advantage of this as their products are cheaper in dollars when the exchange rate is higher. Although they may not earn as much if the currency is competitive, what matters is they’re exporting more units overseas.

Also benefitting from lower peso value are the overseas Filipino workers (OFWs). On an individual level, families of OFWs can get more pesos out of the dollars sent to them by their relatives. However, there’s a catch: higher prices due to weaker peso negate the increase in their take-home money.

Remittance as a major economic factor will also be affected. In 2015, OFW remittance comprises around 10 percent of the country’s gross domestic product (GDP). A higher exchange rate between the dollar and peso can increase the contribution of overseas remittances as part of the GDP.

Although there are pros and cons in a weaker peso, one thing is for sure: We all lose when it comes to debt servicing.

To pay off our obligations to other governments as well as multinational banking organizations, we have to buy foreign currency using our peso. Spending more pesos to buy dollars means that funds that could’ve gone to other projects went to paying off debt. 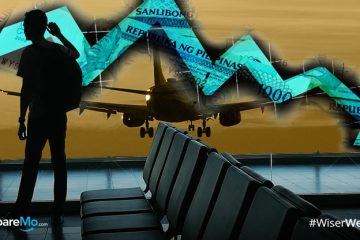 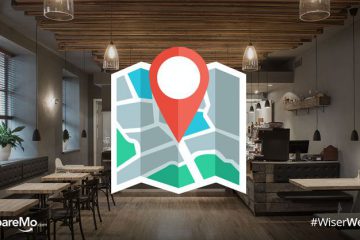