Save Up! A Guide To Upcoming Manila Concerts In 2018

Are you one of those people who are always looking forward to new things, like the brand-new iPhone X (P64,490 if you buy it off contract), or would you rather spend your money on experiences?

If seeing your favorite acts play live is your thing, then we suggest saving your Christmas bonus as 2018 is set to bring several great international artists to Manila.

Next year’s line-up of concerts features a variety of musical artists ranging from your favorite pop rock bands to brooding solo artists. Maybe it’s time to treat yourself to a night of hearing your favorite tunes live! Check out this list of concerts in Manila for 2018.

Three years after coming to the country with his old group, One Direction, Harry Styles is back with force for his own world tour. The “Two Ghosts” artist will be here to once again to make his fans swoon. Indie rock band Warpaint will be supporting Styles in his Phiippine concert.

If you’ve been a Directioner all your life, you’re lucky since not one but two former members of the group are coming back to the Philippines next year. Niall Horan, everyone’s favorite fourth or fifth One Direction member is back with the vengeance to celebrate his debut solo effort titled Flicker. He’ll be here about a month after Harry, so if you have the money and the time, you can watch them both.

The xx: I See You Tour

After releasing their widely praised album, I See You,  English indie pop trio The xx will be making their way to Manila in February.  Fans who requested The xx to play here got special discount last month, but it’s not too late to join the party if you want to hear them play their classic tracks like “VCR” and “Crystalised” as well as fresh hits from their latest album such as “Dangerous” and “I Dare You.”

Get on your dancing shoes and prepare to ride the boogie as the Grammy-winning artist Bruno Mars brings his solid gold to the country next year. The 24K Magic World Tour will take you back to dreamland that is Motown with a fresh spin that only Mars’ can manage. Enjoy groovy tracks like “24K Magic” and dreamy synth-laden ballads like “Versace on the Floor.” Ready to be part of the most anticipated 2018 concerts in the Philippines?

Foster The People rocked the music scene with their debut record Torches, the album that brought “Pumped Up Kicks” and “Houdini” to our FM stations. Next year, the four-piece indie pop band will be back to the Philippines to promote their latest album Sacred Hearts Club. Join Mark Foster and the gang as they play their latest hits such as “Doing It for the Money” and “Loyal Like Sid & Nancy.”

Are you a fan of anything Korean? Then, we have good news for you as the  32nd annual Golden Disc Awards, South Korea’s answer to the Grammys is going to be held in Manila. The awards celebrate the excellence of Korean music and the artists across all genres. Whether you’re a fan of K-pop groups or Korean rock or hip-hop acts, the Golden Disc Awards will definitely have something for you.

Ticket pre-selling will be on November 26, 2017 at Eastwood Mall.

Everyone knows John Legend’s most famous songs like “PDA (We Just Don’t Care)” and the heavily overplayed “All of Me” that became the soundtrack of a thousand relationships. This time, John Legend will make a stop in Manila to promote his album Darkness and Light. Armed with a whole new selection of tracks like “Love Me Now,” “I Know Better,” and “Penthouse Floor,” get ready to see, or hear, John Legend in a whole new light. Tickets will be available starting November 30.

(Read: The Lion King & Other Musicals To Catch In Philippine Theaters)

Everyone’s favorite pop-rock band, the Grammy-winning trio Paramore will be back to rock the socks off of their Filipino fans. The band is celebrating their new album After Laughter, which contains new hit songs such as “Hard Times” and “Told You So.” Want to know what Paramore frontwoman Hailey Williams’ hair will be? Tickets will be made available via SM Tickets by November 23.

Ed Sheeran was supposed to make a stop in Manila this November 7 as part of an Asian tour but was forced to cancel due to an injury. Instead, the show has been moved to April 2018. The tour is part of Sheeran’s recent musical comeback which has seen two of his singles, “Shape of You” and “Castle On The Hill” hitting top spots on music charts worldwide. The two tunes have made him the first artist to debut two songs simultaneously in Billboard’s Top 10.

American rock band Incubus is making their way back to Manila to promote their latest album “8” featuring the tracks “Nimble Bastard” and “Glitterbomb”.  Tickets will be available via Ticketnet on November 21. 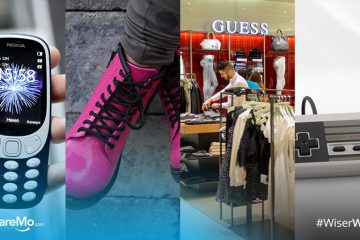 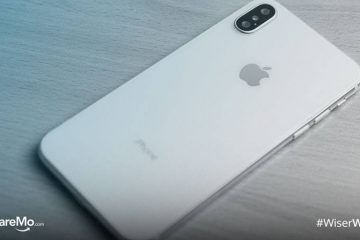 How Many Work Hours Is An iPhone X Worth? 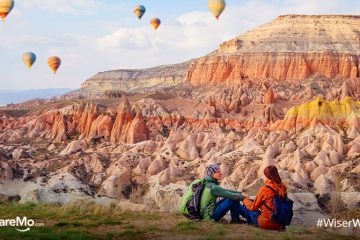