ADVISORY: eCompareMo is ready to serve you completely! We are now accepting applications for credit cards, personal loan, and car insurance.
5 min. read

by Dino Mari Testa on Wednesday, November 13, 2019
Share this 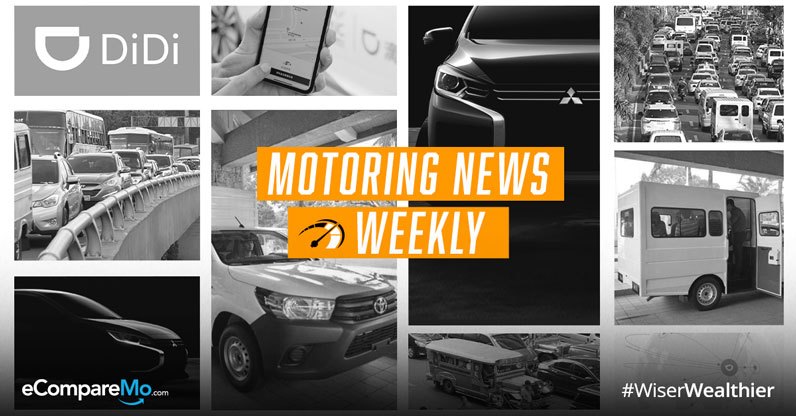 Saving up for a new ride that will take you into 2020? You are in luck. Just in time for the new year, Mitsubishi announced that their subcompact line the Mirage will offer a facelifted version of both the hatchback and sedan.

In a report by Visor, Mitsubishi released teaser photos for both Mirage models, with the two units appearing to join their big brothers by finally sporting the Dynamic Shield design.

The said design philosophy has been a part of higher-tier Mitsubishi models. It can be found in vehicles such as the Xpander, Montero Sport, Strada, and the ASX. The Japanese car maker said in its website that the language used in sculpting their vehicles “is expressed through the idea that form follows function.”

The new Mirage hatchback and sedan will be formally unveiled in Thailand on November 18, with release to the market touted to be some time next year.

Although there are already numerous companies that submitted their models for the government’s jeepney modernization program, an unexpected yet big player finally enters the game, offering a model with a lower price tag: P998,000.

Last weekend, Toyota Motor Philippines unveiled a Hilux-based 12-seater PUV in its bid to become the new face of the jeepney modernization program.

Known as the Toyota Hilux Class 1, this cab model offers a side entry for the passengers and can carry up to 12 people at the same time. Other features of the vehicle include CCTV cameras, GPS maps, wireless internet connection, and a dashcam.

According to a report by Top Gear Philippines, the Toyota PUV will be compliant to the guidelines of the government’s PUV modernization program as well as the Omnibus Franchise Guidelines and the Philippine National Standards.

Didi Chuxing, the biggest Chinese ride-hailing app, is rumored to enter the country with its sights trained on disrupting Grab’s monopoly in the country.

According to a Philippine Daily Inquirer report, Ilocos Sur politician Chavit Singson is the one in talks of bringing the app to the country. Singson’s LCS Holdings also operates U-HOP, another transport company.

“We want to break the monopoly of Grab,” Singson said in a report by Inquirer. In addition, he also said that the number of complaints against Grab’s services is one of the reasons why he wanted to help Didi become a player in the ride-hailing transport sector.

Despite Singson’s announcement, a Tech in Asia report said that a spokesperson from Didi denied any plans to expand its services to the Philippines.

The House of Representatives’ Ways and Means committee approved a bill that will increase the road user tax by up to 90 percent in the next three years.

For instance, vehicles with a weight of 1,600 kilograms have a motor vehicle user charge (MVUC) of P1,600. Based on the additional fee proposed by Go, the MVUC will become P2,080 next year, seeing a P480 increase or 30 percent of the current rate for small vehicles.

By the end of staggered increase period, the MVUC for a 1,600-kilo vehicle will be slapped with a P2,272 fee.

The additional funds to be collected from MVUC increase is yet to be allocated, as both parties have a disagreement on how to use it.

Salceda proposed to use the money to help jeepney drivers acquire new units through a subsidy of P500,000 per unit. Meanwhile, another proposal wants to allocate the money to the Duterte administration’s Universal Healthcare program.

Get free financial tips, news, and banking promo alerts when you subscribe to our newsletter

Mitsubishi teases its 2020 Mirage faceliftSaving up for a new ride that will take you into 2020? You are in luck. Just in tim...

3 Reasons Why You Should Upgrade to Easytrip RFID Now