According to data collected by GPS navigation app Waze from its users, it takes 4.9 minutes—or about five minutes—to complete a one-kilometer drive in Metro Manila. This is an increase from last April’s 3.8 minutes.

“It will only worsen in the remaining months of the year,” said Waze Country Manager to the Philippines Sarah Rodriguez in an interview with Bloomberg.

“Especially over the All Souls’ Day long weekend when Filipinos typically go out of town, and before Christmas thanks to more frequent trips to restaurants, bars, and shopping malls.”

Waze’s data also showed an overall change in daily traffic movement patterns. It’s gotten worse and now it is more like one long “rush day” instead of a few “rush hours” to avoid if you can.

“Two years ago, there were two spikes—morning rush hour and evening rush hour—then in-between there was a dip. Now, it has changed. There’s no more midday dip,” said Rodriguez.

But surely, other countries have it worse?

Compared to our five-minute record, it only takes four minutes for them to drive one kilometer, according to Waze data.

The ranking of cities with the worst traffic in the world is now as follows:

According to Bloomberg, “soul-crushing traffic” is a regular feature of life in Manila due to the fact that infrastructure development has not kept up with its population’s income.

This isn’t the first time that Manila was tagged by Waze as the worst city in the world to drive in. We also earned that dubious distinction back in 2017.

This infamous quote came from Presidential Spokesperson Salvador Panelo. He took on the commute challenge early one morning, leaving his home at 5:15 AM to arrive at Malacanang four hours later.

Even though he left early and still insists that there is no traffic problem, it should be noted that Panelo was technically late for work when he did arrive at Malacanang.

With regard to the upcoming holiday Carmageddon, there are a few sound solutions being implemented as early as now. These are the MMDA’s modified mall operating hours, and a ban on weekday promos. These measures are banking on reducing the number of people on the road by decreasing the number of people frequenting malls during busy weekday hours when many are already on the road rushing to get to their jobs on time.

As for concrete, year-round solutions, the government is still scrambling to find effective ones. By the looks of the current road status, commuters will just have to wait until effective traffic solutions take place, and “take the L” for getting the status of one of the world’s worst cities to drive, for now. 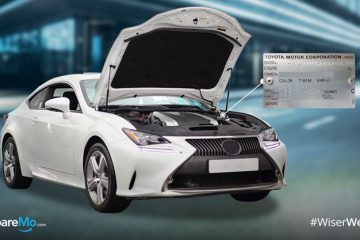 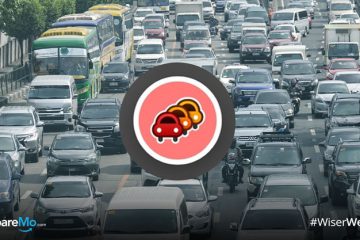