A few weeks into 2018 and the government is already busy, with many of our elected officials zealously pushing the idea of federalism for our country.

While our public officials are occupied trading notes and talking amongst themselves on which agenda will prevail, many ordinary Filipinos are either on the fence or a bit confused. To make federalism and its impact on the everyday Juan more accessible, we thought of using the Star Wars franchise as a reference to understand things.

First, let’s do a quick review on what federalism is. According to the Stanford Encyclopedia of Philosophy, it is “the theory or advocacy of federal principles for dividing powers between member units and common institutions.”

This means that although a higher government has power over all national affairs, smaller governments that make up the country can still operate with a certain amount of autonomy on some issues. This means that citizens have an obligation to both the local and the national government.

A bit hard to follow? Let’s put it this way: in the long-running series Star Wars, several sovereign star systems came together to form the Galactic Republic. One member, Naboo, is governed by the Royal House of Naboo, led by the Monarch of Naboo (inarguably the most famous one being Padme Amidala). The government of the said planet oversees the affairs within the planet and its moons.

(Read: What The Philippine Economy Will Be Like Under Our New President)

Although the people of Naboo enjoy a certain form of autonomy under their own government, their being a part of the Galactic Republic also means they have to participate in the matters that concern all Republic members.

Naboo, along with other member star systems of the Republic, is part of the Galactic Senate, a legislative body composed of representatives from the member-planets across the galaxy. These representatives, known as senators, elect a leader called the Supreme Chancellor.

So, taking it in the context of the Star Wars government, this is what’s going to happen when the Philippines becomes a federal country: The provincial governors will act like the Monarch of Naboo, while members of the Congress will make up the Galactic Senate. The president, as the current head of state, is the Supreme Chancellor.

Now that were explained the flow of power under federalism, it’s time to see how money will flow in that said form of government.

Once federalism comes into play, local government can attract more businesses to their jurisdiction by offering a more competitive tax rate than other parts of the country. Entrepreneurs and corporations, in a bid to maximize their returns, will be more attracted to areas where state income tax rates are much lower and simpler.

Going back to the Star Wars analogy, let’s say Coruscant had its own planetary income tax on top of the galaxy-wide taxes imposed by the Republic. A droid manufacturer based in Coruscant would have to pay both the republic and local government. Should he want to pay fewer taxes and earn more, he might think of setting up his business, say, in the Corporate Sector part of the Outer Rim, where they might be imposing a lesser tax rate.

And this lone company won’t be alone; more companies will be lured by the lower local taxes to set up shop in the Corporate Sector. With more businesses in the area, the demand for workers will follow and people will have more money to spend on goods and services. Trading booms and everyone in the Outer Rim wins.

What happens if the federal government decides to meddle? In the case of Episode I: The Phantom Menace, the Republic decided to tax the free trade zones prompted the Trade Federation, one of the many organizations to benefit from the loose areas, to set up a blockade in Naboo to put pressure on the government to back down.

A decentralized economy means that local governments can make certain industries more competitive.  By creating policies that offer tax breaks and certain conveniences to select industries, they can attract specialized workers to move in and flourish in their territory.

Using the same Outer Rim example, planets in the said cluster can create laws that will make it more efficient for droid factories to become more profitable in conducting businesses there.

Policies like special economic zones for tax breaks, improved infrastructure, and other strategies to further boost the manufacturing industry there will give birth to more opportunities for everyone. A promise of minimal meddling from the government will very much be welcomed by any person.

Not everything has to focus on creating policies to attract new industries into venturing into new territories. Some planets can exploit their strengths in order to become more competitive.

Outer Rim planet Naboo focuses on exporting plasma, which is highly abundant on the planet. Meanwhile, Naboo’s neighbor Ukio is an agrarian country that supplies the food to the Core Worlds. The same can be done in different provinces in our country, where they can focus on developing and supporting the areas natural resources and cottage industries. 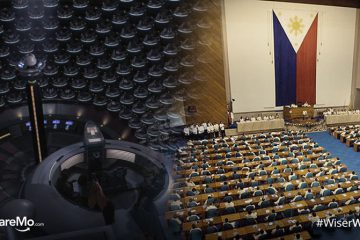 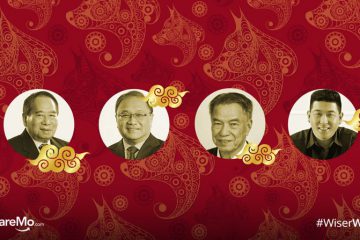