Paying taxes is an obligation of a citizen to the state as the money collected serves as the source of funds for government programs and projects.

The most common type of taxes are income taxes, where individuals pay a portion of their income to the state. While many countries ask this of their citizens, there are actually some countries out there that do not levy income taxes but still manage to fund their government. Check out the following list of income tax-free countries.

The UAE gets 30% of its GDP from oil and gas production. Given as they already get a 55% maximum corporate tax rate from oil corporations, they don’t need to charge their people income tax nor capital gains tax.

On another note, however, citizens of the UAE are required to pay 5% of their monthly earnings to the social security system. The country also places a 30% tax on alcoholic beverages.

Qatar is sitting on the third largest reserve of natural gas in the world. With a 35% tax rate levied on oil and gas companies who want to access Qatar’s reserves, the country doesn’t need to or mandate its citizen’s to pay income taxes. Not only are its citizens free from the burden of income tax, they are also free of taxes on dividends, royalties, profits, and capital gains on property.

Just like in the UAE, citizens are required to pay a 5% portion of their income for social security benefits, while employers contribute 10% to the fund. A 5% tax is also imposed on imported goods.

This sovereign city-state lying on the French Riviera gets its revenues primarily from the tourism and gambling sector. It also has a flourishing banking sector that boasts of over €100 billion worth of funds.

While Monaco does not levy income taxes on its residents, French citizens whose residency started after 1957 are required to pay taxes. Monaco also requires a 33% tax from corporations, unless proven that three-quarters of revenues are generated in the country. Goods and services also have a value-added tax of 19.6%. Employed citizens are also mandated to pay 10 to 14% of their paycheck to social insurance.

This country has one of the world’s highest per capita GDP, largely due to its lucrative oil industry. Oil and gas corporations pay a corporate tax rate worth 85%, while other sectors are charged a 20%. It’s no wonder residents do not need to give a portion of their salary to the state through income tax. However, residents are still subject to giving obligatory alms called zakat.

Famous and infamous as a tax haven for the rich, this British Overseas Territory in the West Caribbean Sea, has one of the biggest banking centers in the world. This makes it one of the world’s wealthiest sovereign states.

Aside from the financial services sector, the tourism sector is also a major contribution to the Cayman Islands’ economy. They levy a 10% tax on all tourist accommodations and charge a $25 airport departure tax. Imported goods are levied with a tax rate of up to 25% as well.

Cayman Islands nationals pay zero income tax, capital gains tax, value-added tax, and government sales tax. They are also not required to contribute to social security. It is a duty of companies to provide pension plans for workers, even expatriates, who have rendered at least nine months of service.

Like the other Middle Eastern nations that we’ve mentioned, Oman’s primary resource is oil which makes up around 70% of the country’s revenue. While Oman does not levy taxes on individual income or capital gains, it is mandatory for citizens to give a 6.5% portion of their salary for social security.

Although the government does not impose income taxes, Bahrain levies stamp duty on real estate up to 3% of property value. Expats renting a property are also required to pay a 10% municipality tax. Citizens also contribute 7% of their income for social security, while expatriates are required to contribute 1%. Corporations are also required to pay 12% of local employee’s income for social insurance and 3% for foreign employees.

(Read: Tax Reform 2018: When Can You Expect The Change To Happen)

The citizens do not pay income tax, corporate tax, capital gains tax, value-added tax, or wealth tax, as 70% of government revenue comes from duties on imports and 1% property tax. Employees only need to pay a 3.9% of their salary for social security benefits, while self-employed residents are charged 8.8% for National Insurance.

This British Overseas Territory has one of the highest GDP per capita in the world. Similar to the Bahamas and the Cayman Islands, the island of Bermuda is a go-to place for offshore banking.

The government does not impose an income tax on its residents. But they do require a charge of $20,000 for a 10-year work permit and impose a 25% levy on any goods brought in. Renting a property in Bermuda is also costly, with the government imposing a property tax of up to 19% of the annual rental value.

Kuwait is another country whose rich oil reserves ensure that they do not need to place a personal income tax on their citizens. The nation’s oil sector accounts for up 80% of government revenue. What they do require from their citizens is a contribution amounting to a 7.5% of income for social security. Kuwaiti employers also need to give an 11% contribution to social security. 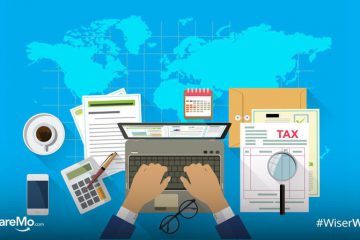 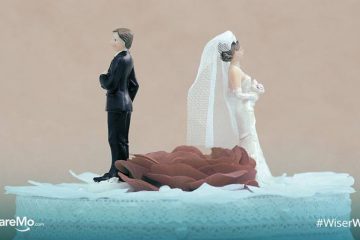 Guide To The Cost Of Annulments In The Philippines