Admit it: we have a love-hate relationship with our titos and titas.

As much as we find them annoying at times, we can’t help but love our titos and titas. They are the parents we never had. They’re our companions in cracking jokes or drinking ice-cold Pale Pilsen or getting brunch at the most tita café in town. But once upon a time, they were just as young as we are now. And now, they’re taking social media by storm, thanks to social media pages like Titos of Manila and Classic Pare Titos and Titas of Manila.

If we want to understand them more, look no further then how they treat their money—both then and now. Whether you’ll hear them ramble about the prehistoric days or sagely give you advice about your love life or financial health, you can totally see these in your favorite tito and tita. Of course, everyone’s welcome, except for a certain “tito” who loves plagiarizing stuff.

1. You’ll often hear them start a rant with “noong panahon namin…” and it can go on for hours.

2. “Noong grade one ako, piso lang baon ko kada araw,” Now, a one-peso coin can just get you a piece of candy.

3. Having a two-peso bill (the one with Jose Rizal) a day would mean your tito/tita was loaded!

4. If they didn’t have money, one way for them to earn money is to sell old newspapers, empty bottles, and scrap metal to junk shops or ambulant bote dyaryo buyers.

5. Still not enough dough? They could ask a parent and/or grandparent if they could pluck gray hair from their scalps.

6. Christmas nights were for caroling in the neighborhood—aided with instruments made of flattened bottlecaps and milk cans turned into drums.

7. Your penny-pinching tita would know where to shop quality clothes for less: Eloy’s in Bambang.

8. Before the internet, they would fool their friends by making them find the cat in the ten-peso bill. (Spoiler alert: it’s on the roof of the Barasoain Church.)

9. If their friends were gullible enough, the next task is the security guard on the 100-peso bill. Obviously, there’s no guard there.

11. Thanks to the ten-centavo coin, they know what Pandaka pygmaea is.

12. Also, the humongous two-peso coin wasn’t hexagonal! (Protip: it’s a decagon and they know it)

13. They value the convenience of wireless internet and mobile data because they had to pay for dial-up cards before.

14. ISP Bonanza, inarguably the most famous dial-up card of its time, would cost P100 for 20 hours. Did we mention that the connection speed back then was just 56kbps?

15. Titas have developed some form of “Spider Sense” for shopping at the right time. Whether it’s sale season or just to avoid the mad rush of shoppers, trust their gut.

(Read: 5 Ways To Train Your Brain To Save, Not Splurge)

16. Out of the blue, they will ask you for random numbers. They will bet on these numbers on lotto in hopes of winning the lottery.

17. If your tito suddenly buys cases of beer and lechong manok, there’s a huge chance his favorite horse just won the race.

18. Your tita may splurge when it comes to Kate Spade bags, a new smartphone, or some pearl necklace. But she’ll be one of the first people to ask about your financial health.

19. If they keep on asking if you already have a savings account or insurance, don’t be mad. They’ve been through the grind and they don’t want you to trip along the way.

20. “Papunta ka pa lang, pabalik na ako.” They know what they’re saying so you might wanna take them a little more seriously. 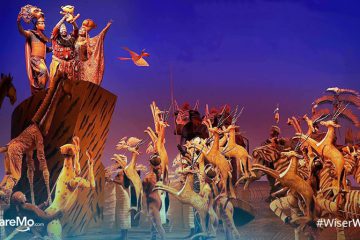 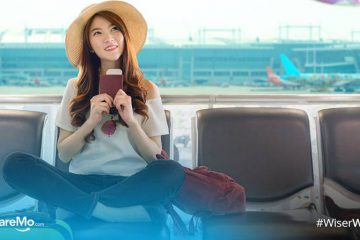 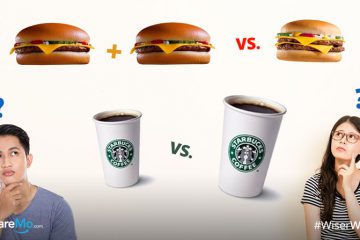