As part of the government’s plan to make sure that commuters will have access to limited public transportation, the Metropolitan Manila Development Authority (MMDA) supplemented the MRT-3 operations with bus augmentation.

The agency assigned the innermost lanes of the country’s busiest highway exclusively to these special buses to service passengers better. But on the first days of the general community quarantine (GCQ) in Metro Manila, some people probably didn’t get the memo and were still trying to use the new bus lanes. This is why we’re here to explain the whole situation.

With the quarantine turning our worlds upside-down, it seems like even Edsa had to undergo this massive change. Here’s everything you need to know about the MMDA’s Edsa bus augmentation lanes and what it means for drivers who ply the highway every day.

What does bus augmentation mean?

Now that we’re officially on GCQ, public transportation has partially resumed. The Department of Transportation (DOTr) said that it will give priority to high-capacity modes such as buses and trains to transport people during the time of looser restrictions.

Currently, only up to 12 percent of train capacity will be used by the government to maintain strict social distancing—meaning, buses will have to support that.

Because of this, the DOTr decided to supplement the operations of the MRT-3 using the bus augmentation system. After a meeting with President Rodrigo Duterte, Transport Secretary Arthur Tugade said he got the green light days before Metro Manila shifted to GCQ.

“To augment trains, we will have a bus augmentation system. Buses follow the same line. We will achieve more or less the same volume of passengers that move,” Tugade said. They will deploy up to 500 buses to make sure there will be enough units for commuters who will not be admitted to board the trains.

Since the buses are designed to supplement the capacity of the MRT-3, you will find loading and unloading zones at train stations, which will eventually be upgraded with boarding stations as well as pedestrian crossings for safety and convenience of the riding public.

To make sure that buses can move freely and not hampered by private vehicles, the MMDA designated two of the innermost lanes for bus augmentation units. The agency just installed traffic cones and water barricades to prevent either side from encroaching lanes beyond their assignment.

Now the center lanes are solely for augmentation buses, this puts everyone else—that means your private car owners—to the outermost lanes of Edsa.

Remember the yellow lanes? The MMDA said that they’re now for the use of private cars. In addition, service roads are also available for people driving their own cars.

And if you think the government isn’t watching so you can cut through traffic by using the inner lanes, think again. Fortunately, a majority of drivers easily complied with the new Edsa scheme.

On the first day of the new lane system, MMDA traffic chief Bong Nebrija said that they caught at least 30 motorists defying the new traffic laws. Meanwhile, Top Gear Philippines reported the usual cast of kamote riders squeezing themselves through plastic barriers whenever there was an opening.

If you’re caught using the bus-only lanes, MMDA officers as well as members of the Philippine National Police-Highway Patrol Group (PNP-HPG) will issue you a ticket. In addition, they also watch out for other violations such as the prohibition of motorcycle backriding, not wearing masks, and overloading as per IATF guidelines. 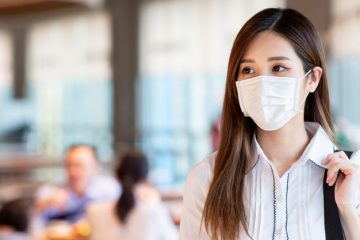 What Does It Mean To Be Under General Community Quarantine? 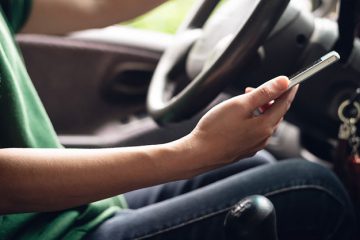 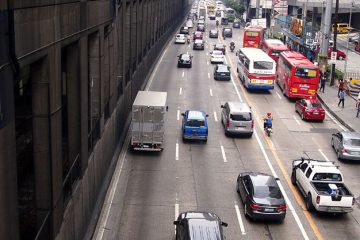