‘Why Is My Meralco Bill So High?’ And Other Questions Answered

It felt like an electric shock for a number of folks in Metro Manila when they checked their mailbox this month. “Why is my Meralco bill so high?” easily became the most frequently asked question on social media.

Consumers reported a surge in their electricity charges, with one individual lamenting a drastic increase from ₱2,525.10 in April to a whopping ₱9,358.52 this month of May 2020, according to consumer group Power for People Coalition.

How come, they wondered, when the Manila Electric Company (Meralco) did in fact announce last week that customers will see a lower amount this month? The utility provider previously said rates per consumption would be drop—with rates per kilowatt hour (kWh) in May falling to ₱8.7468 from the previous month’s ₱8.9951 per kWh.

Meralco officials said that dip in power rate was approved after they invoked the force majeure clause of the Power Supply Agreement with the Energy Regulatory Commission (ERC).

“This May, the Force Majeure claim totaled ₱877 million, equivalent to savings of ₱0.3452 per kWh, representing reduction in fixed costs and avoided charges from the temporary suspension of the mid-merit supply contracts recently approved by the ERC,” Meralco said in a statement.

So ‘watt’ really happened with your Meralco bill?

To shed more light on your current electric bill, Meralco released a guide on why you may see a sharp spike in your consumption.

Here are some explanations on why you may see an increase in your amount, lifted from Meralco’s statement:

To start, let’s look at the data from the previous years. The company would always hike its per kWh charge during summer season, particularly in the months of March, April, and May. For instance, they made the following increase in the past:

By looking at the three-year peak consumption season of Meralco’s pricing, it’s obvious that power rates go up during the summer due to a lot of factors. Among them: extended use of fans and air-conditioners, frequent use of refrigerator, family members staying mostly at home—you get the idea.

What do the ‘estimate’ and ‘actual’ consumption mean?

Another factor: Meralco says that due to the lockdown, meter reading was not possible. This is why your bills for March and April were based on your average consumption between December 2019 and February 2020 for March 2020 due—and January 2020 to March 2020 for your April consumption.

Your estimate for the said months will be lower because they sourced the average usage from lean months (i.e. colder periods of the year).

Meralco only resumed its meter-reading operations in May, and they say that’s the time they could record your actual consumption for the past two months.

If you compare their estimate for your March and April usage (which is, mind you, based on cooler months consumption) and your actual use (based on their most recent readings), you can truly expect a huge disparity between the two.

What should I do with my Meralco bill?

With the said factors at play, don’t be surprised to see the following in your latest Meralco bill:

Now what happens if you’ve already paid your Meralco bill for the past two months using the average consumption?

The amount you’ve paid will be deducted to the actual bill due to meter reading. For instance, if your estimated March bill was ₱500 but in reality, you consumed around ₱1,500 worth of electricity, then you still have to pay ₱1,000.

The operative word here for your March and April consumption is “estimate.” You still have to pay what you actually consumed for these months.

Can I pay in installment?

Contrary to what you’re being led to believe, the amount you have to pay Meralco for this season isn’t a product of bill shock. If you’re prudent enough to put aside your payment for March and April—or you have enrolled your account number to your credit card’s auto debit feature—you don’t have to worry about your May bill since you can wipe your slate clean once and for all.

But for customers whose livelihood has been severely impacted by the pandemic, how will they be able to bounce back after this?

Fortunately, Meralco is offering some assistance to its consumers. In its most recent statement, your unpaid bills from March to May will be converted to equal installments. This means that your June amount will consist of repayment for your unpaid balance as well as the your consumption for the month.

For example, your total bill from March to May (based on the factors above) is ₱6,000 and your consumption last February exceeds 200 kWh. The said amount will be distributed to your balance from June to September at ₱1,500 per month.

If your sample amount for June is ₱2,000, then add ₱1,500 to that and you owe them ₱3,500 on your next bill. Do this until September. Your account will normalize once you get your October statement.

One final note: Keep in mind that you don’t have to go to an actual Meralco branch to settle your electric bill (and other utilities, for that matter). You can turn to mobile or online payment platforms to pay your dues so you don’t have to unnecessarily expose yourself to the risks of COVID-19. 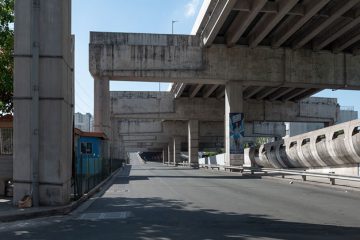 ECQ Extension 'Possible' In Most Areas In Metro Manila 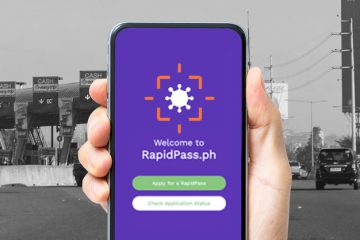 How To Get An IATF RapidPass: Application Guidelines 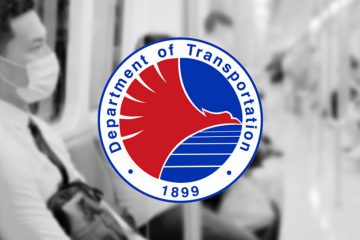 DOTr Guidelines For Commuters During The Quarantine