Flight attendants (FAs) are our beacon of positivity in even the dreariest or bumpiest of flights. They greet us with a smile, effortlessly (so it seems), help us fit our baggage into the bins, reassuringly remind us of the safety features and procedures, and throughout the flight go through the aisle bringing comfort and care to passengers.

In the Philippines, FAs average a total of four domestic flights per day. The DOLE website shows a Flight Attendant’s monthly salary in the Philippines starts from P18,000, up to P26,000 and can reach up to P36,000 to P54,000 for the more tenured ones.

We asked Stephen*, a former flight attendant for over 10 years. We asked him to spill the proverbial tea on in-flight stories and interesting stuff he’s experienced as a seasoned FA.

“My advice for incoming FA trainees is that they should be ready to shoulder all the expenses when they get trained as an FA,” said Stephen.

So that means, you should have some sort of emergency fund or money set aside to cover your expenses during training for that six months or more.

2. But the regular ones do get a handsome pay and sizable allowances

Of course, the actual pay many vary depending on the airline you work for, the flights you work on, as well as your level, but according to Stephen, he knew seniors who were getting P70,000 to P90,000 a month.

As he recalls, his basic pay during his last year as an FA in 2017 was P21,000 plus allowances. The allowances he was getting as an FA was a prod-per-hour of P500 per domestic flying time. He was also getting a monthly transportation allowance (P10,000) and a per diem allowance.

“The per diem allowance depends on the place and the duration of your stay that ranges from $260 to $83,” said Stephen.

3. There’s one good reason to switch your phone to airplane mode

“It’s not as strict as it used to be. Turns out turning your phone off or switching to airplane mode wasn’t affecting anything related to flights,” says Stephen.

He says it was a captain on one of the flights who told them that it doesn’t affect the signals in-flight. What he knows, though, is that when a phone isn’t on airplane mode while flying, the battery gets drained fast because it’s trying to pick up a signal the whole way through.

However, it’s still best to follow the airplane mode rule because there’s not much evidence released of how it affects flights either way. Authorities such as the Federal Communications Commission of USA that regulates media communication stand by the rule of asking passengers to set their phones to airplane mode, “to protect against radio interference to cell phone networks on the ground.”

The chairs and the entire plane are cleaned and vacuumed by ground workers after every flight, including the lavatories. Soaps are refilled, and the toilet is sanitized.

He does share that, in-flight, if something happens, it’s mostly the junior FAs that have to clean it all up. So, as responsible passengers, always clean as you go!

5. Say no to scrambled eggs

If you are particular about your eggs, here’s a tip from Stephen. Get the sunny side up.

“The scrambled eggs are fake, it’s from powdered egg,” he shares. “The sunny side up is real, though.”

Also, if you are avoiding preservatives in your food, he himself always avoided the packed meals as they all have preservatives. He does, however, state that food is indeed fresh.

“It’s always delivered within the day, or 24 hours before a flight,” he said.

But using the oven onboard was one of his least favorite parts of the job. The reason? It’s cleaned only about four times a week by ground crew.

“I remember the oven always stinks and made me want to gag,” he confessed.

Food for FAs, though, is a job perk. Stephen adds that as for meals, they would have two meals for a whole day flight, lunch and dinner, with yogurts and fruits.

Plus, here’s an interesting fact. The pilot and the co-pilot are not served the same type of meal. This is apparently a safety procedure.

“In case one meal is poisoned, at least the other pilot is alive,” said Stephen.

Stephen says the happiest flyers he’s seen are Filipinos in United Arab Emirates (UAE) flights going to the Philippines. When OFWs from the UAE land in Manila, emotions run high.

“The UAE flights to Manila are always a good experience. The passengers are very happy. Once we land, you can hear them clapping and cheering, all very excited to see their families after years of working overseas,” said Stephen.

He then says that it’s the opposite for Manila to UAE flights. The mood can get heavy, “Passengers flying Manila to UAE are mostly teary eyed or crying,” he said.

7. The trick to dealing with decompression

Stephen offers us the following tips about dealing with decompression on a plane. According to him, other than the smoke, signs of decompression include ear popping, difficulty breathing, and sensation that the light is too bright. There could also be a hissing sound inside the plane.

Decompression is one of the reasons to deploy the oxygen mask, so hopefully, you pay attention to the FA’s safety demonstration. Stephen reiterates that panicking is not the answer and that you should don your own mask as quickly as possible before thinking about anything else.

“The oxygen mask should be donned within five seconds, which is considered the ‘useful time of consciousness,’” he says.

Once, when they were on a flight on an older plane, his fellow crewmember says that they saw an FA pass who was wearing an older version of the official uniform. As if that wasn’t creepy enough, no one else saw this particular woman outside of the plane.

He also heard stories of flights where the FA’s headcount wouldn’t match the official count on the manifest. There was an “extra” passenger that they couldn’t account for.

9. Knowing an FA could give you perks

“We used to bump up flights to first class of people that we knew—especially families and friends,” Stephen says.

Overbooked flights in the economy sections also called for upgrading passengers with enough miles or points on their credit card that is partnered with the airline. Well, that’s one good reason to get a travel credit card now. 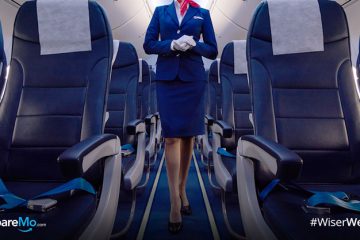 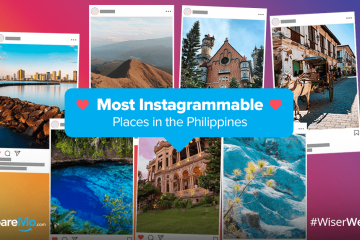 Top Instagram-Worthy Destinations In The Philippines