Before you start planning on how to spend the holiday largess, make sure that you really know how to compute your 13th month pay this 2018. Things have changed. In case you forgot already, this will be the first season where your Christmas bonuses will be affected by the changes brought by Tax Reform for Acceleration and Inclusion (TRAIN) Law of the Philippines.

Will the tax reform give you a bigger take-home pay this holiday? We did a sample computation.

A brief history of tax exemptions for 13th Month Pay

Before 2015, the non-taxable ceiling for bonuses was P30,000. Then the government passed Republic Act No. 10653, which amended the tax-exempted cap for the 13th month.

According to RA 10653, Filipinos could enjoy a tax-free bonus up to P82,000. Any amount that would exceed the said tax-free ceiling would be slapped with a 20-percent tax. The act also mandated that the current President should revise it every three years to reflect the changes in the consumer price index.

One of the original suggestions on how to tax 13th-month pay and other forms of bonuses was to scrape the exception altogether and just include it as the part of a P250,000 income tax exemption. That was until the Upper and Lower House came into an agreement.

How much is 13th-Month Pay in the Philippines?

Under the new tax law in the Philippines, all rank-and-file employees that have worked at least one month in a certain private company are entitled to 13th-month pay . Unlike in the previous amendment of the policy, the 13th-month pay now has an income tax-free ceiling of P90,000.

To get the amount of your 13th-month pay, you must first be able to determine your basic annual salary.

The anatomy of a 13th-month bonus

If you’ve spent an entire year working for the same company, then computing your 13th-month pay will be easy: the amount you get will be your monthly gross income.

In a nutshell, the 13th-month pay is your basic annual salary divided by the number of months you rendered within the year.

The Department of Labor and Employment (DOLE) defines basic pay as “all remunerations or earnings paid by an employer to an employee for services rendered, but does not include allowances and monetary benefits which are not considered, or integrated, as part of the regular, or basic, salary, such as the cash equivalent of unused vacation and sick leave credits, overtime, premium, night differential and holiday pay.”

Let’s say that you have a basic monthly salary of P20,000 and you’ve spent the entire year with that company , the computation will be like this:

The computation inside the parenthetical marks is your basic annual salary. Although not shown in the formula above, a person with a P20,000 gross monthly salary will have a basic pay of P240,000. That number will then be divided against the number of months you spent with the company.

(Read:  Here’s A List of Mandatory Employee Benefits In The Philippines)

What if you were on leave for two months without pay because of whatever reason? The months where you didn’t render any service to the company will not be included in the computation , although the annual basic pay will remain the same .

If you will solve for the 13th month-pay using these variables, this will be the formula:

The fewer months you’ve spent with a company for a certain year, the smaller your take-home will be.

If you’re one of the lucky people raking in at least six digits every month, then you have to take into account the tax exemption cap in your bonuses. Apart from the 13th-month pay, high-income individuals also have to take into consideration their other bonuses—and you have to know which ones are taxable and not.

(Read:  The Christmas Bonus Around The World: Which Countries Give 13th Month Pay?)

Before the implementation of TRAIN, a 20-year old regulation by the Bureau of Internal Revenue (BIR) considered premiums paid by the employers for their employees as fringe benefits. This insulates Filipinos who enjoy medical insurance coverage paid by their employers to not pay taxes for their premiums.

However, a new circular from the government tax agency released a circular clarifying the stance of the BIR regarding some taxable bonuses and benefits.

According to Revenue Memorandum Circular 50-2018, “premium on health card paid by the employer for all employees…under a group, insurance shall be included as part of the other benefits of these employees which are subject to the P90,000 threshold.”

When your health insurance is paid by your employer, the premium will be added to other forms of bonuses that you get. If the total amount of benefits remains below P90,000, then you still don’t owe the government any taxes. However, anything that exceeds the P90,000 cap will be added to your annual income tax and it may or may not change your income tax rate.

For employees in the top-tier positions, such as managerial and supervisory levels, whose premiums are paid individually, are subject to fringe benefits tax. The TRAIN Law stipulates that fringe benefits such as housing and vehicle allowances will be levied by a 35-percent tax , a three-point increase from the pre-TRAIN rates.

(Read: A Handy Guide To Tax Refunds In The Philippines)

How other bonuses affect your 13th Month pay

If you want a more concrete example on how these bonuses can affect your 13th-month pay, take a look at the example below:

In this scenario, a person has a basic monthly salary of P32,000 and that person has been with the company for a year. Based on the computation, the person has a P384,000 annual basic salary, putting him on the second-tier of the income tax bracket .

By the end of the year, the said employee accumulated a combination of bonuses to the tune of P60,000. If you add the 13th-month pay to the mix, the total number of monetary compensation under “other benefits” will be P92,000.

Let’s say the health insurance premium paid by the employer is P20,000 per employee, the person will receive P112,000 apart from his salary—which means the P32,000 in excess will already be added to the basic income . Unfortunately, that’s not the end of it.

Based on the income tax schedule under the TRAIN Law, individuals who earn between P400,001 and P800,000 are slapped with P30,000 and 25 percent of the amount in excess of P400,000. This means that the individual in the example will be deducted P34,000 in tax. How these deductions will be made is up to the employer’s accountant.

With these changes in place, the lesson here is that don’t count your chickens before they hatch. You might be surprised at the amount you’ll receive by the end of this year. 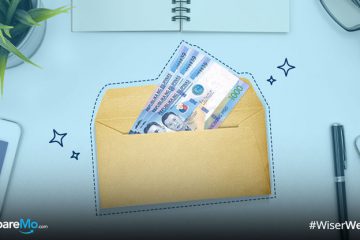 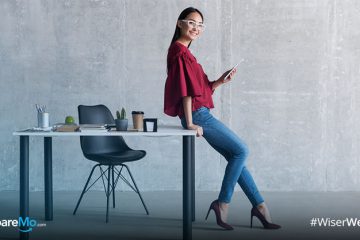 Millennial OFWs Talk About Their Own Definitions of Success