America has spoken: Donald Trump is the 45th President of the United States. After months of going head-to-head with former US Secretary of State Hillary Clinton, the business mogul emerged victorious after winning 276 electoral votes, a little over the 270 needed to become the Commander-in-Chief of the world’s most powerful nation.

While analysts are still speculating on the effects of the Trump presidency in the US, experts in the Philippines have also spoken out about the issue.

With Trump assuming presidency next year, how will his political and economic stance affect the Philippines, one of the oldest allies of the US in terms of politics and economy?

On November 9, the Philippine Stock Exchange index (PSEi) reacted negatively upon learning that the Republican bet won the 2016 US presidential elections. The surprising victory of Trump was attributed to be the cause of the fall of the index by 188.87 points on Wednesday, causing a 2.58% dip as it closed at 7,119.04 points.

“This is clearly in line with the Trump victory,” Bank of the Philippine Islands associate economist Nicholas Antonio Mapa told Rappler. “Gross risk off sentiment dominated trading in Asia given Trump’s supposed anti-globalization stance and his vitriol against migrants, which could hurt remittances flows, trade and aid. Thus, Asian markets are reeling and we can expect the same as Europe opens trading.”

While the entire stock market may be reeling from the loss due to Trump’s victory, there is one winner in all of this.

Century Properties, the local developer of the Trump-licensed Trump Tower in Makati, experienced a 20-percent hike in its shares after the results of the election came to a stunning conclusion.

Pundits predicted that before the year 2016 ends, the BPO industry will achieve a total revenue of up to $24 billion, which is a 16-percent increase from the previous year.

While the outlook on the outsourcing industry has always been positive, the change of management in the US government may spell end of this streak.

During his campaign, Trump promised his supporters the “End of Offshoring Act,” which will impose tariffs on companies who plan to take their operations overseas.

While it is originally targeted at companies like Ford who close their factories in the US to open cheaper ones in countries like Mexico, the call center industry feels unease with Trump.

“Trump was sending signals that if he wins, he would want to retain jobs in the United States and not bring them out, and that could really affect the outsourcing business,” Joji Ilagan Bian, founding president of the Philippine Call Center and Outsourcing Alliance, told ANC.

With 70 percent of BPO jobs coming from the US, the threat is to the industry—which is projected to have 1.8 million workers and $40-billion revenue—is real.

While the availability of jobs in the Philippines have been increasing, a lot of Filipinos still want to add themselves to the 2.4-million strong overseas workforce of the country.

Since Trump’s focus on prioritizing Americans in terms of employment may slow down—or even completely be put to a halt—the continuous support of the American job market to Filipinos abroad. He seems also hell-bent on fulfilling his promise to deport three million illegal immigrants in the US.

Cielito Habito, former Director-General of the National Economic and Development Authority, wrote that Trump’s anti-immigration stance may pose a threat to the OFW sector, which is responsible for around three percent of our country’s GDP.

“Trump’s promised clampdown on immigration could be a threat, especially with almost half of our overseas remittances coming from the United States. Will he drive Filipino immigrants, most of whom are productive professionals, out of his country? I don’t see it likely. Will Filipinos find it harder to migrate there, legally or otherwise? Maybe so,” he wrote in his opinion piece on the Philippine Daily Inquirer.

In the end, Trump’s ascension to the Oval Office will definitely have a huge impact in our economy. While there have been projections as to how his administration’s policies will affect us, the only thing we can do is wait for him to move to the White House and enact his promises. 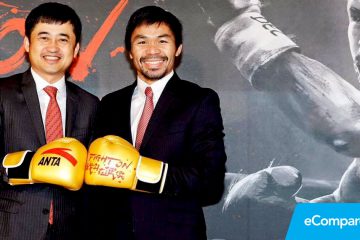 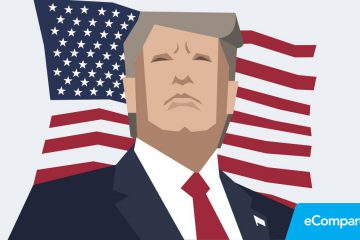