The Philippines remains one of the countries of concern amid the threats of the novel coronavirus now officially known as COVID-19. And with that, the country has taken immediate measures in preventing it from spreading in the country.

Dr. Edsel Salvana, Director of the University of the Philippines’ Institute of Molecular Biology said in an interview with the Guardian that the public should not panic and stop sharing fake news.

“[Studies show] the novel coronavirus is not uniformly fatal and that recovery is more likely than dying from the disease,” Salvana said.

Nevertheless, efforts of preventing the spread of the virus are still in effect and being followed around the country. There is still the ongoing temporary ban of foreign nationals coming directly from China, Hong Kong, and Macau and a travel ban to those areas for Filipinos. Citizens who do come to the Philippines from those areas will be subject to a 14-day quarantine.

Major airlines such as the Philippine Airlines (PAL) and Cebu Pacific have also canceled several flights in an effort to help curb the disease’s spread.

Cebu Pacific also canceled flights to mainland China, Hong Kong, and Macau from February 2 to March 29. Those who booked in the affected flights can either rebook to a new flight date that is within 30 days of the original flight, refund the tickets, or store the value of the ticket into a travel fund for use in the future.

(Read: What Happens At The Bureau of Quarantine: Clearances And Quarantine Procedures)

Just this weekend, the Bureau of Immigration (BI) announced that they are implementing a ban on travelers coming from North Gyeongsan Province in South Korea. The area has shown an alarming spike in COVID-19 cases.

According to CNN Philippines, as of February 28, there were 2,337 cases of COVID-19 in South Korea and 13 recorded deaths.

Exempted from the travel ban will be Filipinos and, if applicable, their spouses and children, as well as permanent residents of the country, and diplomatic corps members. Though they may be subject to screening and quarantine procedures.

While the travel ban just covers North Gyeongsan, Cebu Pacific and PAL have already taken the initiative and canceled several of their flights to other major South Korean cities. Most of their flights to Incheon, Busan, and Seoul have been canceled for at least a month.

Cebu Pacific has canceled the following flights from March 3 to April 30:

As with their canceled flights to China and its territories, passengers on these flights can either rebook, refund, or store the value in a Travel Fund.

Meanwhile, PAL has canceled the following flights for March:

(Read: Know Your Rights As An Airline Passenger When Traveling Here And Abroad

Public events, whether for sports, musical acts, and others were getting canceled one by one, as the Department of Health (DOH) recommended the cancellation of crowded events and gatherings until further notice. DOH Secretary Francisco Duque III also advised everyone to “avoid crowded places and continue to practice self-protection measures” in an advisory posted last February 7.

However, DOH Undersecretary Eric Domingo made it clear that holding big events is not illegal. It is the organizer’s responsibility to take precautionary measures for event-goers.

As of writing, these are the events that have officially announced their suspension and cancellation.

According to OneNews, “the Department of Education has ordered the suspension of all national and regional activities as well as field trips and other off-campus events to minimize the risk of nCoV contagion.” The following are the events that are deemed cancelled or postponed to a later date: 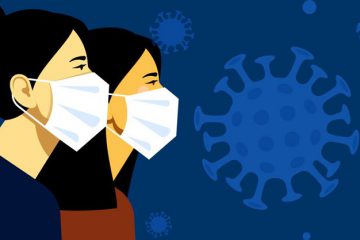 What Happens At The Bureau of Quarantine: Clearances And Quarantine Procedures