Boracay Closure: Flight Cancellations, Economic Impact, And Other Things You Need To Know

No more Laboracay? But why?

On social media, both netizens and tourists, have been expressing their disappointment over having to change their vacation plans as the famed island of Boracay is now closed until at least October of this year.

The Departments of Tourism (DOT), Environment and Natural Resources (DENR), and Interior and Local Government (DILG) have all endorsed the temporary shutdown of Boracay Island for about six months.

The news has been received with cautious approval from environmentalists, but dismay from most “vitamin sea”-seeking Filipinos and foreigners. There has also been some concern as to the economic impact this will have on the island’s residents, most of whom are employed in the island’s tourism and hospitality industries.

Just what is behind the Boracay closure and how will it affect island life for both the residents and disappointed tourists? We break it down for you.

1. What led to the temporary closure of Boracay?

On February of this year, President Rodrigo Duterte declared his intention to see to the closure of certain Boracay establishments and even a total shutdown of the island due to businesses failure to adhere to environmental regulations and policies.

The President called the island a “cesspool” and predicted that, unless something was done, the island would no longer attract tourists.

The dictionary definition of a “cesspool” is a tank where waste matter is decomposed. While Boracay and the waters around it are not literally a “tank,” the amount of waste matter in its waters have been a cause for concern for 20 years now.

The rising coliform levels were blamed on inadequate septic and sewerage systems on the island. As a result of the alarm raised back in 1997, a potable water supply system, a sewage treatment plant, and a solid waste disposal system were finally installed on the island.

Seven years after the initial scare, The DENR reported that coliform levels were still high because not all business operating on the island were complying with proper waste disposal regulations. Only 51 percent of the hotels and restaurants serving the throngs of tourists were connected to the sewage treatment plant.

The last real attempt to control the sewage in Boracay’s waters was in 2009, when Boracay Island Water Co. (BIWC) won a contract to install and run an efficient sewerage system on the island. They are currently in charge of the island’s sewage system, but coliform is still being detected in the water.

Another side effect of the waste in Boracay’s waters are the sudden algae blooms that have been spoiling tourists fun, coating the famed crystal-clear waters and white sands with an unsightly and slimy film of green.

3. What is going to happen while Boracay is closed?

Well, first of all, Boracay will only be closed to outside visitors. Which means tourists both local and foreign. Residents of the island can exit and enter as they please.

Mostly, though, Boracay is going to be closed for six months to facilitate efforts to clean up the island. A bulk of the work will consist of fixing the garbage disposal system and the sewage lines. New water treatment facilities are also going to be built.

Establishments on the island will be inspected to validate their compliance with environmental rules and regulations. Around 102 or 109 buildings have also been identified as currently violating the 30-meter easement rule. This means they are built to close to the shoreline and, if the owners don’t voluntary demolish them, the government will.

There are also about 984 illegal structures built on forest land that are supposed to be demolished.

4. But I’ve heard that “environmental protection” isn’t the real reason…

On another note, some skeptics speculate about the timing of the island closure and the recent approval of the construction of a casino in Boracay.

Critics speculate that the closure for the rehabilitation of the tourist-flocked island serves as a “smokescreen” for the construction of a casino and resort by the Macau-based casino operator, Galaxy Entertainment and its Philippine partner Leisure and Resorts World Corporation.

“It seems that the environmental and sanitation issues are just being used as a smokescreen, and even leverage against the people of Boracay,” said Bayan Muna party-list Representative Carlos Zarate.

Nenette Graf, head of the Boracay Foundation, also commented that the “coincidence” appears “odd’. “You want to close the island, but at the same time allow a casino operator in?” Graf said.

Despite the island’s temporary closure, the chair of the Philippine Amusement and Gaming Corporation (PAGCOR) Andrea Domingo announced that Galaxy was given a green light to the $500 million beachfront casino construction. Domingo reassured that the corporation would preserve the environment. “I don’t think they would risk losing that investment by dumping filth in front of their property,” she said.

5. My Boracay vacation has already been booked. Now how can I get my money back?

For Cebu Pacific clients: Passengers are eligible to get a full refund, rebook the flight, or reroute to any domestic destination. They also have an option to place the full value of the ticket in a travel fund for future use. Passengers can manage their bookings through the official Cebu Pacific website.

GetGo members who redeemed flights during the flight suspension period can retrieve the credit back points to their GetGo accounts. Members also have the option to rebook or reroute to any domestic destination up to 30 days from original travel date.

Per Cebu Pacific’s official statement, six flights would be retained “to serve local residents and ensure continuity of commerce in Northern Panay island” during the temporary closure period.

For Philippine Airlines clients: Passengers of Kalibo and Caticlan flights have the option to rebook, reroute, or refund with waived penalties and charges. Passengers may choose either domestic and international routes for rerouting. Passengers are recommended to visit the nearest PAL ticketing office, call the official hotline or log on to PAL official website to settle their tickets.

Hotel and accommodation giants such as Hennan Group, Shangri-La and Discovery World have already started cancellations, refunding, and allowing rebooking for future dates of the island’s reopening.

6. Boracay is the most famous tourist spot in the country. Wouldn’t this closure affect the economy?

The National Economic and Development Authority (NEDA) estimates that the closure will cause an insignificant decrease in the national output.

“The overall picture we see is even if the ban extends to up to six months, at the macro level it’s not going to be significant—the most is something like 0.1 percent of GDP [gross domestic product],” says NEDA Director Reynaldo R. Cancio.

7. What will happen to the businesses and employees relying on the booming tourism for a living?

Presidential spokesperson Harry Roque said that President Rodrigo Duterte is set to declare the island under a state of calamity. The government has allocated a P2 billion calamity fund to aid displaced workers.

Roque also added that, given the amount of manpower needed for the cleanup activities, displaced workers could find themselves employed in the rehabilitation of their island.

NEDA Undersecretary Rosemarie G. Edillon reiterated that the government will guarantee the welfare of businesses and workers.

“I think it’s best that we leave it to the concerned authorities to say that there will be a contingency plan for them to provide social protection for those who will be affected,” Edillon said.

“There has to be the proper timing and coordination in coming up with that contingency plan and other possible employment opportunities,” she said, addressing the significant impact on about 36,000 jobs in the locality.

Over 17,000 employees would be directly affected, while another 19,000 informal workers would also be affected, said the foundation’s director Leonard Tirol.

According to the Foundation, instead of a six-month shutdown, stakeholders should be allowed 60 days to conduct their own cleanup and rehabilitation initiatives. Also, the government should only close establishments found to have violated environmental regulations, not the entire island. 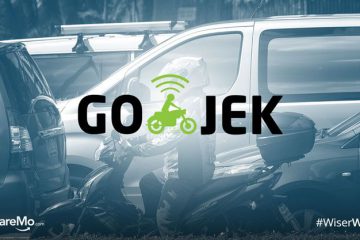 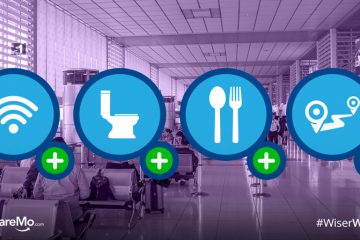 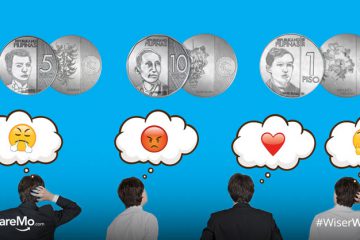