Several major Philippine banks have enjoyed an increase in ranking among the world’s most valuable banking brands.

The latest edition of Banking 500, an annual report released by branding valuation consultancy firm Brand Finance, revealed that the biggest local banking brands are thriving as the financial industry in the Southeast Asian region continues its upswing.

Based on the 2018 Banking 500 report, major banking brands in the Philippines received better rankings compared to last year. BDO received a higher brand value from 2017’s $1.056 billion to $1.223 billion this year.

The rest of the banks that made it to the Banking 500 global report were the following:

UnionBank of the Philippines

Although some brands like the Philippine National Bank and China Bank went down in their regional rankings, all the major banks in the Philippines received a more positive grading from Brand Finance.

In addition to higher valuation, they all received an upgrade in their ratings, with BDO and BPI leading the pack with their AAA- scores.

The Banking 500 also welcomes EastWest Bank as a newcomer to their rankings. The Gotianun-led bank surprised everyone with its strong performance in its services like core lending, return on equities, and return on assets. In a report by the Philippine Daily Inquirer, EastWest Bank grew its first-half 2017 profits by 60 percent year-on-year to P2.5 billion.

The rise of local banking brands, which is a common trend in the ASEAN, was due to the increased activity of banks, especially in the merger and acquisitions department.

According to media intelligence magazine Marketing, the rise of regional banks “also indicates ASEAN’s consumers growing affinity for brands and branded goods has also helped set a solid foundation for competitive brands from the region.” 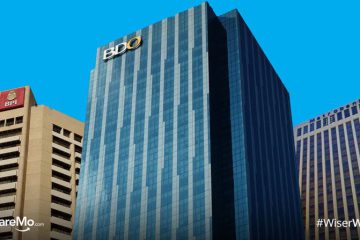