This week, the Metropolitan Manila Development Authority (MMDA) announced that the agency finally got the green light from the Metro Manila Council on two potential traffic-solving schemes.

The first one is a partial ban on provincial buses during rush hour. The second, more controversial issue that has been floated since last year was the implementation of a high occupancy vehicle (HOV) lane, also known as carpool lane, along Edsa.

What is a carpool lane?

As early as December last year, the MMDA already tinkered with the carpool lane and even conducted a one-week dry run of the potential scheme.

Under the proposed carpool lane scheme, only vehicles transporting two or more people will be able to use the designated lanes. Meanwhile, vehicles without passengers other than the driver will be relegated somewhere else.

During its dry run, non-HOV vehicles were assigned to a lane sandwiched between the buses and motorcycles.

Why do we need it?

In a statement, the MMDA said it “floated the idea of implementing this last year to maximize the movement of people rather than vehicles by giving them exclusive lanes along Edsa.”

MMDA General Manager Jojo Garcia said that the mayors wholeheartedly agreed with the implementation of the carpool lanes, given that most vehicles that traverse Metro Manila’s busiest thoroughfares are private cars.

“We have data that 70 percent of vehicles along Edsa carry only the driver,” said Garcia. “We hope to encourage carpooling with the HOV scheme.”

We ask the hard questions

Since carpool lanes are highly likely to be the future of mobility in Metro Manila, we have some questions regarding the implementation of the HOV-exclusive lanes in the weeks to come.

Are the crucial details for the HOV lane policy already out?

No. According to Top Gear Philippines, details such as window hours, rules and regulations, penalties, and other important pieces of information are going to be provided this Friday.

Was the December dry run the only trial period we have for the HOV lane?

No. Garcia said that a test run of the HOV lane policy is slated to start on August 20.

Will there be a ban on single-occupant private vehicles in Edsa?

No. The potential policy will only prohibit cars without passengers on HOV lanes only.

If you still remember the dry run last year, carpool vehicles are the only ones who could use Edsa’s innermost lanes, which were designated as HOV lanes. If you do not have passengers, you are not allowed to use this.

What is the goal of the HOV lane?

According to MMDA Traffic Engineering Center Director Noemi Recio, the HOV lanes are supposed to encourage drivers who don’t have passengers to ferry people other than themselves using their cars. Currently, there are 365,000 private cars that use EDSA every day—and 70 percent of them are only occupied by a single person.

How exactly will the HOV lane decongest Edsa traffic?

There are many ways HOV lanes can make Edsa less nightmarish. But first, let’s do the math.

Currently, Edsa is divided into two portions: the two outermost lanes are dedicated to buses and other private vehicles while the rest are for private cars. Motorcycle riders share the fourth lane with vehicles.

The three lanes are being shared by 365,000 vehicles every single day—and these cars make up the bulk of the traffic in Edsa.

If 70 percent of private vehicles in Edsa are going to be herded towards the non-HOV lane, then only 30 percent of these cars will be able to use the HOV lanes, while everyone else is funneled in a single lane.

Now, if a non-HOV car decides to just carpool with another driver, that will be great because it’s one less car off Edsa. If more people will do that, then not only they can use the carpool lane, which has fewer vehicles, but they are also decongesting the single-occupant lanes for those who either cannot carpool for some reason. It’s a win-win.

As a driver who wants to enjoy the HOV lane in the future, can I bill my passengers?

Carpooling is in its nature non-profit, which means it is not a gig for people to exploit. Unfortunately, there is no clear legal framework for what separates carpooling and transportation network vehicle services (TNVS).

The Department of Transportation lifted the meaning of transport network companies from one of California, one of the few places in the world that embraces innovations in transportation rapidly.

According to the said law, a TNC is an “organization whether a corporation, partnership, sole proprietor, or other form, that provides prearranged transportation services for compensation using an online-enabled application or platform technology to connect passengers with drivers using their personal vehicles.”

The operative phrase here is “for compensation.” If you’re ferrying people and you’re doing it for free or for merely gas money (which is considered splitting the bill), then it’s still considered as carpooling. If you’re charging them more than the amount of fuel you need for that trip, then you’re already making money out of it.

Another important aspect that separates carpooling and TNVS operation is the destination. In the former, you have a specific route to a destination and your passengers can only board or alight your vehicle along the way. Meanwhile, the destination of the TNVS has been pre-specified by the passengers, thus making his operation similar to taxis.

As for the specifics of carpooling in the Philippines, things are still nebulous and we just have to see how this goes.

Is there a platform for carpoolers and passengers to meet?

Before the advent of digital technology, our version of the carpool here was enabled by the word “pasabay.” You just inform someone beforehand that you’re pooling and you’re set. While this still works, apps like Wunder made the connection with drivers and carpoolers much more convenient.

In California where they have strict HOV lanes as well, they have created portals where drivers and carpoolers can meet. These platforms are sanctioned by the state government and they undergo rigorous scrutiny before they can operate.

In the Philippines, carpooling is very much alive between friends and family members. However, we’re still cautious about letting strangers ride our vehicles.

Right now, people either have to use Wunder or numerous Facebook groups out there to look for drivers or carpoolers.

How are they supposed to catch those who are violating the HOV lane policy? You don’t expect traffic constables to flag people on Edsa, right?

Violators of the carpool lane, as well as other traffic infractions, will be notified through the no-contact apprehension policy.

I realized that HOV lane violators can only be apprehended if there’s visual evidence of the infraction. Can I get heavy-grade window tints?

Before you get dark window tints, you may want to hold your horses. Last January, the Land Transportation Office (LTO) said it would consult members of the public and private sector regarding the regulation of window tints.

The agency is expected to release the guidelines this year and every vehicle owner will be given ample time to make the necessary changes. So, if I were you, I wouldn’t hastily go to Banawe and get heavy window tints.

Can I get a blow-up doll to pose as a passenger? 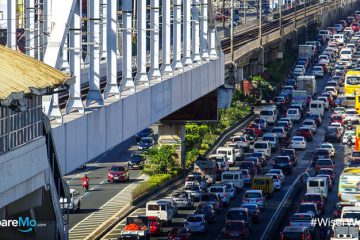 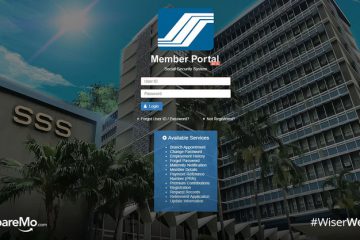