The Samsung Galaxy S9 is almost on Philippine shores. Sources have already released the pricing for next edition of the Korean manufacturer’s flagship smartphone line.

According to local tech website YugaTech, preorder prices of the Galaxy S9 and S9+ are as follows:

Although Samsung’s new flagship smartphone looks and feels uncannily similar to its predecessor, the insides pack a whole different punch.

The S9 platform uses either an Octacore Snapdragon 845 chipset or Exynos 9810, depending on the region. Its astounding processing power is coupled with either 4GB RAM on the S9 and 6GB RAM on the S9 Plus.

The S9 Plus also sports up 256 GB of internal memory, which can be expanded by up to 400 GB with microSD card that can go in its second SIM card slot.

The Samsung S9 and S9 Plus come with the standard bells and whistles such as the AR Emoji, Samsungs take on the iPhone’s augmented-reality-powered Animoji.

However, one of the most stunning features of the S9 and S9 Plus is the main f/1.5 rear camera with a mechanical aperture. The S9 Plus takes it up to 11 by coupling it with a f/2.4 zoom camera for crisper, more detailed snaps.

The Galaxy S9 and S9 Plus may have already received praises from numerous tech websites for its astounding specs, but the ever-perennial question still stands: Should you ditch your current phone and buy Samsung newest phones?

In this post, we do the math and calculate whether or not the new smartphone is worth the splurge. based on last year’s releases. We’ll use the base models for the Galaxy S series for consistency.

When the Galaxy S8 came out in April last year, the smartphone clocked at P39,990 during the preorder period. Aside from the smartphone kit itself, the people who preordered reportedly got a wireless speaker worth P5,000 by AKG Acoustics, an audio company under Samsung-subsidiary Harman International.

As of writing, the price of the Galaxy S8 on Samsung’s official Lazada store is still at P39,990 for the base model and the unit with a two-year extended warranty is priced at P41,970.

YugaTech reported that there will be a handful of freebies for those who will preorder the S9 between February 27 and March 6. These include the following:

To compute whether or not the S9 is worth preordering with the following freebies, we checked for the prices of the freebies and computed them against the preorder price of the S9:

If you’re getting the most expensive freebie offered by the Samsung S9 preorder, which is the P5,000 speaker, then your smartphone kit will already come with P7,350 worth of accessories and bonuses, not even counting the vouchers, screen warranty, and discount on wearables. This puts your S9 kit alone at a price of P38,640, a tad lower than the current price of its predecessor

If you prefer better clock speed, higher pixel density, and stereo speakers, then you’re definitely getting more bang for your buck if you get the Galaxy S9 during the preorder period.

It’s no surprise that the value of smartphones, much like anything else, depreciate once newer units are released.

One year after its release, the S8’s value depreciated only by around 15 percent. Although the S8 is still available through official stores at its original price, you now fetch the phone for as low as P33,299 through other sources.

Meanwhile, the Galaxy S7 is a different story. When the S7 came out in 2016, it was initially available for P34,990. However, with 2016 being Samsung’s worst year due to problems with the Galaxy Note7 fiasco, the price of the S7 fell quickly.

Based on the drop in value of the previous versions of the Galaxy, at its current preorder price, the S9 is a welcome and worthwhile replacement for people who own the two-year-old S7, especially with the improvement in specs.

However, if you have the S8, price-wise the difference between the units is minimal. So, unless you have money to burn and really need to be the “in” guy with the latest Samsung gadget, you might want to wait for the S9’s value to depreciate first. 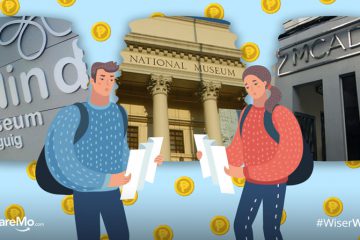 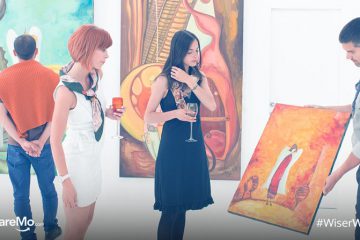 Where To Buy Philippine Paintings: A Guide To Owning Your First Piece Of Art 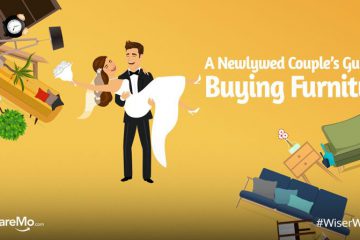