Did you know that you only need one visa to visit 26 countries in the European Union? It’s called a Schengen Visa.

Back in 1995, the European Union established a policy in which you only need one visa to visit European countries in the Schengen area. The Schengen area is a zone in Europe where nations share common travel and movement rights.

The Schengen countries are:

With a Schengen visa, you can travel to any of these countries for a maximum period of 90 days. If you’re ready to plan that grand European tour, download an application form, purchase travel insurance, and decide on a route.

Need some help deciding which countries to visit? Check out our list of Schengen countries—and attractions—to visit for some inspiration.

The Lonely Planet recently rated Zagreb as one of the best places to visit in Europe describing as “at once cosmopolitan and edgy, with its heady mix of Brutalist architecture and sun-splashed Austro-Hungarian squares brimming with coffee drinkers.”

Here are a few places you can go to in your time in Zagreb:

Best time to go: The period of May to September

Trivia:  The city got its name from the Croatian word “zagrab” which means “to scoop” or “to dig”. A folk legend credits the area being named “Zangreb” to a miracle from Blessed Agustin Kažotić, who dug a miraculous well to bring relief from a drought.

The Spanish capital is one of Europe’s most fascinating tourist cities. As the political and economic center of Spain, Madrid is a truly modern city that hasn’t forgotten to pay homage to its cultural past.

The citizens of Madrid have taken great care to preserve the look and feel of their historic neighborhoods and streets. Madrid’s vibrant cultural scene offers something for anyone and everyone who enjoys art, culture, and good food.

Here are a few places you should definitely try and see during your time in Madrid:

Best time to go: April to October. The major festival of Madrid, the San Isidro Festival is in May.

Trivia:  Legend has it that the original name of Madrid was “Ursaria” which is Latin for “land of bears”. It was called this because there were a lot of bears found in the nearby forests. The forests were also home to strawberry trees. Today, Madrid’s coat of arms still includes an image of a bear and strawberry tree.

Paris is one of the world’s most iconic cities and a rich art and architectural hub. While the icon of Paris is the Eiffel Tower in the famed Champ de Mars, there is much to see and discover in this city, both as a solo traveler or part of a couple.

Here are a few obvious sights you need to see in Paris, and a few “lesser known” spots that are definitely worth your time:

Best time to go: June to August or September to October

Trivia:  The earliest inhabitants of the area we now call “Paris” were a Celtic tribe known as the Parisii. The name of the modern city of Paris was derived from the name of this ancient tribe.

One of Paris’s most common nicknames is La Ville Lumière or The City of Light. This isn’t just because of how pretty the skyline looks lighted up, though, it’s because Paris was the first European city to have gas street lighting. In the 1860s, Paris had 56,000 gas lamps lighting its street earning the city its illuminating nickname.

Nicknames: The Imperial City, the City Of Music, The City Of Dreams

Vienna’s charming Baroque architecture gives the city its distinctive look and feel.  It is the capital of Austria and the country’s political, economic, and political center.

While there are a lot of charming sights in Vienna, we’ve listed just a few that everybody raves about for you to check out:

Best times to go: April to May, September to October

Trivia:  Vienna is called the Imperial City because it has been both the seat of the Holy Roman Empire and the capital of the Austro-Hungarian Empire.

Vienna is called the City of Dreams as a homage to Sigmund Freud, who developed psychoanalysis, the study of the unconscious mind. Freud set up his clinical practice in Vienna back in 1886.

Nickname: The Capital of Europe

Brussels is the capital of Belgium. It is also the home of the headquarters of the European Union. The cities carefully preserved gothic and baroque-style plazas and cobblestone streets make this city quite attractive to tourists. It is also known for its beer, chocolate, Belgian lace, and a strange little fountain called the Manneken Pis.

What you should try to see:

Best time to go: Between March and May or September and October

Known as the center of the western part of the Roman Empire, Milan’s storied history are evident in its marble churches and palaces. The city may be steeped in history, but that doesn’t stop it from also being an epicenter of contemporary art, architecture, and, of course, fashion. Milan is home to the headquarters of many top fashion brands like Versace, Armani, Dolce and Gabbana and Prada.

Here are just a few of the interesting sights that await you on your visit to Milan:

Best time to go: April to May, September to October. The Milan Fashion Week happens twice a year, if you want to catch it, go on February/March or September/October.

Trivia:  There have been people living in the area of Milan since 600 BC. Milan is said to have been founded by two Celtic tribes, the Bituriges and Aedui. These tribes had the ram and the boar as emblems respectively and the current city symbol, a wool-bearing boar pays homage to the original tribes.

Nicknames: The City of a Hundred Spires, The Golden City

Deemed as one of the most scenic cities in Europe – even during the Middle Ages, Prague is a real-life fairytale metropolis. Bisected by the Vltava river, the city is known for its Gothic churches and baroque buildings.

Here is a list of just a few of the best sights this city has to offer:

Best time to go: March to May, September to October

Prague probably came from an old Slavic word “prah” that means ford or rapid. This could be a reference to the city being a crossing point for the Vltava.

Prague became using the nickname “City of A Hundred Spires” back in the 19th century, when mathematician Bernard Bolzano declared that was how many spires he counted. Nowadays, according to the Prague Information Service, the count is probably more at 500.

Nicknames: Pearl of the Danube

Budapest is the capital of Hungary. Bisected by the Danube river, it is rich in history dating back to the Old Stone Age. It is filled with museums and cultural institutions where you can while away an idyllic afternoon and restaurants, bars, and cafés where you can have drinks, food, and conversation.

Here are a few things that you should try to see while you are in Budapest:

Best times to visit: March to May, September to November

Budapest is actually a combination of two cities: Buda, the ancient Hungarian capital located on the west bank of the Danube and Pest, located in the eastern part of the Danube. The two cities, plus the city of Obuda, united back in 1873.

Lisbon is a charming and serene haven in the western Iberian Peninsula on the coast of the Atlantic. It is the capital of Portugal and the oldest city in Western Europe. The city has preserved much of its historical architecture and a stroll through its streets will take you past buildings build in the Gothic, Romanesque, Manueline, and Postmodern style.

Here are just a few of the sights that await you on your trip to Lisbon:

Best time to go: March to May, September to October

Trivia:  The city name is said to be as old as the city itself, with some claiming it was derived from the Phoenician term “Alis-Ubo,” or “safe harbor.” Some Roman authors also claim that Lisbon was founded, and named after Odysseus, as he journeyed home from the Trojan Wars.

If you decide to travel to any of these countries or apply for a Schengen Visa, note that you need to have travel insurance when you apply for one.

Travel insurance plans like Charter Ping An’s SmartTraveller provide holders with assistance in almost any emergency situation, in the Schengen area and more.

With SmartTraveller, you can be sure of being protected in cases of travel inconveniences and loss of personal belongings, while getting personal accident coverage, liability and personal safety coverage, and 24-hour medical assistance. Get a free quote today. 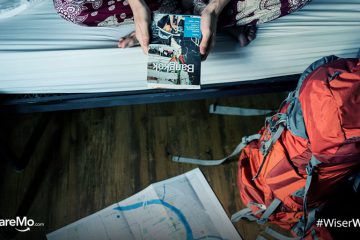 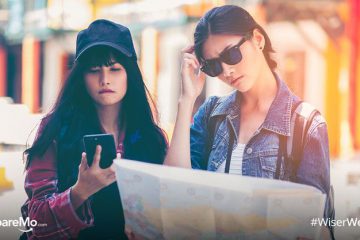 13 Common Travel Mistakes And How To Avoid Them 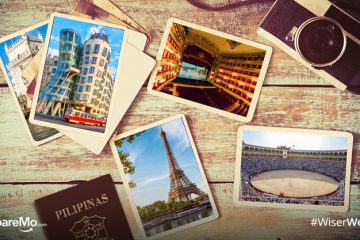