Bitcoin was a hot topic a few months ago when its value skyrocketed to unprecedented levels. This spurred a blockchain boom when everyone released their own form of crypto.

Even startups hopped the bandwagon in securing funding for their ventures, through unregulated means like initial coin investment. Eventually, bitcoin’s meteoric rise at $19,195 per BTC slumped down to $6,608 for one BTC. Still, bitcoin’s price today ($6,775) is higher than it was a year ago.

Thinking of taking the plunge into the ever-expanding world of cryptocurrency? We’ve prepared a handy guide for you to read.

Cryptocurrency in a nutshell

To understand how bitcoin work, let’s put it in a nice story:

Juan and I want to create a new type of money that will replace the way we buy and sell things. Since we have a nut, we have decided to use it.

I have a nut and I want to give it to Juan. All I have to do is hand him the nut and it becomes his possession. There is no need for arbiters or judges to oversee me giving him my nut.

With physical nuts, it’s just as easy as a hand-off and the item has already switched hands. However, we’re talking about digital versions of nuts here and you can copy and paste them, leaving you with multiple copies.

If there is a way to track the transfer of nuts, then it will be good. In addition, if our nut-barter system catches on and becomes adopted by other people, tracking how many pieces someone has can be a problem.

(Read: Four Resolutions That Will Help You Get Super Rich In 2018)

This is where the ledger comes in. A ledger is a time-tested apparatus to show how goods flow in and out. However, conventional ledgers mean someone must do the bookkeeping, which will give power to a central authority.

To make sure that transparency happens without any human intervention, everyone will have a copy of the ledger.

Why is it important for everyone to have a ledger? This will make sure that the trading of virtual nuts will behave as if they’re done in real life. This means that sending and receiving digital nuts will be recorded accordingly.

In addition, everyone having a ledger will make sure no one will be able to cheat since any attempts at making extra nuts will not match the ledger held by other people. All ledgers must be in sync, after all.

That is how cryptocurrency works in a nutshell. Just swap out the nuts with any form of digital currency and it’s basically the same system. In a nutshell, bitcoin is a decentralized digital asset that can be used to buy and sell things.

Now that you know how cryptocurrency works, here are some frequently asked questions about bitcoins in the Philippines:

The easiest way to get your virtual hands on any cryptocurrency is to purchase some. This basically works like buying foreign currency. Sites like Coins.ph and other cryptocurrency exchange platforms allow you to trade your real-life money for digital currency.

If you’re an advanced user and want to start “earning” your bitcoins, you can turn your computer into a mining rig. Basically, users lend their processing power for solving complex mathematical formulas that make bitcoins secure. They are rewarded with newly minted bitcoins and the supply of the currency grows from there.

2. What are the advantages of using bitcoins?

3. What are the disadvantages of using bitcoins?

4. Is bitcoin legal in the Philippines?

Bitcoin in itself is not illegal in the Philippines, but it’s not exactly recognized as a legal currency. The Bangko Sentral ng Pilipinas (BSP) welcomes the new technology as part of financial innovation in the country, but they still don’t endorse virtual currencies as legal tender or a form of investment.

Although the government doesn’t ban or regulate the use of virtual currencies, the BSP issued a memorandum for companies who want to get involved in the business of cryptocurrency. According to Circular No. 944 dated February 6, 2017, startups that want to engage in the bitcoin business have to register to the central bank as remittance and transfer companies.

(Read: What Are The Pros And Cons Of Using Bitcoin In The Philippines)

In addition, approved companies have to enact safeguards to prevent the misuse of cryptocurrency on illegal activities like money laundering and terrorism. Consumer protection tools are also mandated by the BSP.

5. Is bitcoin an investment?

The original goal of cryptocurrency is to become an alternative to physical cash, severed from the strings of government regulation. However, the volatility of bitcoin’s price allows people to buy low and sell high, similar to stock trading minus the dividends.

One of the key drivers in bitcoin’s astronomical soar late last year was the surge in the number of people who got into the mania. Like playing the lottery, they are betting their money on bitcoin’s rise before they sell what they’re holding.

However, massive movement in the bitcoin market can cause disruption to the price. If everyone plays this game, the potential to shorting the currency is possible and there are no rules against it. A decline in price will cause a wave of selloffs that would further doom the value of bitcoins.

Since bitcoin is still new and the slightest amount of media coverage can move its price, tales like instant millionaires and massive selloffs are

To cap this off, people are not discouraged from making money out of bitcoin trading. However, this kind of “get rich quickly” mindset spells bad news to the platform because the people who are in it for the long run are the ones who will suffer the most.

In addition, tainting a wonderful game-changing technology with a mindset of a gambler is a sign of financial immaturity. It can clip the potential growth of bitcoin as an alternative form of payment, which is the original intention of the platform.

Earlier this week, a couple was nabbed by the Criminal Investigation and Detection Group after several complaints about a “bitcoin scam.” According to a report by the Philippine Daily Inquirer, the two promised huge returns that pays out every 15 days if they invest the cryptocurrency ran by a company called NewG.

Although reports said that people were informed that the investment vehicle was cryptocurrency, it seemed like the victims were involved a pyramid scam instead of a bitcoin trading. Eventually, the pyramid scam eventually collapsed and P900 million went up in smoke. The two will be charged with syndicated estafa but the charges can be escalated to economic sabotage.

Unfortunately, cryptocurrency doesn’t work that way. Since virtual currencies that use blockchain technology that enables the whole platform to be decentralized and free, no one can make the claim that getting some bitcoins will yield you profit. 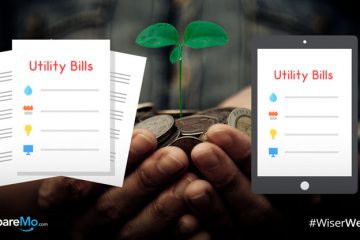 On Paperless Billing: Should You Pay Your Service Provider For Printed Billing... 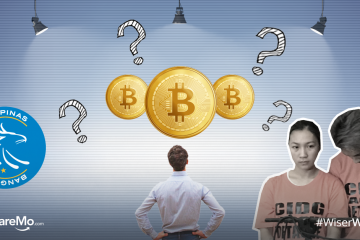