Over the past few weeks, discussions about the middle class and the alleged lack of concern from the government became the talk of the town. The conversations have become so heated that people have resorted to mudslinging and degrading their fellow Filipinos on social media.

But how familiar are you really with the 2020 Philippine income classes? Who are the upper, middle, and lower income classes are in the Philippines? What are the factors that define them? And finally, are there solid numbers that can be used to determine your socioeconomic class?

But first, which is which?

According to the University of Delaware, social class focuses more on the individuals who “occupy a similar position in the economic system of production.” This means that members of a certain social class share certain qualities such as aspirations, types of opportunities available, material things that one has and can purchase, and other tangible things. All the elements within their group collaborate to further stratify their status within their classification.

(Read: Amid COVID-19, Middle Class Workers To Get Cash Aid Too)

In terms of social class, these are the most common groups based on their contributions to the country:

While these have been the most common, social classes are mainly anchored to their line of work and/or source of income. However, the rapidly changing nature of employment makes it more difficult for people to be classified according to this.

For instance, experts have predicted that programmers are set to become blue-collar workers, which are even compared to hard labor such as mining and construction.

According to an article published by Wired, access to information and proliferation of resources for coders somehow made it unnecessary for people to get a four-year education at a prestigious university, putting “less focus on the wunderkinds and more on the proletariat.”

“These sorts of coders won’t have the deep knowledge to craft wild new algorithms for flash trading or neural networks. Why would they need to? That level of expertise is rarely necessary at a job. But any blue-collar coder will be plenty qualified to sling JavaScript for their local bank. That’s a solidly middle-class job, and middle-class jobs are growing,” wrote tech journalist Clive Thompson.

These disruptions in the employment sector brought by technology and education will make it difficult for experts to classify people based solely on their jobs.

The Philippine Institute for Development Studies (PIDS) comes up with a “poverty line” periodically to be able to determine how the government can address the most basic social needs of the country’s most vulnerable sector.

According to PIDS, the 2018 poverty threshold is ₱10,481, which means that a family of five with multiple workers must exceed that average monthly salary to be able to say that they’re not poor. The government think-tank collects the data from the Philippine Statistics Authority, who in turn runs a survey that will get the financial status of families in the Philippines.

Aside from the poverty line, another benchmark used by the agency is the food threshold. In 2018, the numbers are ₱7,337. Anyone below the said number is already considered to be extremely poor (or subsistence poor/food poor), which means that they are having an extremely difficult time even putting food on their tables.

What do those numbers mean? If there are two people in your household earning an average of ₱10,000 per month—a little below the poverty line—then the government considers that you can cover some of the most basic needs but with a little difficulty. Anyone above the poverty threshold can pay for necessities such as food, shelter, utilities, medicine, and others.

However, the middle-income class is too broad, which made the researchers further subdivide it to three types. This came from a 2015 PIDS study conducted by their senior researchers, but with more adjustments to accommodate the changes.

Further dissection of the middle-income class is as follows, based on monthly earnings:

What about those who are above? After middle-income class, only two classifications are left: the upper-income class and the rich. Based on the same poverty threshold number, the former must make between P125,772 and P209,620 in a month, and the latter, anything beyond those numbers.

What does this mean for us?

According to Dr. Jose Ramon Albert, former chief statistician and senior researcher at PIDS, knowing the poverty line and income classes means that we should be able to find a “whole-of-nation” approach in helping the most vulnerable sectors of the society.

“What government and everyone in this country should ultimately recognize is that we should all work toward ensuring the poor are at the center of policy attention as we move along our economic growth path. We ought to work extra hard to make the poor and those low-income but not poor (earning between the poverty threshold and twice the poverty threshold) move up to middle-class status,” he said in an opinion piece on Rappler.

In addition, Albert also called not only for the poor to be taken care of by the government. He also wanted the ones who are vulnerable (read: people slightly above the poverty line) to be protected from future poverty with the changing economic and social landscape.

“Let us not focus on the trees and not see the forest. We have to get our act together and have a whole-of-nation approach to ensure that no person, man or woman, young or aged, disabled or not, will be in poverty by 2030 or even 2040, and preferably even sooner,” he concluded. 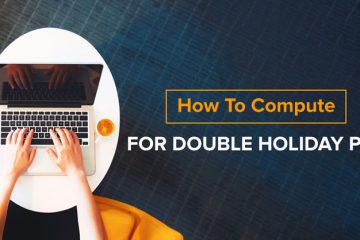 How To Compute For Double Holiday Pay On April 9 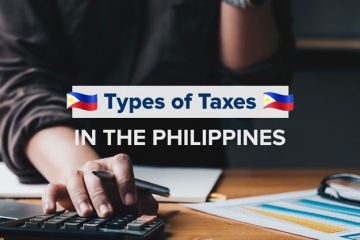 Types Of Taxes In The Philippines 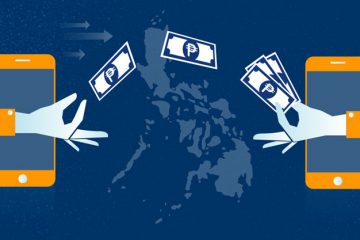