Past Bar Exam Topnotchers And Where They Are Now

The results of the 2019 Philippine Bar Exams are out.

This year’s topnotcher, Mae Diane Azores of University of Sto. Tomas-Legazpi, leads the fresh set of lawyers with a rating of 91.049 percent. Taking the second and third spots are University of the East’s Princess Fatima Parahiman with 89.52 percent, and UST-Legaspi’s Myra Baranda with 88.83, respectively. The rest of the top 10 bar exam passers are the following:

Bar topnotcher Mae Diane Azores, a jeepney driver’s daughter, is a certified public accountant (CPA) who currently works at the Commission on Audit (COA). “I can see myself as a litigator. Gusto ko po talagang mag-try at mag-practice as a trial lawyer,” she said in an interview with the Philippine Daily Inquirer. She adds that she wants to focus on the labor law practice Gusto ko siyang ma-experience and gusto ko rin mag-delve into the labor law, saying it’s a “very risky area that lawyers should pay attention to.”

Placing first in the bar is a huge deal—for the topnotcher, their family, and their law school. It’s usually a sign not just of just law acumen, but also of their drive to succeed and an ability to focus that not everyone shares.

(Read: How Is Your Class Valedictorian Doing? We Talked To Three Honor Students And Here’s What We Found Out)

The results of the 2019 bar exams are something that not just the passers, but also the entire country, can cherish, since the 2020 examinations have been postponed amid the COVID-19 pandemic.

Below, let’s take a look at bar topnotchers of the past and where they are now.

Simondo, who scored 91.05 percent, is a proud graduate of University of St. La Salle in Bacolod. A registered nurse, he said in an interview with DZMM that he alloted nine hours a day preparing for the exams.

In May 2018, he said he chose to work for the Commission on Elections (Comelec), saying it was the gatekeeper of democracy and is the best way ot serve his countrymen.

Eager spectators were surprised when Karen Mae Calam of the University of San Carlos bagged the first place in the 2016 bar exam.

Prior to that, Calam was already working as a CPA at one of the top firms in the Philippines.

In an interview with ABS-CBN News, she said she studied law “to expand her horizons and accept bigger challenges.”

A journalism graduate from the University of the Philippines in 2010, Rachel Angeli Miranda used to work as an editorial production assistant for a local broadsheet before she went to law school.

After she passed the UP Law Aptitude Exam, she quit her job and devoted everything to become a lawyer. Fast forward to 2015, she clinched the first place at the 2015 Bar Exam with an 87.4 percent rating.

A Rappler report revealed that the 2014 Bar Exam topnotcher Irene Mae Alcobilla of San Beda College used a tragedy that struck her family as motivation.

In 2008, Typhoon Frank washed away her home in San Remigio, Antique. She didn’t just lose her home, her mother and brother lost their lives. What she didn’t lose was her dreams of becoming a lawyer.

She topped the 2014 Bar Exam with a mark of 85.50 percent. The San Beda College of Law alumna now teaches law classes at two universities.

Call him a dark horse if you want, but 2013 Bar Exam first placer Nielson Pangan admitted that he wasn’t a straight shooter when he was still a law student.

Although he was 96th in his class at the UP College of Law, he found himself at the top of the world when he became the topnotcher. Pangan now works for the government and teaches legal classes in several universities.

Despite shuffling his efforts between football and law school, Ignatius Michael Ingles of the Ateneo Law School still aced the Philippine Bar Examination in 2012

In a sit-down interview with Rappler, he revealed that a lot of things he learned from football were also applicable in his life as a law student. Currently, he’s an associate at his father’s law firm and a law professor in a few colleges.

Destined for greatness? Topnotchers who made history

Historically, some of the greatest leaders who ever graced the Philippine government were bar topnotchers. The presidents and vice presidents who aced the Bar Exams were the following:

In 1944, two of the greatest statesmen of all time, namely Jovito R. Salonga and Jose W. Diokno, tied for the first place with a 95.3 percent ranking.

(Read: Fresh Grads, These Are The Highest-Paying Jobs In The Philippines Right Now)

Salonga, a former senator and chairman of Presidential Commission on Good Government, was dubbed as “the greatest president we never had.” Meanwhile, Jose W. Diokno was also a high-ranking government official who became the founder of the Commission on Human Rights.

Whether we can expect as great a things from the bar topnotchers of the 2000s is yet to be seen, but just passing the bar is an accomplishment in itself. So congratulations to the topnotchers of 2018 and the other mentioned here. The country is hoping for great things from you. 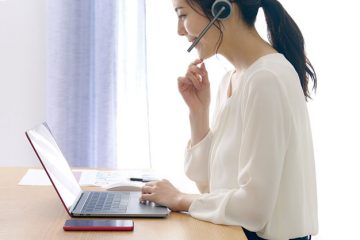 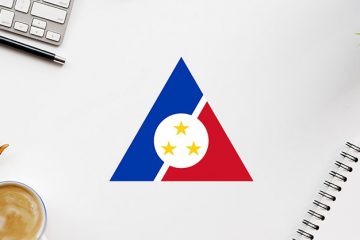 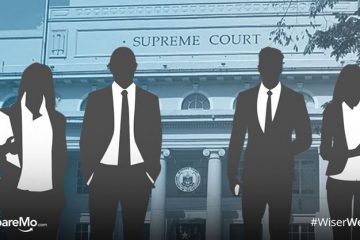 Past Bar Exam Topnotchers And Where They Are Now