If you’ve traveled out of the country or are just about to, you’re probably aware that you need to budget for the mandatory Travel Tax fee to be paid to the Tourism Infrastructure and Enterprise Zone Authority (TIEZA).

Under the current rule of law, Presidential Decree 1183, all passengers who are bound to leave the country must pay the compulsory Travel Tax. This amounts to P1,620 for economy class and P2,700 for business class, regardless of the place of issuance of their plane tickets.

However, TIEZA Chief Operating Officer Pocholo Paragas is considering the replacement of the mandatory P1,620 Travel Tax to P500 Tourist Fee for all, including foreign tourists.

Why charge a Travel Tax or Tourist Fee?

“What we want to do right now is revisit that (Travel Tax) and make a tourist development fund specifically for departure,” explained Paragas.

The planned P500 Tourist Fee replacement will all go to the Tourist Development Fund (TDF), unlike that of the P1,620 Travel Tax Fee, of which only 50 percent goes to TIEZA.

The other 50 percent is subdivided into two parts: 40 percent goes to the Commission on Higher Education (CHED) and the last 10 percent is allotted for the National Commission for Culture and Arts (NCCA).

According to Paragas, CHED already gets a huge amount of budget from the government so the changes won’t really affect them. He even added that replacing the P1,620 Travel Tax with a P500 Tourist Fee will abate the burden on Filipino travelers.

How can this become a reality?

In order to push through with the planned TDF replacement, a law must be established. But Paragas said he would prefer bringing about an Executive Order first so that the concept will begin to be put into force.

“What we wanted to do, prior to a law, is if there is an EO that can help us set up this frame of mind, it will work,” he said.

As of last December, TIEZA together with Chief Operating Officer Paragas has already proposed a draft bill to President Rodrigo Duterto for the generation of the fund.

While they are still updating the said draft they are also, at the same time, coordinating with their international partners.

When asked how soon the planned TDF could be ratified, Paragas said that the pending approval of Tax Reform for Acceleration and Inclusion Package 2 (TRAIN 2) is derailing them from doing so because it involves the incentives of the different sectors.

With the new and improved TRAIN 2, 120 laws on investment incentives will be revised and some can even be abolished. Corporate income taxes, on the other hand, will be carried out. 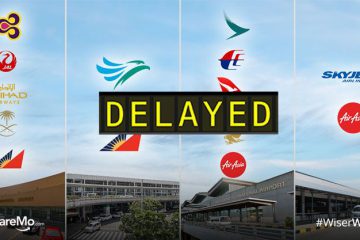 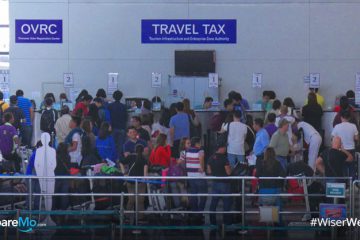