The “ber” months are here, which only means one thing (and it’s not more Jose Mari Chan memes): the smell of money is in the air.

Whether you’re looking for the next big thing in the stock market or in the market for a new car, we’re here to give you financial and automotive news in bullet points.

Take this money news roundup as your ticket to a wiser and wealthier life.

Last week, the dramatic saga between Uber and the Land Transportation Franchising and Regulatory Board (LTFRB) was seemingly resolved in a truce, with the ride-sharing company’s legal counsel delivering a manager’s check worth P190 million to finally recant the suspension.

The LTFRB said it arrived at the fine’s amount via a computation of Uber’s daily earnings, which be as much as P10 million, multiplied by the number of days left in the suspension period imposed by the government. Immediately after the moratorium was lifted, the streets became more clogged than ever. #ThankYouUber indeed.

With the sugar-sweetened beverage (SSB) clause of Duterte’s tax reform bill leaving a bad taste in everyone’s mouth, the Beverage Industry Association of the Philippines intensified their stance against House Bill 5636 being lobbied by the government.

According to the beverage manufacturer cartel, the law will cause a possible 75 percent in drop in sales, and the loss of more than 130,000 jobs related to their industry. In addition, they called the position discriminatory, as it only targets SSB’s and not other products that also lists caloric sweeteners as an ingredient.

Standard Chartered Bank adjusted its original predicted forecast on Philippine economic growth in 2017 due to slow performance in this year’s first quarter. According to the multinational banking firm, the gross domestic growth for next year is expected to hit only 6.5 percent instead of the 6.8 percent initially predicted.

The lower economic prospect is attributed by Standard Chartered to “weak investment growth.” Despite the slash, this GDP expansion is still higher than neighboring countries’, like Indonesia, Malaysia, and Singapore.

The Land Transportation Agency (LTO) has said that all driver’s license applicants should now be able to receive their plastic license cards on the same day they applied, for both new applications and renewals (which are now also covered by the five-year validity). Department of Transportation (DOTr) Secretary Arthur Tugade said that there will be no additional fees for the driver’s license with extended validity

The Metro Rail Transit Corp. (MRTC) urges President Rodrigo Duterte to support the company’s bid to rehabilitate the Metro Rail Transit Line 3 (MRT-3). According to MRT-3 shareholders, led by businessman Robert Sobrepeña, the group was forced to reach out personally to the president after the “inaction” of the DOTr on the $150-million proposal to fix the faulty train system.

MRTC said that the president’s green light will fast-track the rehabilitation and resume the services of the original maintenance provider Sumitomo Corp. of Japan. DOTr Assistant Secretary for Legal Affairs Leah Quiambao said that the offer is now under study.

SM Investments Corporation, owned by mall tycoon Henry Sy, said last week that the country’s largest conglomerate is eyeing to acquire Goldilocks Bakeshop Incorporated. According to reports, SMIC is in preliminary talks with Goldilocks Bakeshop for “a possible equity investment, joint venture, or other cooperation agreement.” However, the move will only proceed subject to the approval by the Philippine Competition Commission, the country’s antitrust body responsible for reviewing business transactions valued at P1 billion and above.

Malaysian low-cost flier AirAsia expressed its plans to add more destination cities to its Philippine operations. Looking to expand its flights from Davao to more cities in China, Korea, and Malaysia, AirAsia head honcho Tony Fernandes, in his courtesy call with the Department of Finance (DoF), said that lower airport taxes in smaller airports will create more flights in the Philippines.

DoF secretary Sonny Dominguez said that his office will look into the possibility of slashing travel costs and increasing efforts for more trade and tourism opportunities. 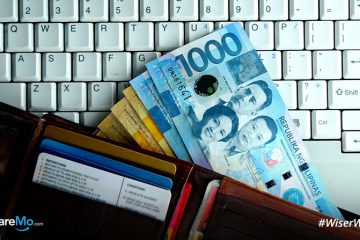 Most Common Types Of Loans In The Philippines 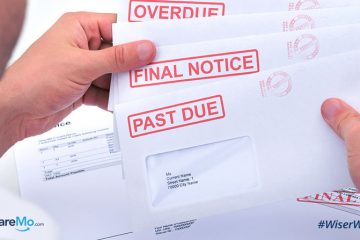 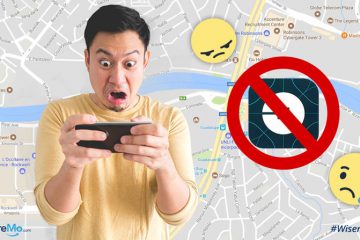 Top Uber Alternatives For Drivers In The Philippines