MMPC announces recall of Xpander due to problems

If you bought Mitsubishi’s MPV Xpander between May 2018 and October 2019, you should contact your dealership to schedule a free replacement.

Mitsubishi Motors Philippines (MMPC) announced a safety recall of the Xpander and asked the owners to schedule a preventive maintenance to replace malfunctioning fuel pumps.

In a statement released by the company, all “Mitsubishi Xpander units purchased from May 2018 to October 22, 2019” should be taken to one of their service centers nationwide to fix the affected fuel pumps.

While the reasons for the safety recall were not disclosed, Top Gear Philippines said that the case might be similar to the ones in Vietnam where the Xpander units recalled due to a swollen resin component of the fuel pump.

“This procedure will take approximately 1 ½ hours; subject to the availability of service bays and replacement fuel pump,” MMPC said in a statement.

If you’re unsure if your unit belongs to the batch with bad fuel pumps, you can visit MMPC’s Xpander recall page and input your vehicle identification number, plate number, name, email address, and contact number.

A commuter group led by lawyers appealed to a local court to halt the operations of five motorcycle-taxi corporations in Metro Manila.

According to the group Lawyers for Commuters Safety and Protection, the welfare group is asking the Quezon City Regional Trial Court to issue a preliminary injunction or temporary restraining order to these five motorcycle taxi companies: We Move Things Philippines, i-Sabay 24/7, Habal Rides Corporation, Sampa-Dala Corporation, and Trans-Serve Corporation.

The group said that the companies who wanted to become part of the reported six-month extension of the pilot run granted to Angkas, which will end on December 26, might not be up to the safety standards wanted by the government.

According to a report, the lawyers said that the companies do not have insurance to cover the passengers in case of an accident as well as not having credentials showing their commitment to passenger safety and security.

They also argued that the agencies have never coordinated with any government agency concerned with the potential use of motorcycles as taxis.

“The respondents are currently sabotaging the government’s pilot program for motorcycle taxis by unilaterally according to themselves the privilege to operate motorcycles-for-hire in the guise of addressing the traffic situation in Metro Manila, Metro  Cebu, and other urban cities,” said Atty. Ariel Inton, one of the lawyers representing the group.

According to SMC president Ramon Ang, the original idea was to build a six-lane expressway between the northernmost station of MRT 7 and Bocaue, with an intermodal transport hub in San Jose del Monte. However, Ang said that the company changed its mind and they “want to make it a train” instead of an expressway.

With the extension of MRT 7 to Bocaue eyed, Ang said that it will improve access to Ciudad de Victoria, a tourism enterprise zone that houses the Philippine Arena and the Philippine Sports Stadium.

The MRT 7, which started its construction in 2016, will connect San Jose del Monte in Bulacan to North Avenue in Quezon City. The line is expected to operate in 2022.

Two water transport routes are now open for public use, with one originating from Cavite and the other from Pasig.

Mayors Vico Sotto of Pasig City and Isko Moreno of Manila City led the relaunch of the Pasig River ferry service in a bid to find alternative transport modes.

The 57-seater ferries will come from the Pinagbuhatan in Pasig to Escolta in Manila, with additional stations in Quinta Market, Circuit Makati, and Kalawaan in Pasig proposed.

Meanwhile, Cavite residents can enjoy faster travel time to Cultural Center of the Philippines and Lawton with the launch of the Cavite-Metro Manila ferry service, cutting the travel time from up to four hours to 15 minutes.

For the initial run of both ferry services, fares will be free of charge until January 31. While the Cavite-Manila ferry already announced that it will charge from P160 to P200, the Pasig line hasn’t released its fare matrix yet.

Now that SMC has finished the construction of the two-lane steel ramp along the South Luzon Expressway, the company wants to further improve the vehicular flow in the area by implementing a new scheme.

Starting December 9, the Alabang-Zapote Road ramp near South Station will be closed between 4 pm and 9 pm to northbound motorists and 6 am to 8 am to southbound ones.

According to the company, northbound motorists can use the Sucat ramp to get on the expressway while the new ramp by the Alabang viaduct will be available for southbound motorists when the ramps are closed.

“We’ve seen a big improvement in the flow of traffic at the SLEX this past week. Traffic moves quickly even during peak rush hours, and there is no longer a sea of cars on the SLEX,” Ang said. 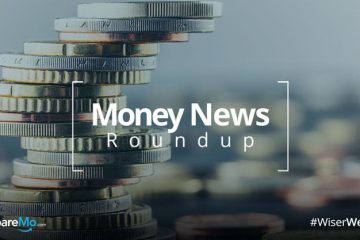