How To Compute 13th Month Pay In The Philippines

With all the expenses that come with the season, it’s a challenge for Filipinos to keep up with the holiday cheer until, lo and behold, in comes the almighty 13th month pay! It’s a life-saving infusion of cash to make sure you’ll end the year with a bang and start the New Year on an optimistic note.

We all have an idea when to expect it, and vaguely, how much it’s going to be. Yet its origin remains a complete mystery to some. Who were its first recipients? How exactly is it computed? How did it come about?

First things first, save for the time of release, it appears that this pay has very little to do with Christmas at all.

In 1975, former President Ferdinand Marcos issued Presidential Decree No. 851 that stated all workers whose salary was below Php1,000 would be given 13th month pay. After the ouster of Marcos, former President Corazon Aquino amended the law, removing the Php1,000 cap and thus allowing more people to avail of the 13th-month “bonus.”

According to Philippine Law, the 13th month pay is one-twelfth (1/12) of the basic salary of an employee within the calendar year and should be paid in cash ONLY and NOT in kind (products, airfare, other non-monetary rewards).

The Presidential Decree also states that it should be given to employees not later than December 24 every year. Some companies opt to give in two installments (May and December) while others already give it out in as early as November.

Is it the same as a Christmas Bonus?

Once and for all, NO.

What you get as your thirteenth salary is technically part of your annual gross income that’s only released toward the end of the year. Think of it as your employer doing the saving for you.

Under the Presidential Decree 851, its sole purpose was: ‘so working masses can properly celebrate Christmas and New Year’. Its timing within the yuletide season has resulted in some confusion.

Meanwhile, the Christmas bonus is an additional pay (or non-monetary reward) on top of your basic salary. It is OPTIONAL for companies as no law requires it. Giving a bonus during Christmas is purely from the employer’s sense of generosity.

All permanent employees who have rendered service for one month can receive the 13th month pay regardless of their employment status and how they are paid. To elaborate:

The 13th month pay is basically not taxable. Under the new TRAIN Law, if the amount exceeds P90,000. Only the excess will be taxed.

How to Compute for your 13th Month Pay

The formula used for your well-anticipated pay is ‘basic pay multiplied by the length of employment in months divided by twelve’. It can be illustrated in figures as:

Let us define each element.

What is Basic Pay?

Basic pay is the total earnings paid by an employer to an employee.

But in relation to the 13 month salary, basic pay does not include allowances and other monetary benefits in the computation. These are:

What is the length of employment (in months)?

Employees usually assume the amount of their thirteenth salary from their basic pay, but only a few know that the assumption may be far from the amount calculated by the companies because of unpaid leaves or anything that affects the attendance. It’s logical to not include those days you are not present at work, which is called pro-rata.

You can track these variables if you have your pay slips since the beginning of your employment that year.

If you are an employee who just started at a company in the middle of the year, expect that you don’t get a month’s worth of your salary on 13th month bonus.

Suppose that your basic monthly salary is Php25,000 and you have perfect attendance, it would be easy to compute how much you’re going to get.

But say, you availed of an unpaid, indefinite leave for two months, the computation varies:

(See Also: Is Your Pocket Yuletide-Ready? How To Be Financially Prepared For Christmas)

Sure, this so-called ‘bonus’ is the result of your hard work and dedication. But the more you believe you have the money to spend, the easier it will be gone. Here are some tips on how you can stretch your now tax-free extra earnings.

Are maids and personal drivers qualified for the grant?

NO – Maids, drivers, agents paid on boundary or purely on commissions

YES – Workers, drivers, and maids with basic pay AND commissions

Who are generally not eligible to receive the pay?

The law only applies to employees with fixed or guaranteed salary who have worked for at least one month. Remote workers and freelancers, who are paid for a specific work or task basis, are not qualified for the thirteenth salary mandated by law.

I am a manager and have received the 13th month wage. Can a company revoke it?

Whether by generosity or pure mistake, the pay voluntarily granted to managers and supervisors are irrevocable. A unilateral withdrawal of the grant is considered a diminution of benefits and a violation of law.

It is a bill proposed by Senator Sotto that grants employees from the private sector ONLY to receive a portion of the basic salary like the 13th month benefit, which will be also released not later than December 24. Sotto believes that it will ease the employees from the expenses of Christmas holidays. The 14th month bill is still being studied and by no means active. 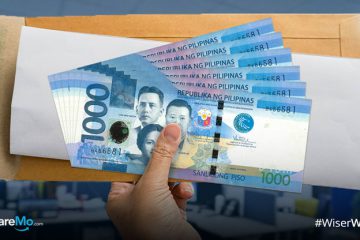 How To Compute 13th Month Pay In The Philippines