What is the thirteenth month pay? Who are entitled to get it, and what makes it different from a Christmas bonus?

The number 13 is often touted as bad luck, at least here in Southeast Asia. Every Friday the 13th is a day for caution, and the 13th floors in buildings are labelled the 14th floor instead. These are just the biggest examples of Tetraphobia observed in the region.

In the Philippines, however, all of that is forgotten right around December. This is all thanks to the country’s 13th Month Pay Law.

The meaning of “unlucky” number 13 changes every December to mean doubled blessings, as the most anticipated double monthly salary is credited to every employee’s account. And, for some very lucky employees, there is also the additional blessing of the Christmas Bonus.

How can you make the most of these much-anticipated holiday windfalls? Well, first we need to look at what “13th Month Pay” and “Christmas Bonus” actually mean. Read on as we take a deeper look into these two types of employee benefits.

It is an employer’s legal obligation to grant 13th month pay to its employees.

All employees, regardless of status, are entitled to receive this benefit if he/she has worked for at least on month in the company. It should be released not later than December 24 of each year.

Under Sec. 2. A Presidential Decree 851,”Thirteenth-month pay” shall mean one twelfth (1/12) of the basic salary of an employee within a calendar year;”

And as for Christmas bonus, an employer’s failure to provide bonuses to its employees is not subject to any legal action, unless it has been a long-standing practice in the company or is a part of the signed contract of the employee. This is supported by the Labor Code.

The computation is based on the total basic annual salary of an employee, divided by the number of months you were in the company. If you were employed by the same company for one whole year, you will be able to receive this benefit in full.

In this example, an employee has been working in the company for eight months within the calendar year. Then the 13th month pay is pro-rated or divided based on the length of employment. Using P25,000 as a sample for basic monthly salary, the pay is calculated as such:

The basic salary is made up of the amount paid by the employer to its employee for the services done without the deductions of contributions, personal income tax, and other company-imposed deductions (i.e. tardiness or unpaid leaves).

(Read: How To Compute Your 13th Month Pay)

As of January 2018, this employee benefit has been updated and is taxable if the total pay is more than P90,000, under the TRAIN Law. Otherwise, you will be able to receive your 13th month pay in full, without any taxes or deductions.

Important things to know about the Christmas Bonus in the Philippines

In essence, every type of bonus is an employer’s voluntary obligation to the employees. It is upon the employer’s discretion to release bonuses depending on the company practice.

Bonuses may be released any time of the year. The term “Christmas bonus” was coined because it is released during the holiday season.

2. The employer determines the amount

A bonus is granted by the employer to show appreciation or gratitude to its employees. It may be determined based on an employee’s length of stay, exceptional performance, or a company’s high productivity.

A bonus is based upon the discretion of the company and is not mandated by law. Therefore, it is not subject to tax. Employers may provide cash and/or other gifts according to the company’s terms and conditions.

Some of the bonuses mandated by law are the Productivity Incentive Bonus under R.A. 6971, and the Social Amelioration Program Cash bonus for the Sugar Industry workers under R.A. 6982. Other than that, a lot of companies have long since practiced providing Christmas Bonuses on top of the obligatory 13th month pay.

Non-Payment of 13th month, and where to report

All rank-and-file employees with work tenure of at least one month are entitled to receive a 13th month pay.

On the other hand, it’s important to note the following employees that are exempted from getting a 13th month pay, according to the DOLE website, sourced from Presidential Decree 851:

Resigned, separated, or terminated employees are still entitled to a 13th month pay. This is usually given through their back pay.

Employers also have the option to pay employees their 13th month in advance. Under the law, they are allowed to release one-half of the 13month pay “before the opening of the regular school year,” with the other half to be released before December 24.

Further, Administrative Order No. 2 of PD 851 states that all complaints should be filed at the DOLE Regional Office, or the ones nearest you. Rest assured, the law states, “The Regional Director shall direct the said Division to conduct an inspection and investigation in connection with the complaint filed.” 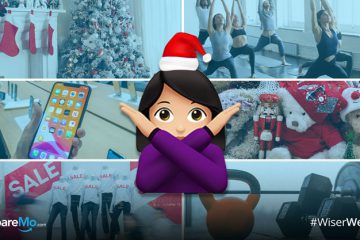 6 Things You Should Never Buy During The Christmas Season 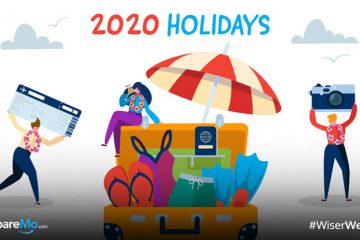 Philippine Holidays 2020: A Guide To When To File Your Leaves 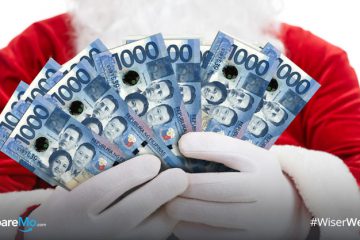