How Debt And Financial Distress Can Affect Your Behavior

Racking up debt won’t just cause deep cuts in your finances. Whether you like it or not, a person’s money woes can also inflict some serious psychological problems that lead to physical ailments, anxiety, depression, among others.

Tales about debt wearing people down are not new. In 2015, United Arab Emirates news outfit the National reported that a pregnant OFW racked up some serious debt that put a toll on her physical health, causing sleepless nights, contractions, and even bleeding. The woman was reported to have accumulated a total of AED260,000 (around P3.4 million) from different lenders.

According to American debt relief organization Debt.org, some of the known effects of having insufficient finances can lead to low self-esteem and impaired cognitive functioning. “That means you can’t learn, remember, be attentive, or solve problems as well when you’re freaking out over your water bill,” the organization said on their website.

Meanwhile, a research published in the European Journal of Public Health found out that personal debt can be one of the many factors causing common mental disorders (CMD) including, but not limited to, anxiety and panic disorders, bipolar disorders, schizophrenia, eating disorder, and substance abuse and addiction.

(Read: This Is How Much Every Filipino Would Have To Shell Out To Pay Off The Country’s Debt)

“Adults in debt were three times more likely than those not in debt to have CMD,” the journal concluded. “The increased likelihood of CMD among those in arrears was found for all CMD and was irrespective of the source of debt—housing, utilities and purchases on credit.”

According to the report, it’s becoming worse for people with addictive behaviors—alcohol, drugs, or gambling. “Those with multiple sources of debt and who had to obtain money from pawnbrokers and moneylenders had the highest rate of CMD,” it explained.

Another study concluded that consumers with higher levels of debt are more prone to exhibit depressive symptoms and more likely to cave into stress.

“High financial debt relative to available assets is associated with higher perceived stress and depression, worse self-reported general health, and higher diastolic blood pressure,” researchers from the Northwestern University found out. “These associations remain significant when controlling for prior socioeconomic status, psychological and physical health, and other demographic factors.”

Mental health issues that stem from debt, such as anxiety and depression, can, in fact, lead to impaired decision-making skills.

According to an article from Psychology Today, a person afflicted with mental problems are more prone to “making bad decisions and misperceiving the reality of a situation.”

This is due to the fact that people with mental disorders have a hard time reading the environmental cues that prevent them from making bad decisions.

Put a stress on relieving stress

If you have financial problems and you know that they’re starting to take a toll on you, what is your best recourse to avoid the crippling spiral of debt and depression?

For Laurent Dionisio, financial planner and the man behind Pinoy Financial Planning, the best way to deal with it is to tackle your problems head-on.

(Read: How To Pay Off Debt Fast And Save Money This Year)

“Bear in mind that the emotional and physical strain of worrying is not the solution to your financial problems. If you can’t have the control of your finances at the moment, the way you respond to your problem is within your control.”

Dionisio says keeping your financial worries at bay and focusing more on ways on how to earn money can eventually lead to financial recovery.

In addition, finding out the root cause of your financial woes will allow you to rationally take on your problems and alleviate anxiety.

For those who have outstanding debts from different sources, one of the many ways to deal with your financial problems once and for all is through debt consolidation.

By getting a personal loan, you can slash your outstanding debts and combine them into a single monthly payment. While getting debt to pay off debt sounds counter-intuitive, availing of debt consolidation to deal with your current financial woes will give you a much more structured way of paying them.

Money may just be another tool, but it doesn’t mean that you should use it with reckless abandon. When it comes to a time where your money problems are starting to take a toll on you, then it’s time to face the music, get some help, and become more responsible in handling your finances. 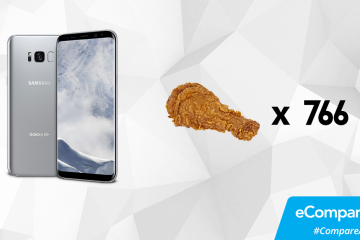 We Measure The Value Of Things In Terms Of Chickenjoy 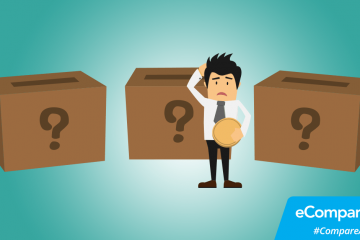 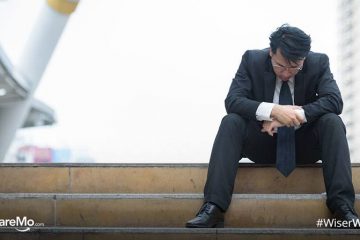 How Debt And Financial Distress Can Affect Your Behavior