Earlier this year, President Rodrigo Duterte had the most interesting dinner ever since he became the President of the Philippines. It’s one shared with the top businessmen in the country—which, according to presidential secretary Ernesto Abella, turned out to be a fruitful one.

The head honchos of the biggest companies in the Philippines “walked out extremely happy,” added the secretary. So what really happened during the three-hour dinner and what are we to expect after?

The businessmen who were invited by the President to the banquet were no ordinary people. Among them were:

That’s more than $35 billion of combined net worth in one photo. Too bad San Miguel Corporation’s Ramon S. Ang was also invited to the dinner but didn’t make it because of prior commitments.

Other guests at the event were Presidential Consultant for Entrepreneurship Joey Concepcion and Deputy Speaker Gloria Macapagal-Arroyo, who also organized the intimate meeting between Duterte and the businessmen.

It should be noted that some of the attendees had not previously met Duterte. Abella said the dinner helped the President dispel the uncertainties they had.

“I am fighting a monster. I am just two months but believe me, I will destroy their clutches in our country,” said Duterte during the first few weeks of his Presidency as a warning to oligarchs who are allegedly extending their reach to protect their interests.

A few months later, it seems like the Palace is more amicable in partnering with magnates in nation building.

The three-hour dinner-cum-meeting, which Concepcion originally set to only last for an hour, was described by Pangilinan as a “very productive” exchange between the President and the businessmen.

According to Abella, the businessmen are interested in banking their money in some of the places that need their support the most, which will generate more jobs for the public and uplift their well-being.

Department of Finance Secretary Sonny Dominguez, who was also present during the meeting, said that they are looking at far-flung areas in Mindanao for new opportunities.

“They have already sent their people to Sulu to look for opportunities to help the local communities, but because of security problems, the President asked them to focus in other areas in ARMM,” Dominguez said.

By focusing in hot zones in Mindanao, tensions might decrease in the said conflict zones with more jobs offered to the people.

In a report by Rappler, Pangilinan said that they have already expressed their concerns to the President and would like to look at work with the government in opening new opportunities to areas like Sulu.

“It is good for the private sector to communicate with the President what our concerns are and what we can do to help government efforts, particularly in the poorest areas in the country. There was a lot of discussion in the Sulu area, and certain areas in Mindanao where private sector can help,” the MPIC chief said.

Some of the investment plans he offered to the Duterte administration are hospitals with better facilities, a coconut oil manufacturing plant in Sulu, better communications infrastructure, and housing projects in partnership with Gawad Kalinga.

In the issue of contractualization, Abella said that the largest employers in the country who still use the said employment practice are now in talks with Department of Labor Secretary Silvestre Bello III.

Despite not giving details, he said employers “are working on a win-win situation. In other words, they are engaged in working out the situation which will be beneficial for both employees and the employers.” 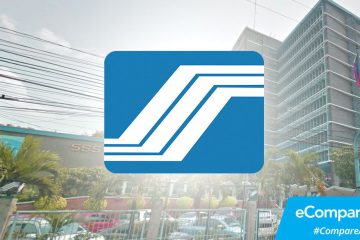 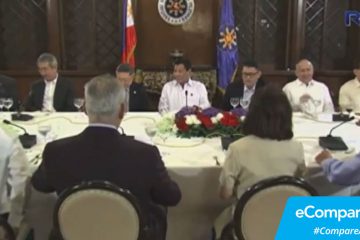