Since last week, parts of the Philippines were pummeled by the Typhoon Domeng, without Domeng even making landfall.

The typhoon brought torrential rains for days and even caused flooding to some parts of the country. This prompted the Philippine Atmospheric, Geophysical and Astronomical Services Administration (PAGASA) to finally declare that the rainy season is upon us.

Now it’s time to arm yourself with the knowledge about the potential typhoons set to hit the Philippines in 2018.

We’ve created a handy guide about the upcoming storms in the Philippines and the things you can do to keep yourself and your household safe.

Every January, PAGASA releases the local names for the typhoons that will enter the Philippine area of responsibility. According to the agency, the upcoming typhoons will be named using the following order:

In addition to the official list of names, the agency also prepared an auxiliary list of names in case there are more than expected storms to enter the country.

The following names are part of PAGASA’s auxiliary typhoon names:

How does PAGASA come up with names? Well, for the years 2017 and beyond, the national weather bureau has created four sets of names that will be used every four years. For instance, the list of names for this year will also be used in 2022, 2026, and so on.

Names can also be removed from the roster. If a typhoon has become strong enough to cause at least 300 casualties and P1 billion damage in the country’s agriculture and infrastructure, it’s name is removed. For instance, names like Yolanda, Lando, and Urduja have been dropped.

The Philippines is one of the most typhoon-prone countries in the world. We’re often first to receive the intense storms brewing in the Pacific Ocean.

The most destructive storm in recent history was Yolanda with a death toll of around 6,300 and a total damage of P86.9 billion in 2013. This is followed by Pablo which caused almost 2,000 casualties and P42.2 billion worth of damages in 2012.

To help people prepare for the deluge, PAGASA gives out weather forecasts to the public. According to PAGASA, the Philippines should expect these numbers of tropical cyclones in a month:

In the eye of the storm

Surviving a storm is easy. After all, it’s something that is always reported whenever there’s an inclement weather. There is always time to keep ourselves prepared in times of calamity. If you want the ultimate survival technique, the one thing you have to prepare is an emergency bag.

What’s in the bag? Basically, all the necessities you’ll need to help you survive the effects of the storm for at least a couple of days. Keep in mind these items are only here to keep you alive for a few days. If the government calls for an evacuation, listen to them and just let go of your personal stuff.

Anyway, put these in your bag and keep them handy during tumultuous times:

If the storm doesn’t let up and there’s a chance of flooding in your area, prepare the bag already and keep it within reach at all times. Everything else is just common sense. 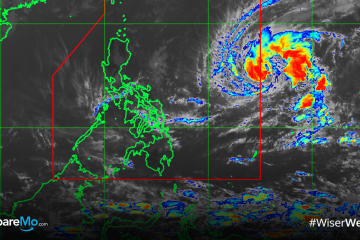 Here's How Many Typhoons Are Coming To The Philippines This 2018 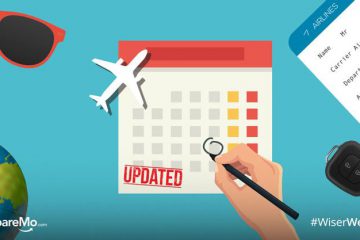