The turn of the year 2018 has brought significant changes to all Filipinos. For starters, the Tax Reform Acceleration and Inclusion (TRAIN) Act is now in effect, overhauling the country’s 20-year-old tax system.

Among the changes brought by the tax overhaul is the excise tax on fuel. With the TRAIN finally going full steam ahead, it will definitely change the way we drive, among other things. Are we better off commuting or is it still practical to keep our cars around?

Here’s how the fuel excise tax will affect drivers in the Philippines, and other key things you need to know.

1. Carpooling will become more popular than ever

The prices per liter of both gasoline and diesel have gone up, thanks to the additional taxes slapped on all petroleum products. Consumers can now see an additional P3.00 per liter on diesel and gasoline will has seen an increase from P5.35 to P7.00 per liter. People are getting less mileage for their money, thus making ride-sharing a logical thing to do.

(Read: Tax Reform 2018: When Can You Expect the Changes To Happen)

Although the new rates have been on full effect since last Monday, the government expects the price of petroleum to still be the same for the next 15 to 45 days. The Department of Energy, through a Department Circular issued in 2011, mandates all petroleum companies “operating in the country and bulk suppliers shall maintain a minimum inventory equivalent to 15 days’ supply of petroleum products.”

Thinking of buying a new car this year? Well, you’re in luck since you’ll be paying for wider roads with additional taxes levied on cars. After several versions floated by both the House and the Senate, the president signed into law the following excise tax rates for new cars:

While initial rumors warned that the prices of vehicles would dramatically increase, numerous computations indicate that the adjustment on prices isn’t as dramatic as other people thought, especially on cheaper cars.

(Read: This Is How Much A Brand-New Car Will Cost With The Excise Tax)

For instance, our computation of the potential rate of a Mitsubishi Mirage GLX post-TRAIN may only see a hike of around P12,000, bringing its manufacturer suggested retail price (MSRP) at around P572,000 for the units to be taxed this year. As the car’s rate becomes more expensive, the hike becomes more substantial, so buyers are advised to make a purchase wisely.

High-end vehicles priced at millions may be out of reach by your average Juan, but they may become more affordable to your more affluent folks due to TRAIN.

After the final version of the TRAIN came out, the economic study group Action on Economic Reforms (AER) created a simulation revealing that vehicles with an MSRP of P2 million and above will even become cheaper once the law kicks in. In a report by the Philippine Star, the higher the price of the car, the bigger the reduction in the price will be due to the ceiling rate of the new excise tax.

A sample computation by the AER revealed that a Ford Mustang 2.3 EcoBoost Premium worth P2.509 million today can become P2.43 million later this year. Meanwhile, a Toyota Alphard 3.5 V6 with a current MSRP of P3.28 million can be reduced up to P2.94 that yields around P330,000 in price cuts. With luxury vehicles becoming more attractive to buyers, expect to see more on the road soon.

4. You’ll see more pick-ups and electric vehicles on the road

For people who have been dreaming of getting a pick-up or investing in an electronic vehicle, 2018 might be a good year to make that dream a reality.

Under the TRAIN, pick-up vehicles and fully electric cars are exempted from the new car excise tax. According to a report by the Philippine Star, pick-up trucks are written off the tax reform package to catapult the growth of agriculture and other businesses outside the metro.

For those who want to switch to fully electric cars, they’re also exempted from paying additional taxes because they’re also removed from the provisions. Meanwhile, hybrid cars like the Toyota Prius and the Honda CR-Z will only be taxed half of their rate based on the value of the cars. 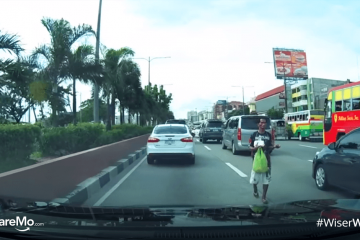 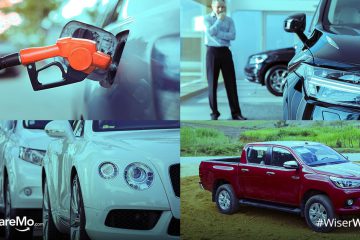