In line with their neverending search for solutions, the Department of Transportation (DOTr) suggested the installation of tollways on Edsa to reduce congestion problems in the country’s busiest thoroughfare.

According to Transportation Assistant Secretary Alberto Suansing, the government will first fix the public transportation that uses the main road before they proceed with the said feature.

“Maisayos lang naming yung public transport diyan sa Edsa, we will also introduce this, parang sa Singapore, yung tolling. Let’s say for 13 hours a day, from 7AM to 10AM and then from 4PM until 10PM, kapag dumaan ka diyan sa street ng Edsa, let’s say from Quezon Avenue hanggang sa Roxas Boulevard, you have to pay toll,” Suansing said in a video interview with News5.

Edsa tollway to hit ‘two birds with one stone’

Suansing added that the DOTr plans to hit two birds with one stone, with the Edsa toll proposal acting as “both a volume-reduction measure and a revenue-generating measure.”

Despite the controversial proposal to decongest Edsa, the government official admitted that the government will first work on the inefficiencies in the mass transport system in the National Capital Region (NCR), saying that the high volume of private vehicles is only present to avoid public commuting woes.

“Napo-proliferate lang naman [ang paggamit ng taxis at transport network vehicle services] because of the inefficiencies in the public transport. Once you have an efficient transport system, you don’t have a need for that,” Suansing said.

However, the high-ranking DOTr official did not specify on how the government will improve the public transportation in Metro Manila.

How will it work?

So how will the Edsa toll policy work? According to Suansing, the government will install RFID-enabled gateways throughout the service roads connected to the highway.

Once the driver enter any point on the main highway, the RFID chip on the vehicle will register his way in and charge him based on his exit point. Think of the same chip technology used on expressways and mass transit cards.

Aside from the basic toll fees that are calculated based on the distance covered on the said road, the DOTr will also implement surge pricing on certain high-volume areas. The surge pricing will be unified across all cities covered by Edsa and will only be implemented during high-volume hours.

And if you’re wondering when the DOTr will start the project, Suansing said they’re looking to kick it off in 2021.

“Next year na. You can only implement that if you have an efficient transport facility,” he said.

This isn’t actually the first time taxing Edsa usage has been floated to the public. In 2019, San Miguel Corporation (SMC) President and Chief Operating Officer Ramon Ang submitted an unsolicited proposal recommending the construction of a 10-lane elevated expressway on the main thoroughfare.

Based on SMC’s proposal, an expressway built on top of Edsa can stretch from Balintawak in Quezon City to Macapagal Avenue in Pasay City. Toll fees would cost drivers between ₱150 to ₱200.

However, the unsolicited proposal didn’t get any traction and no updates from the government had been released ever since. 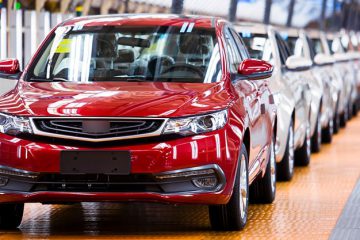 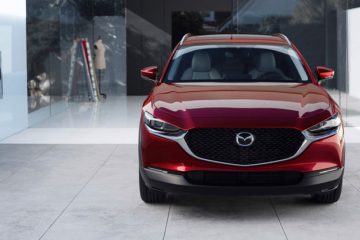 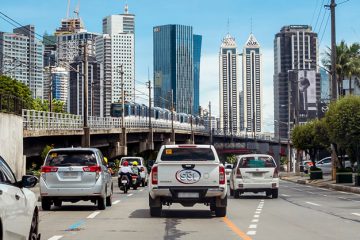