Best Ford Cars Of All Time: A Look At Henry Ford’s Legacy

Henry Ford revolutionized the automobile industry by making cars affordable and accessible to the masses. The existence of the Ford Motor Company for more than a century has cemented the brand’s reputation for producing world-class cars that rake in billions of dollars in revenue annually.

Wonder where it all began? Let’s take a trip down memory lane and learn more about the best Ford cars of all time.

Ford Escort is another classic that deserves the list, albeit it lacks the extravagance and streamlined features of Ford cars.

The model is a common sight in the streets of America, like the Taurus had been, because of its comfortable interior and fuel-efficient engines. It was a top favorite for families who wish to travel across the cities because of its highly regarded features. Its production stopped after five generations.

In 1980, the Ford model’s name was almost changed to Erika upon the introduction of the Mk 3—a nod to the planning team leader named Erick A. Reickert.

Years in production: 1948 to present

The first and second generation of these series are both popular in the US and UK, despite the fact that the rounded edges of wide wheel arches are tagged “Classic Americana.” The F-series are featured in many films including Every Which Way But Loose (1978), Fields of Dreams (1989), and Gran Torino (2008).

(Read: How To Pay For Your Car Insurance Policy In The Philippines)

Ford GT40 is the epitome of “classic car” in all the world. It was the counter-creation to the domineering Ferrari on the world of racing. It boasted the Mk II engine that it became the holy grail of racing at Le Mans from 1966 and 1969 with its four golden wins.

One can bypass other Ford cars to honor the GT40 that stirred the racing world by overthrowing Ferrari. It is also the forefather of the renowned GT models, its well-deserved revival and the supercar that dominates the streets at present.

As a trivia, the number 40 attached to its name indicates the overall height (in inches) of the car as required by Le Mans. With the revival model GT, the 40 was removed because the cars are built taller than the original.

When we talk about top Ford automobiles, the list should include the Model T. It wasn’t the very first car released by the company, but it’s the model that launched the Ford’s glamorous reputation and introduced cars to the masses.

How did it happen? It’s the affordability of Model T that introduced the cars to the middle-class families. This is possible through the utilization of mass production strategies in automobile construction. The Model T may not be the fastest, safest, and most streamlined car but it revolutionized the transport for everyone that it deserves a mention.

Ironically, Henry Ford, instead of a Model T, bought his wife an early electric car Detroit Electric, because he thought that it was too much for her to handle.

Years in production: 1964 to present

Who hasn’t heard of the Ford Mustang?

It’s not just a wheeled transport machine that’s conceived in the 1960s. It has been singled out from other vehicles in the automobile industry and has become an unparalleled brand that wields the symbol of power, strength, and beauty.

It’s a marriage of art and functionality that gave birth to an extraordinary ride yet powerful and smooth. Even the mere glimpse of its extended hood never fails to make a jaw drop in excitement. Undeniably, the muscle car Mustang has secured a throne in the history not only of Ford cars but also to the automobile industry.

Aside from that, the Ford Mustang caused the creation of a “pony car” category, meaning a 2-door sports car with short rear ends and long hoods. This was followed by Chrysler, General Motors, Dodge Challenge, and Chevrolet Camaro.

Ford Taurus almost share the same history with Model T but of different angle in history. Yes, it didn’t launch Ford’s prestige or possess a god-like characteristic of the Mustang, but it saved Ford from being thrown into a deeper pit.

There was a period when foreign car brands seem stronger than American-made cars but the conception of Taurus has cushioned this Ford’s struggle with the automobile competition. Though it doesn’t have these outstanding looks or performance, it’s brand-new design and novel features highly attracted the masses. It resulted in huge sales that Ford Taurus became one of the best-selling American cars of all time.

Ford Thunderbird, another one of their stunning creations, was a milestone for the company. The original model boasted exquisite curves and lines complemented by popped headlights and understated grills.

Its beauty symbolizes the picturesque look of America in the 1960s when the art deco movement was prevalent. It was perfect for that laidback period as championed by celebrated pop idols that Ford labeled it as a “personal car.”

Apache, Eagle, Falcon, Hawaiian, and Thunderbolt were the alternative names for this model, but thankfully it ended up with the majestic eponymous bird.

1932 Ford V-8 is a hot rod that’s made available in the mass market, giving an ordinary person to boast an automobile with truly high speed and acceleration. It had 65 horsepower—which may be immaterial at present, but was an exceptional capacity at that period.

With the novel level of force placed in the stylish and smooth chassis, Ford has triggered another revolution in the car industry. Ford V-8 has changed the perspective of driving: It’s not about reaching the destination from the point of origin anymore but all about how fast you can there.

It’s sacrilegious not to get amazed with the car creations that Ford has gifted us. Which of their cars is your favorite? 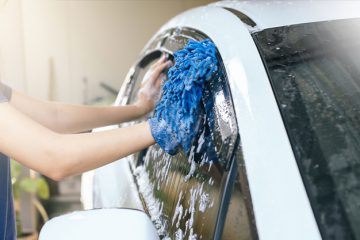 3 Things You Must Do With Your Car During Quarantine Period 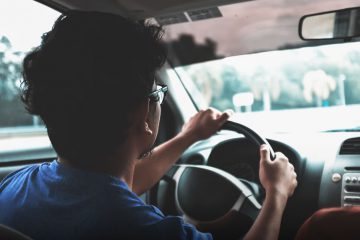 What is LTO’s Theoretical Driving Course? Know Which Driving Schools Offer This... 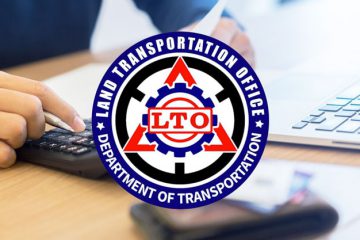 LTO Fees Guide In The Philippines 2021