All Your Questions About Bank Secrecy Law, Answered

What is it? What awaits violators of the law? What types of accounts are covered? Is yours safe?

Former US Ambassador to the Philippines Francis Ricciardone noted in his January 2005 cable that the bank secrecy laws of the Philippines are “among the strictest in the world.” This means that bank accounts in the country can only be opened in cases of violation of the Anti Money-Laundering Act.

Prior to this, there had already been a movement toward a more transparent bank law, especially for individuals working in the public sector. This is because investigations involving accused corrupt public officials through lifestyle check and their Statement of Assets, Liabilities, and Net Worth (SALN) would be so much easier if we had a fair Bank Secrecy Law.

Here are some of the things you need to know about it:

1. What is the law on Secrecy of Bank Deposits?

According to Republic Act (RA) No. 1405 Section 2, “All deposits of whatever nature with banks or banking institutions in the Philippines including investments in bonds issued by the Government of the Philippines, its political subdivisions and its instrumentalities, are hereby considered as of an absolutely confidential nature and may not be examined, inquired or looked into by any person, government official, bureau or office.”

Exceptions include “written permission of the depositor, or in cases of impeachment, or upon order of a competent court in cases of bribery or dereliction of duty of public officials, or in cases where the money deposited or invested is the subject matter of the litigation.”

Deposits may only be disclosed if a bank account is being investigated in court. This is also extended in the Foreign Currency Deposit Act of the Philippines, or FCDA, also known as Republic Act No. 6426. Foreign currency accounts may not be disclosed, except upon a written permission of the depositor.

Section 3 also states that, “It shall be unlawful for any official or employee of a banking institution to disclose to any person other than those mentioned in Section two hereof any information concerning said deposits.”

2. What will happen to any violation of the Law on Secrecy of Bank Deposits?

Section 5 of the RA states that violators will be subject to “conviction, to an imprisonment of not more than five years or a fine of not more than P20,000, or both, in the discretion of the court.”

3. What accounts are covered in the secrecy law?

Savings account, checking account, and other types of bank deposits are included in the secrecy law. Money markets, trust funds, mutual funds, and the like are not covered.

4. If someone purportedly gained access to an individual’s bank account, does that mean the bank involved isn’t safe? Should I withdraw all my money from the said account and move it to another bank?

Bank employees are able to see some bank accounts in the system. What’s important is that they don’t disclose the information they see to anyone.

In the event of data breach, it is best to move your deposits to a bank with stronger data protection in place.

5. What happens when the depositor dies and the spouse or dependent requests to withdraw the funds?

Upon knowing of the depositor’s death, Section 97 of the Tax Code allows banks to freeze the deceased depositor’s account until the Estate Tax Clearance from the BIR is submitted. this applies to both individual or joint accounts. The withdrawal will only be granted if the Estate Tax has been paid.

6. What has been done toward a more transparent investigation for public officials’ bank deposits?

At the height of the Bangladesh stolen government funds worth some $81 million, vice presidential candidate Senator Francis Escudero urged fellow public officials to sign a waiver or written permission to the Office of the Ombudsman to grant permission into all bank deposits and other investments, within and outside the country.

This is in support of Senate Bill No. 16 he filed in 2016, which makes lifestyle checks mandatory for public officials and employees. They will be required to sign a waiver for the transparency of their bank accounts. 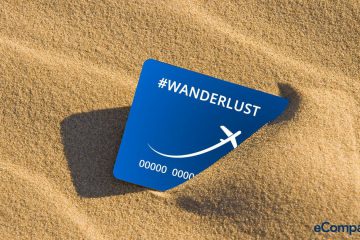 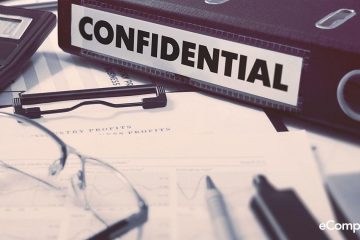 All Your Questions About Bank Secrecy Law, Answered