Many of us believe that the path to financial stability means climbing the corporate ladder. But would you believe that being “the boss” doesn’t necessarily mean you’re in the top-tier of global wage earners? Or that there are odd, but much more lucrative, jobs out there?

According to SalaryExplorer, the average monthly salary of an executive in the Philippines comes to around P92,331. That’s about $1,810 a month or $21,720 a year. Not bad, but compared to the odd jobs we’ve listed below, what your boss is getting is nothing much.  Check them out.

Ancient civilizations and cultures often had complex rituals to prepare the bodies of the dead for the afterlife. If you aren’t squeamish, you can join the ranks of this ancient and noble profession.

The modern embalming process is not for the faint of heart, but it is important for two reasons. One, your delaying the decomposition of the corpse and making it look presentable so a grieving family can say their goodbyes and have closure. Two, embalming sanitizes a body and prevents the spread of disease.

Given how important but difficult their jobs are, a good embalmer can get $45,060 annually.

Good with computers? Why not become a certified ethical hacker?

Unlike what you see in the movies or hear about in the news about hackers exploiting holes in a computer system to steal data, an ethical hacker keeps data safe. They help companies and governments by detecting and preventing security breaches.

(Read: The Top 10 Companies In The Philippines – And How It’s Really Like To Work For Them)

To be an ethical hacker, you need a bachelor’s degree in either computer science or information technology. You can then begin earning $125,00 a year.

Voice-over actors might not get the instant recognition that TV or movie stars do, but they do rake in some good cash.

Doing just five minutes of voice-over work for a short piece of animation or even a radio commercial can earn you $325. Even if you don’t get recognized and stopped on the street, you can still earn around $50,000 or $80,000 a year

Know how to cook? Not claustrophobic? Australia is always looking for submarine chefs. The base pay of a submarine chef is $50,000, plus you can get an additional $140,000 in bonuses and allowances.

Why is the pay so good? Because you’re doing a job that is considered critical to the Australian navy.  Other navies around the world also value a good cook so, check them out as well.

If you have some skill in surveillance and can hold your own in a fight, being a bounty hunter could be your path to riches.

A bounty hunter goes after people who’ve skipped out on bail. They get 10 to 45 percent of the bail deposit for bringing their quarry in. For that, they net an average of $10,000 to $45,000 per person.

Know how to dive? Consider becoming an oil rig diver.

You will be responsible for building and maintaining oil rigs and laying the underwater pipes that deliver the oil to land. For this, you can earn about $1,500 a week, or up to $90,000 annually.

Forbes Magazine ranked this as one of the best paying blue collar jobs. If you know how to assemble, install, maintain and repair an elevator or an escalator, you can earn an average annual salary of $67,750. 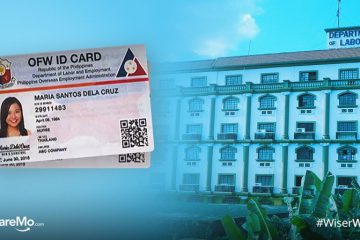 How To Get An iDOLE OFW ID Card 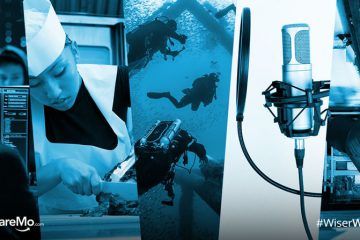