2020 Toyota Tundra: Is It Finally Coming To The Philippines?

The 2020 Toyota Tundra has been surrounded with much hype in the past weeks. But whether or not it will be launched in the Philippines anytime soon is still in question.

The Tundra is the “big daddy” of the Japanese manufacturer’s pickup trucks. It took over the reins from the firmly established T100 truck that swept through the North American compact pickup market from the 1980s all the way to the ’90s.

Toyota sought to duplicate its success in the coveted and highly competitive full-size pickup segment that stateside manufacturers like Ford, Chevrolet, and Dodge historically dominated.

In response, Toyota entered the fray with the first-ever Japanese full-size pickup to be born-and-bred in the land of Stars and Stripes: the Toyota Tundra.

And since it began to roll out the factory floor in Princeton, Indiana at the turn of the century, the Tundra has kept on trucking all the way to win Motor Trend’s Truck of the Year twice in its first decade of existence.

Its appeal and capabilities certainly warrant the fancy of pickup truck owners and off-road enthusiasts all over the world, even here in the Philippines.

Unfortunately, the Toyota Tundra 2020 continues to be a North and South American exclusive. Although, recently, there have been rumors of it officially crossing the ocean onto our pearly shores. Will it really happen? Let’s find out.

But first…let’s see how well the latest iteration of the Tundra fares against the rest of the full-size pickup segment. Does it still have what it takes to be the emperor among kings?

The Toyota Tundra has kept its hold as the best-selling full-size pickup truck from a Japanese brand in the US for 2019—an honor shared with its smaller brother from the midsize category, the Tacoma. For twenty years, it only underwent one generational change, a testament to how reliable and desirable the Tundra is to its customers.

Without a doubt, the Tundra is the oldest pickup in its class. It still remains under the second generation, which was introduced 13 years ago.

Several interior, engine, and aesthetic changes, coupled with updated trim packages, keep the truck fresh over the years; but what makes the 2020 Tundra stand out among others is what’s under the skin: class-leading standard safety features and a solid off-road rep.

For 2020, gone are the 4.6-liter V8 engine that came in standard and the optional flex-fuel engine.

Replacing them is the more powerful 3UR-FE V8, which is available in all models. The 5.7-liter engine pushes 381 horsepower and pulls with 543 Nm of torque to either the rear or all four wheels.

While there are newer, more advanced, and more powerful engines available with the competition, the 2020 Toyota Tundra is adequately equipped to run, haul, and climb on virtually every surface imaginable—making it irresistible to whip around at either work or play.

With this in mind, a car-like ride is not to be expected for this all-around workhorse. The TRD Pro, with its off-road package, can make the ride more pliant but don’t expect it to be a game-changer.

These figures place it as having the worst fuel economy in its class, albeit the full-size pickup segment was never known for its outstanding fuel economy anyway.

The 2020 Toyota Tundra has plenty of space for people and stuff, as expected from a contender at the full-size pickup segment.

Rear passenger legroom is impressive, among the best in its class and visibility in this imposing machine is nothing to scoff at. Storage is maxed out with an additional rear-seat storage compartment in the Double Cab trim, available in most models.

Sad to say, the good marks stop here. Creature comfort is sufficient bordering on utilitarian, with cheap and rubbery accents adorning the cabin. The infotainment system is so-so and upgraded trim levels do little but add more speakers to the audio system.

Thankfully, it has Apple CarPlay and Android Auto. If your taste can be described as no-frills, no-nonsense, and nothing else, the 2020 Toyota Tundra could be the perfect match for you.

If you’re looking for something on the premium side, your saving grace can be found with the premium 1794 edition. It has exclusive exterior design and colors available only to the 1794 edition, while the interior is trimmed with leather seating and suede accents.

Safety features of the Tundra

This is where the 2020 Toyota Tundra shines and separates itself from the pack. Unlike most of its competition, driver assistance technology comes standard with every model of the Tundra. Key safety features include:

It should be mentioned, however, that the Tundra scored average in crash test ratings for both the National Highway Traffic Safety Administration (NHTSA) and the Insurance Institute for Highway Safety (IIHS). Yet overall, it received a ⅘ NHTSA rating because of these standard safety features.

The 2020 Tundra is available in six models with 20 trims across all models. You can choose either a 4×2 or a 4×4 configuration for each model (except for the TRD Pro, which is only available in 4×4).

How much would the Toyota Tundra 2020 cost in the Philippines? A direct USD to PHP conversion slots the base level 2020 SR Toyota Tundra Philippines price at ₱1.68 million and the top-of-the-line, special 1794 edition Tundra at ₱2.59 million.

This places the pickup on good value in terms of pricing. There are less than a handful of full-size trucks with an extended cab and a V8 engine at this price range, and none of them have the accolades the Tundra has.

Is the Toyota Tundra 2020 going to be available in the Philippine market?

Perhaps the most anticipated question you want to be answered is: Will the Tundra finally be added to the roster of the undisputed best-selling car brand here in the Philippines?

The answer is: we’re not sure. There is no indication of whether or not Toyota Philippines will bring the Tundra here. Its local counterpart, the Toyota Hilux pickup truck, is still performing well enough for what the market demands.

The answer is: we’re not sure. There is no indication of whether or not Toyota Philippines will bring the Tundra here. Its local counterpart, the Toyota Hilux pickup truck, is still performing well enough for what the market demands.

The closest news we can relate to the Tundra coming here is with the speculation that all Toyota pickup models will share a brand-new platform, codenamed “F1,” under the Toyota New Global Architecture program (TNGA).

If we hear something on the automotive grapevine, you’re going to be the first one to know. (So subscribe to our newsletter and follow @eComparemo on social media.)

If you still want to get your hands on the “big daddy” of Toyota pickups, there’s still a way. There are local independent car dealers with extensive grey import market networks that could help you acquire the Tundra legally: with proper documentation and registration.

The 2020 Toyota Tundra might be outdated compared to its rivals at almost every front but its blend of reliability, safety, and competence still places it right in contention.

It can be counted on to simply get the job done. However, we can’t deny that it is in dire need of a refresh. Luckily for us, the world can expect the launch of an all-new model as early as next year. 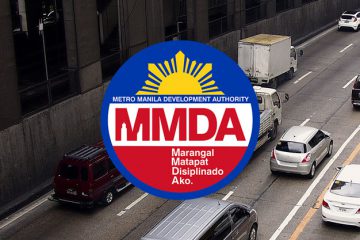 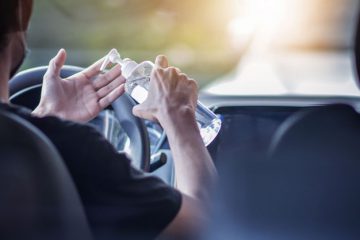 11 Things To Check Before You Start Driving Your Car Again 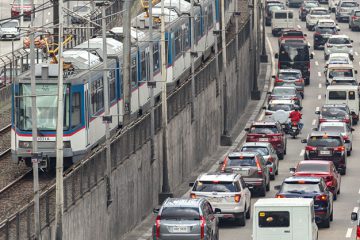 The First Day Of GCQ Was A Riot For Metro Manila