According to the agency’s Circular No. 2017-0024, PhilHealth members’ contributions are being adjusted in order to keep up with the rising costs of the subsidy shouldered by the National Health Insurance Program (NHIP), the government program that aims to alleviate health care costs among Filipinos.

In the circular, PhilHealth explained that the adjustment was necessary to sustain the various enhancements to program benefits that have been introduced in recent years. It will also allow the NHIP to come up with and sustain future benefits to ensure that the agency can continue to effectively respond to the growing healthcare financing needs of all the members.

Aside from the increase in rates, the government health insurance agency will also forego the 28-tier bracketing system used to compute for the monthly premium. Under the new scheme, the following rates have been simplified:

The said bracket, according to the circular, will cover the following sectors:

Under Republic Act No. 10361, the Philhealth contribution of Filipinos working as househelp should be shouldered by the employer. However, those who are earning P5,000 and above monthly will be paying their share of the contribution based on 50 percent of their computed monthly premium.

Still unclear on what the difference will be? Let’s take a closer look. The basic formula for computing your monthly premium is:

Let’s say someone is earning a monthly salary of P25,000 if we compute their premium using the formula we get:

Thus, the monthly premium of an employee earning P25,000 a month is P687.50. This is then divided between the employer and the employee proportionally, leaving the latter with a P343.75 monthly obligation to Philhealth.

If the person gets his salary bimonthly, then Philhealth takes P171.875 every payday for their contributions. In the old bracketing system, the same employee would pay P312.5 every month.

In a report by the Philippine Daily Inquirer, Health Secretary Francisco Duque III made the announcement of the price increase to the media last Saturday. According to Duque, the rise in premiums is justified because “PhilHealth has been existing for three decades and it is hiking its premium contributions only now.”

“This will double the actual solvency of PhilHealth’s reserve fund from the current four years to eight and a half years,” Duque said. Apart from the increase in the PhilHealth’s budget through bigger contributions, the agency is also getting around P50 billion from the DOH’s P165-billion budget for 2018.

OFWs and the Self-employed

Take note that, The PhilHealth contribution increase only covers members of the formal economy, government employees, and private workers.

For land-based OFWs, the premiums have remained the same since their hike last 2014. All migrant workers must pay P2,400 annually to enjoy their benefits. Workers under the said category can either pay the P2,400 in full for a year or P1,200 for six months’ worth of contribution, with the remaining half to be paid later in the year. According to PhilHealth, payment for OFWs can be made via POEA One-Stop Shop Centers, local PhilHealth offices nationwide, or any PhilHealth-accredited collecting agents abroad.

Meanwhile, self-employed members remain the same rates as before. Those who earn P25,000 and below monthly must pay P2,400 a year and individuals earning above P25,000 have to shell out P3,600 per year. PhilHealth contributors under the said category can settle their premiums quarterly, semi-annually, or annually. 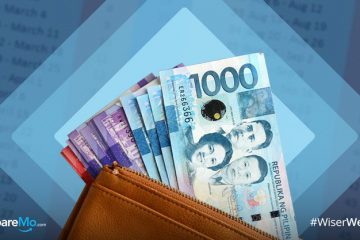 These People Saved A Total Of P133,850 Through Money-Saving Challenges 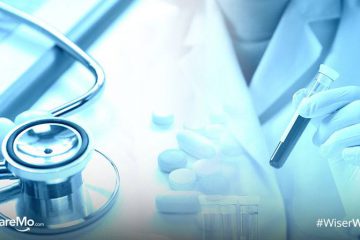