Drawing The Line: When Too Much Frugality Becomes Unethical

Not every money-saving tip out there is worth following.

Frugality is never just about saving those extra pesos by following life hacks. Beyond spending as little as possible, it also entails maximizing every resource you have wisely.

Although it might seem contradictory to its goal, sometimes frugality is about spending a bigger amount because you put a premium on quality that can last you a longer time.

While extreme peso-pinching might mean that you have to give up certain things, sometimes it’s easy to fall into the trap of doing unethical practices. Where do we draw the line? What is frugal and what is unethical?

To understand where frugality ends and ethical issues begin, we need to understand the word that’s commonly associated with the threshold: diskarte.

Loosely translated, the term refers to an off-the-books “strategy” to solve a certain problem. You may otherwise call it resourcefulness—a trait that is deeply embedded in our collective DNA as Filipinos.

According to WIKApedia, a Facebook page run by the Presidential Communications Development and Strategic Planning Office, diskarte came from the word descartar, which means “to discard or throw away.” It is believed that the term came from playing cards where a player would discard a card in order to get a better hand.

In 2017, Mike Grogan wrote on BusinessMirror that the term means “to adapt and be creative when the moment calls it.”

The perfect example of this was how post-war Filipinos converted old Willys Jeeps into modes of public transportation, or Marston Mats into property fences. It gave birth to more tangible symbols we have now such as crispy pata, sisig, fishball carts, and the like. From unwanted parts, a Filipino can turn it into something creative and useful.

Diskarte can also refer to street smarts, money-saving hacks, and other measures that will allow a person to expand his bag of tricks for maximum value for the peso.

In the past, we have consistently written about finding loopholes or maximizing the value of your purchases. Some of the articles we have published that we can file under diskarte are the following:

However, diskarte isn’t always about the renowned Filipino quality of being resourceful even when supplies are short.

JoeAm, an anonymous blogger who writes for the collective Society of Honor, explains the dark side of the Filipino diskarte. According to him, the trait would explain the “amoral mindset of the Filipino.”

“Any hint of morality is Darwinian—the survival of the fittest,” he added.

Much of the discussion about the word has often been about the ingenuity of the Filipinos—and usually, the tone is almost always positive. In a paper published in the Diliman Review, Celia Bonilla found out that one of her respondents have a more negative connotation of the trait.

Meanwhile, researcher Marie Rose Morales wrote in the Philippine Journal of Psychology that the ethics of diskarte is complicated, especially in a country like the Philippines which, she believes, has always suffered from a case of “pervasive inequality.”

“Personality traits such as psychoticism, low honesty-humility, and willingness to bend the rules can also contribute to being ma-diskarte,” she wrote.

“In approaching diskarte, a key dimension of appropriateness that may be used is the solution’s practicality or usefulness,” she added.

To illustrate this, she compared two options: If you do not have enough money to pay for a jeepney ride, you can either “pick loose change from the street until the minimum fare can be covered” or “ride jeepneys that are packed with people so that one can pretend to have paid while conveying others’ payments to the driver.”

Although they’re both unconventional, she assumes that people would choose the latter more “as it entails the least time and effort between one’s current state and the end-goal.”

In a Facebook post that was widely shared a few days ago, a group of vacationists in Boracay boasted about “hacking” a buffet of a renowned resort thereby copying the stamp given to paying customers.

According to the now-deleted post, a 25-centavo coin and black pen will help you cut through the resort’s P350-worth breakfast buffet. He even claimed that it’s his “crazy idea” and only tried it once.

After the post drew widespread criticism, the person who originally posted clarified that it was just a prank and they were actually entitled to a breakfast buffet as customers of the resort. The person has already deleted their Facebook page.

This isn’t an isolated case: every now and then, you will see posts on Facebook bragging about their misdemeanors disguised as money hacks.

For instance, it’s common nowadays to find people boasting about the chicken oil they’ve pilfered so they don’t have to spend on condiments. Missing ketchup bottles are the reason why some restaurants only serve condiments by the packet.

These things don’t just happen in public establishments. Sometimes, unscrupulous people take diskarte too far by ransacking their office for personal gain. Some work-related money “hacks” that can be considered unethical, immoral, or downright criminal:

To be honest, the list can go on. But what separates them from your usual money-saving tips boils down to one word: misappropriation. The resources intended for the company and its employees are instead being redirected somewhere else. Unfortunately, these habits are merely brushed off as having street smarts or being wais (wise).

At the end of the day, no money-saving tip or hack should compel you to do something that will make you look bad. If following “frugal” advice will mean that you’ll take advantage of other people, turn around and walk away. It’s not worth any peso saved. 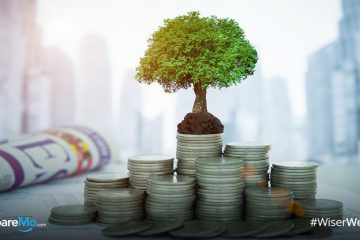 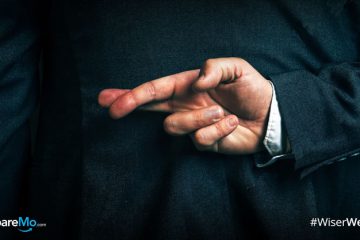 Drawing The Line: When Too Much Frugality Becomes Unethical 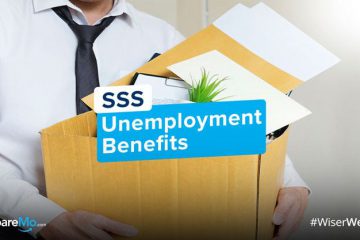 How To Avail Of SSS Benefits Even When Unemployed