What Are The Valuable Lessons About Life And Money That We Can Learn From Manny Pacquiao?

Yesterday, Filipino boxing champ Manny Pacquiao probably faced the biggest fight of his career. The clash, which was observed by millions of boxing fans from all around the world, was said to be the biggest fight of the century. After 12 rounds of trading punches and dancing around the ring, Floyd Mayweather, Jr, retained his spotless record via unanimous decision.

Despite getting another loss in his stellar boxing record, the fight dubbed as the greatest battle in the “fistory” of professional boxing is still a victory for the People’s Champ, earning hundreds of millions of dollars from the entering the ring alone. This doesn’t include the potential earnings from pay-per-view cuts as well as endorsements.

While his bounty from the fight with Mayweather may be large enough for him to retire comfortably, exactly how rich is Manny Pacquiao? How much is his net worth, including his earnings from being a congressman, endorser, basketball team owner, celebrity, and other ventures?

Read: Planning Your Retirement: Is It Really Something Everyone Should Look Forward To?

According to his 2013 Statement of Assets, Liabilities, and Net Worth (SALN), Manny Pacquiao’s declared assets are worth a staggering PHP 1.8 billion, with his real properties taking a huge cut of the pie at PHP 1.1 billion, then followed by his personal properties worth PHP 736 million. While he has liabilities worth PHP 527 billion and a drop of his SALN from PHP 1.7 billion in 2012 to 1.3 billion in 2013, Pacquiao is still hailed as the richest congressman–and almost all of his earnings came his 22 years of being a professional boxer.

Although the Pacquiaos aren’t ostentatious with their riches, the media still get wind of their luxuries every now and then. Just recently, Pacquiao bought a swanky mansion in Beverly Hills that was previously owned by singer Jennifer Lopez. He also has a fleet of luxury vehicles, including a Ferrari 458 Italia worth more than USD 250,000. Meanwhile, his wife Jinkee owns several local businesses in their hometown and Manila such as water refilling station, fashion boutique, gasoline station, arcade building, dermatology clinic, economy hotel, merchandise store, and so much more.

While Pacquiao may be swimming in millions now, it is no secret that the boxing superstar’s history is a long and grueling one. Determined to get his family out of poverty, Pacqir,uiao dropped out of high school at the age of 14 and went to Manila to become a prizefighter. While his road from being a lowly amateur boxer to a world-renowned multi-division champion is a painful one, there is one thing that is clear: he made it and he made it big.

Certainly, it is easy for him to simply go from one boxing match to another so he can get by and still live a very lavish life. However, his bout with poverty as well as his humble roots may have kept him on the ground and propelled him to where he is right now. Fortunately for us, even if we are not boxers ourselves, we can pick up a lot of things from Pacquiao that we can apply to our daily lives, especially when it comes to our everyday struggles in life and money.

It is no secret that Manny Pacquiao slaved himself to the ring ever since he was a teenager, and more than two decades later, he is now on the top of the world. If there is one thing that will summarize Pacquiao’s road to victory, that will be due to hard work. Aside from giving his best shot in the ring, he also ventures into other areas such politics, basketball, entertainment, advertisement, and so much more that it seems that he’s working 24/7. And as everyone can see, his hard work is paying off.

2. Always be hungry for more

Pacquiao may be hungry for a lot of things; this must be the main reason why he is entering a lot of fields over the past few years. However, this doesn’t mean that he’s greedy. In 2007, Pacquiao took a high school equivalency exam to make him eligible for college, and he pursued a college business degree in his hometown. Being hungry for more means that your ambition doesn’t wane, and when used correctly can help you reach your goals.

3. Don’t stop after you lose

Pacquiao does not have a spotless record; in fact, he suffered monumental losses long before he became a part of top-billed fights in Las Vegas. However, losing his battles both inside and out of the ring does not stop him from soldiering on–and everyone admires him because of this. Whether it is a problem with life or your finances, keep in mind that it’s not the end of the world and you can still find a way to deal with those roadblocks once and for all. If Pacquiao got disenchanted after his first loss, we may not have Sundays where EDSA is like a ghost town.

4. Stay humble even with your huge victories

When a person it at the prime of his life, he is more susceptible to pride and arrogance, and more often than not, this leads to downfall. However, Pacquiao hasn’t showed any form of arrogance even after winning fights and living comfortably. Humility, even with your victories in life, will help you avoid getting blinded by the flashing lights of glory. And to those who do not seek this advice will never know what hit them, like deer in the headlights.

5. Never forget to have fun

Whether it is going to Disneyland with his family or living with the stars in Beverly Hills, Manny Pacquiao still knows how to have fun in his life. He may be working hard for 12 rounds whenever he’s inside the ring, but when he’s not, he spends quality time with his wife and kids. Even with all the hard work and daily grind, never forget to have fun. There’s more to life than just toiling all day long. And those who are not enjoying their lives are missing a lot.

We will never run out of reasons on why we emulate Pacquiao. However, what makes him likable is that he’s a good example of a success story; he is the People’s Champ and his struggles are that of the common Filipinos. And while we do not go to the ring and throw punches with people, our boxing match with life is pretty much the same. Who knows, one of you may be the next Pac-Man in your own field?

What Are The Valuable Lessons About Life And Money That We Can Learn From Manny... 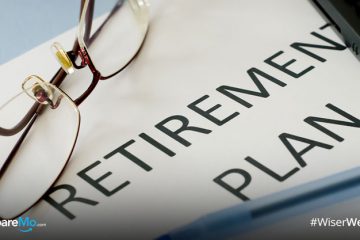 Planning Your Retirement: Is It Really Something Everyone Should Look Forward To? 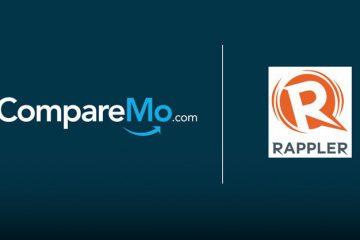 eCompareMo Has Been Featured on Rappler!