Local U2 fans have finally found what they’re looking for, as the iconic Irish band announced a Philippine leg for their Joshua Tree Tour. After weeks of announcing their instantly sold-out Singapore concert, Bono, The Edge, Adam Clayton, and Larry Mullen Jr. will rock the country for the first time.

The concert will be on December 11 at the Philippine Arena in Bulacan. While the show is still several months away, tickets will be available to the public in September.

The first round of ticket sales on September 1 to 3 will be exclusive to U2.com subscribers.

Meanwhile, the second and third tranches will be for Smart subscribers (September 4) and the general public (September 5), respectively.

U2’s performance in the Philippines will be part of the Joshua Tree Tour, which kicked off in 2017. The series of concerts serves as a celebration of the band’s inarguably most iconic album, The Joshua Tree, which celebrated its 30th anniversary two years ago.

The Joshua Tree is widely regarded as one of the finest records not only in the band’s sprawling discography but of all time too. It features some of the U2’s best songs such as “With or Without You” and “I Still Haven’t Found What I’m Looking For,” among others.

If the idea of them playing the entire album doesn’t convince you, we don’t know what will.

Currently, you have a little over a month to put your house in order to be able to fork out the moolah for the tickets. Don’t worry, since we’re here to help.

If you really want to see U2 live in Manila, here’s all you have to do, pronto.

If you’ve been reading up to this point, then you’re probably wondering already how far you want to be away from the stage. To help you decide how much you have to save up, here are the ticket prices for the different areas:

You might be wondering why the VIP standing section nearest to the stage is cheaper than other sections such as lower box areas. According to a report by the Philippine Daily Inquirer, the VIP section is “for U2 fan club subscribers” who will be the first ones to have access to these seats at lower ticket prices.

Keep in mind that the ticket prices posted above are merely the base prices and other surcharges like taxes and service fees are not taken into account yet.

(Read: Music Licensing In The Philippines: How To Legally Use Copyrighted Songs)

A few years ago, we gave you a 20-week game plan on how you could make your Coldplay concert dreams come true. While it’s much easier to save up for a Coldplay ticket, now for U2, you only have one month and some change.

If you’re worried that you won’t be able to make it, keep your cool. We still have a template you can borrow so you can have enough money to watch U2.

Here’s a weekly target budget if you want to break down your objective into more actionable bits:

With the best seats in the venue belong to the VIP standing section, we highly suggest you train your eyes somewhere else because they hardcore U2 fans will definitely go for these.

To help you carefully budget your money for U2 tickets, we have some suggestions on the steps you need to take to save money every week.

(Read: 5 Ways To Train Your Brain To Save, Not Splurge)

If you do things right, you’ll have enough money to see U2 live in December. But if you decide to not be mindful of your expenses, the concert goes on, well…with or without you. 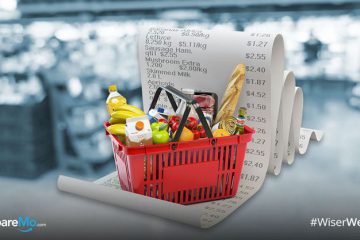 10 Reasons Why You Need A Budget 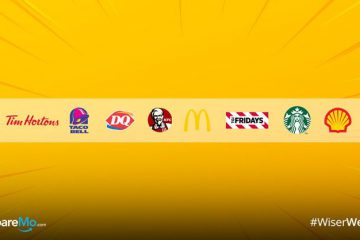 Here's A Good Reason Why You Shouldn't Throw Away Those Receipts 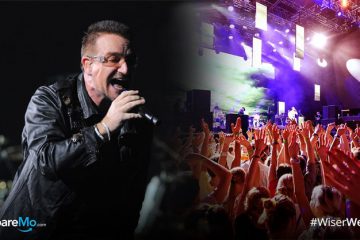