Choosing to become a doctor in the Philippines is not an easy career path. Aside from having the dedication and perseverance to study hard, a future doctor’s family also needs to have quite a hefty amount of savings in order to sustain their 10-year ride.

If you know someone who has always dreamt of becoming a doctor and are really serious about pursuing a career in medicine, here’s something that might help.

We’re hoping that this guide will help our country’s future doctors find the perfect school that will allow them to make their dreams a reality.

A private medical school in Quezon City, UERRMC is recognized as one of the three Centers of Excellence in Medicine in the country.

With a passing rate of 87.92% in the recent March 2019 Physician Licensure Exam, one of their graduates Dale Ivan Aurigue Bruel bagged the 7th spot.

Having been founded back in 1871, the UST Faculty of Medicine and Surgery can proudly say that it is one of the oldest medical schools in the country.

One of their alumni ranked first in the March 2019 Physician board exam and the university itself earned a passing rate of 89.83%. The UST Faculty of Medicine has earned a Center of Excellence Award from the Commission on Higher Education (CHED).

3. The University of the Philippines – Manila

UP Manila’s College of Medicine earned a Centers of Excellence in Medicine and Nursing awards from CHED.

The college also offers the Integrated Liberal Arts and Medicine (INTARMED) Program, a seven-year medical program for a Doctor of Medicine degree.

UP’s INTARMED program shortens the medical education course by two years. The students complete two years of pre-med and four years of regular medical studies then, on their last year, can immediately pursue their clinical internship.

The medical school arm of Velez College, CIM is one of the leading medical institutions in the Visayas offering a four-year degree in Doctor of Medicine (M.D.).

In the September 2018 Physician Licensure Exam, the institution got a passing rate of 90.92% with one of their graduates bagging the 2nd place.

The FEU-NRMF Institute of Medicine is a private medical school that offers a Doctor of Medicine program.

Over the last four years, their institute of Medicine continues to prove its academic excellence through the school’s board examination performances. In the recent Physician Licensure Exam held in March, the university had a passing rate of 97.96%.

SLCM-WHQM is a private medical school located in Quezon City offering a five-year Doctor of Medicine (M.D.) program where students undergo four years of medical studies before a one-year internship.

SLCM-WHQM has a history of producing board passers and topnotchers. The most recent graduate to do go was Ralph Benedict Baranda Ma-alat who came in 8th during the March 2019 Physician Licensure Exam.

SLU is regarded as one of the Philippines’ most respected and leading educational institutions that has grown with the demands of the current and future environments for its students and faculty alike.

It has sustained itself since 1911 to become one of the top centers of academic excellence in the Philippines that meet international standards in tertiary education.

Today, SLU is the largest university in the North with more than 30,000 students from the elementary, high school and college levels. Its reputation for excellence attracts students and scholars not only from the Philippines but from other countries as well.

PLM divides their med students into the following categories and the amount of tuition a student will pay depends on the category they fall under.

At the end of the first year, you have to get a GWA of at least 2.5/4.00 (79-80) with no failures in order to maintain your category status. Otherwise, you will automatically be placed on CATEGORY 3 (full cost) for 2nd year. You can regain your original category status for the 3rd year if you get better grades at the end of 2nd year.

DMSFI was established in July 1976 in response to the recognition of the lack of doctors serving rural communities and lack of specialist in urban centers of Mindanao. Its College of Medicine was thus the first such college to be set up in Mindanao and is dedicated to providing medical education and training of the highest order, leading to the provision of effective medical care in both rural and urban communities.

CDC-CM, in Mandaue City, Cebu is consistently one of the Philippine’s top performing schools based on the medical board results. In 2010, CDC-CM was granted Autonomous status the highest recognition that CHED grants private universities.

ASMPH offers students a five-year course which will earn them a dual degree in Doctor of Medicine and Masters in Business Administration (MD-MBA). The college’s current dean is a former Health Secretary, Manuel M. Dayrit.

WVSU-CM is a public medical school in Iloilo City. Over the last four years, WVSU-CM was one of the leading schools in the country when it comes to medical board results.

The Xavier University – Dr. Jose P Rizal School of Medicine was named after the Philippines national hero. Aside from being a patriot, Rizal was a dedicated and skilled doctor.

Xavier hopes to produce graduated who, inspired by Rizal will embody the values of service that are part of the medical profession. They also aim to instill a great love for and commitment to life and country in their graduates.

SBU-CM offers a four-year course leading to the Degree of Doctor of Medicine.

(Read: How To Save Up For Your Child’s College Education)

The Zamboanga Medical School Foundation (ZMSF) is committed to providing medical training which allows their students to meet the medical board examination and licensing requirements to practice as medical doctors in the Philippines.

After a careful evaluation, the ZMSF’s program was approved by the Technical Panel for Medical Education of the CHED in February of 1994. With that, the College of Medicine of the ZMSF was officially considered as one of the top medical institutions in the country.

The AUF School of Medicine envisions itself as a center for quality and relevant medical education as evidenced by its programs and services recognized locally and internationally. It is committed to produce quality and compassionate medical practitioners with a social conscience and dedication to the service of Filipinos.

Siliman University aims to become a leading institution in the region in providing quality medical education. They are committed to producing competent physicians who are guided by principles in the provision of excellent health care.

CPU-ColMed is one of the newest colleges and academic program of the Central Philippine University. The college offers undergraduate degrees in Respiratory Therapy and Lifestyle and Fitness Management, a program on which the college pioneered and the only one that offers in the Philippines.

The MSU College of Medicine began with Republic Act. No. 1983 which created Mindanao State University.

The college was opened in 1984-1985 in order to produce competent medical practitioners who could meet the needs of MINSUPALA’s medically-depressed areas. The college also aims to provide opportunities for Muslim students and other members of the cultural communities of MINSUPALA to become Doctors of Medicine and serve their areas. 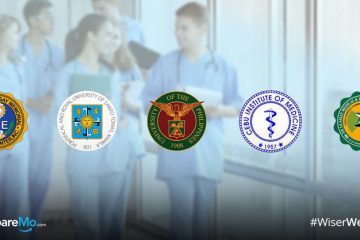 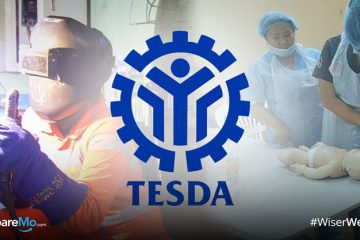 A Complete Guide To TESDA Courses And Programs