Study: One Percent Of The Global Population Now Owns Half Of The World’s Wealth

Report says the Philippines’ middle to upper class is getting richer.

Harder, better, faster, stronger. That’s how the middle class’s purchasing power is now in a nutshell, making them the main driving force behind the economy. As the middle class becomes the new rich, the country’s richest people are also owning a bigger slice of the country’s money—and according to Credit Suisse, the trend is a global one.

The latest report published by the Switzerland-based financial service firm reveals that the richest people on the planet now own half of the world’s wealth. The world’s richest made a six-percent jump over the last five years despite numerous economic and political disasters—in 2009, they only owned about 44.2 percent of the world.

And the global percentage of the people owning half of the world’s money today? One percent.

Read: (Check Out This World Map Of Billionaires And Their Sources Of Wealth)

The pyramid of wealth

Think of the distribution of wealth in the world as a pyramid. At the base of the wealth pyramid are people with a net worth of less than US$10,000, and they encompass 71 percent of the world’s population.

And then there’s the cream of the crop: the one percent of the world’s global population. They are worth US$1 million and up, and there are only around 70 million of them in the world.

Breaking the class further down, we can find inside this circle an ultra-elite circle: a mere 0.36 percent of the top one percent, who is worth US$50 million and up. And there are only 123,800 of them in the world. In totality, the global households have amassed a total amount of US$250 trillion—which, if put into perspective, is more than 80 times our proposed 2016 national budget.

So who are Filipinos who belong to the world’s top one percent? Forbes’ 2015 list of richest Filipinos included the following names:

Aside from wealth distribution in the world, Credit Suisse’s report also disclosed that the Philippines belongs to “frontier wealth” range, meaning adults in the country are worth US$5,000 to US$25,000. Other countries that belong to the said class are China, Vietnam, Brazil, Indonesia, Egypt, and Turkey.

The report also stressed that the country’s middle- to upper-class are getting richer. In 2000, they were worth a total of US$72 billion. Fifteen years later, the total wealth of the middle class skyrocketed to US$364 billion, which is a whopping 400-percent jump in 15 years.

The phenomenon isn’t exclusive to the Philippines. China has overtaken the United States with the most number of middle-class citizens in terms of number. According to the report, China’s middle class has already reached 108.764 million, besting the United States and Japan at 91.856 million and 62.051 million, respectively.

How is this important to our lives? First, we have to know that we have a growing middle class in the country, and they can have a good impact on our economy, especially if they decide to bank their money in long-term investments that will keep the economic wheel turning. Second, the middle class shouldn’t be deluded that even with their increasing spending power, they should also bump up their lifestyle and live a lavish life. Once they see the endless possibilities of their money, they can propel themselves to greater financial freedom and in turn, economic prosperity. –Dino Mari Testa 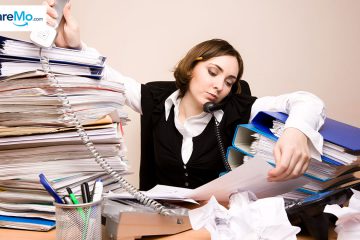 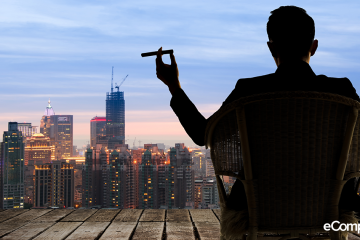 Study: One Percent Of The Global Population Now Owns Half Of The World’s Wealth