The Philippines is the best country to invest in this year.

According to U.S. News & World Report, a web-based American media outfit, the Philippines is a top spot for businesses. After the Philippines comes Indonesia, Poland, Malaysia, and Singapore.

“In contrast to declining inflows of foreign direct investment or FDI, to Southeast Asia as a whole, the Philippines continued to perform well, according to United Nations data. In the years to come, the country is expected to receive more FDI from within the region from powerhouses like China that are looking to utilize available labor in developing nations,” U.S. News reported.

The media outlets’ “Best Countries” survey evaluated “80 countries across 24 rankings drawn from a survey of more than 21,000 global citizens, measuring 75 dimensions that have the potential to drive trade, travel, and investment and directly affect national economies.”

Why is the US-based media outlet confident about the Philippines and what does this mean for the country? Let’s take a closer look.

In a report published by the United Nations Conference on Trade and Development (UNCTAD) on world investments, the organization believed that the Philippines will continue enjoying FDIs from neighboring countries.

“In South and South-East Asia, several countries, including Bangladesh, Nepal and the Philippines, are expected to receive more FDI in years to come, especially from within the region, in line with a division of labor between more developed countries and less developed countries,” the UNCTAD report concluded.

Although the Duterte administration keeps courting China to pour in more money in the Philippines, the Philippine Statistics Authority (PSA) revealed that China doesn’t even belong to the top 3 foreign investors in the Philippines. For last year’s third quarter, Japan, Taiwan, and Australia were the top three sources of FDI inflow.

Meanwhile, the top countries placing their money in the Philippines last 2016 were the following:

Some of the biggest foreign companies in the Philippines include Shell, Lafarge, Philips, Intel, Texas Instruments, ING, and Cemex.

Foreign companies cannot fully own a company here in the country due to the 60-40 limit for foreign investments exists, meaning international companies can only own up to 40 percent of a company in the Philippines. The president is looking into abolishing the FDI limitations placed in the constitution.

(Read: Who are the Biggest Foreign Aid Donors To The Philippines?)

Last November, Socioeconomic Planning Secretary Ernesto M. Pernia said that the president is expected to issue a memorandum circular order to fast-track the removal of FDI restrictions through legislation.

The Philippines may still be enjoying cash inflow from foreign companies, but there may be roadblocks ahead to fully see their gains. One of the most apparent roadblocks in the economic gains through FDI is inflation.

In a report by local news outfit Rappler, Philippine inflation saw an uptick for the past two months, with January recording a 4 percent inflation rate and February a 4.5 percent rate. Both rates are higher than last year’s average of 3.2 percent and their year-on-year rates compared last year at 2.7 percent for January 2017 and 3.3 percent for the next month.

The surge of the inflation rate at the start of 2018 was attributed by the PSA to “faster annual gain recorded in the heavily-weighted food and non-alcoholic beverages index at 4.8 percent and the double-digit annual increment in alcoholic beverages and tobacco index at 16.9 percent.”

Much of the hike in prices of goods that led to an uptrend in the inflation rate was due to the implementation of the Tax Reform Acceleration and Inclusion (TRAIN) law by the current government.

While higher inflation seems bad, how does it affect foreign investment in the Philippines? For starters, inflation serves as one of the key determinants of whether or not a country’s economy is stable and the government applies appropriate policies to keep the market tempered. Higher inflation can lead to lower foreign capital inflow because of the increased risks perceived and potentially lower profits due to increased operating expenses in the country. 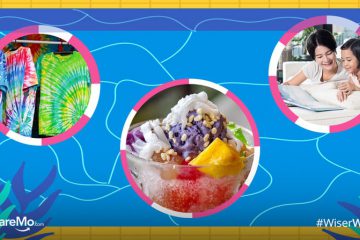 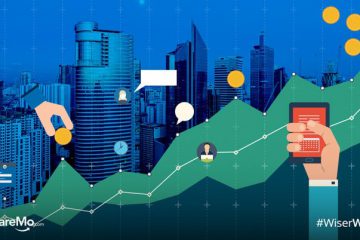