Keep in mind that the operative word is “can” and the 10-year validity doesn’t apply to everyone. In short, you must earn your stripes to enjoy that privilege.

During the formal opening of a driver’s license renewal center in Baguio City, LTO head honcho Edgar Galvante said that the 10-year validity is only for the select few drivers who follow the law to a T and have not incurred any traffic infractions.

“From the one-year validity of the license, we made it three years. Now, we made it five and so it would be 10 [years] so that you don’t have to come back every five years but rather, 10,” said Galvante.

“But that is if you are not delinquent meaning, you do not have violations,” he added.

Galvante’s comments aren’t just something he made up but rather, a clause in our current traffic code that isn’t really emphasized.

In 2017, President Rodrigo Duterte signed the Republic Act No. 10930, which amends certain provisions of the Land Transportation and Traffic Code of the Philippines, the 55-year-old law that requires a complete overhaul to keep up with the times.

Under the law, driver’s licenses now have a validity of up to five years. However, Section 23 of the amendment stipulates that license holders “who have not committed any violation of Republic Act No. 4136 and other traffic laws, rules and regulations during the five-year period” are eligible for a ten-year validity upon renewal.

If you’re one of the people who got the first batch of five-year licenses and you’ve done a good job at not becoming a kamote driver, then you’re up for renewal in 2022. If the LTO finds out that you’re a good boy, then you’ll be rewarded for being an outstanding driver.

What does it mean to have a driver’s license valid for 10 years?

What does it mean by no traffic violations? Basically, it means that, on the databases of traffic constables of local government units, the Metropolitan Manila Development Authority, and other agencies, you must not have been flagged for a road infraction.

The amendment states that all road infractions committed will be forwarded to the LTO, which will “serve as the repository of all traffic violation records.”

Even if you are eligible for a 10-year license, this doesn’t mean that it will go on forever. If you renew after a decade and they find out that you have several violations under your name, then the validity of your new license will go back to just five years again.

In addition, an astounding number of demerits may even force the LTO’s hand to suspend your privilege to drive or even permanently ban you from operating a vehicle.

“It will be confiscated. You will be suspended, and you will have to serve the suspension before you can get it back,” Galvante said.

Just because they don’t tell you about it doesn’t mean that the LTO doesn’t keep tabs of errant drivers. Remember, Big Brother is watching.

The future is point system?

As we’ve mentioned, to enjoy a 10-year validity for your driver’s license, you need a spotless record under your name. However, as every violation is recorded and eventually, you’ll eventually be judged by your merits. Or demerits.

In other countries like Australia, Germany, and the United States, the point system is used to punish repeat offenders and make sure that more serious traffic infractions are punished and taken seriously. For instance, Australian drivers will be suspended for a minimum of three months if they accumulated 12 demerit points. An additional one-month suspension will be awarded for every point exceeding the suspension score.

How do you redeem yourself under this law? Other countries have this scheme called the “good behavior” period. When you apply for this, you will be under probation and any further infraction will result in double the amount of suspension period. In more extreme scenarios like drunk driving, your license will be suspended outright.

(Read: On LTO Violations: How To Get Your License Suspended For Life)

It may seem like the focus of this system is to merely punish drivers. However, evidence-based policies would beg to differ.

In 2003, the point-based system was introduced in the Veneto region of Italy. After one-year implementation, researchers found out that seatbelt use increased by more than 50 percent and the region saw a 19-percent drop in motoring-related injuries.

Another great benefit of the demerit system is how it affects insurance pricing in other countries.

In the United States and the United Kingdom, higher demerit points can raise your insurance premium by a significant amount.

To insurers in other countries, higher points under your name means that you’re a high-risk driver and the chances of you getting in an accident are higher than the average. Meanwhile, drivers who strictly abide by the traffic rules can apply for discounts.

The LTO giveth, the LTO can taketh. Keep that in mind the next time you try to beat a red light. 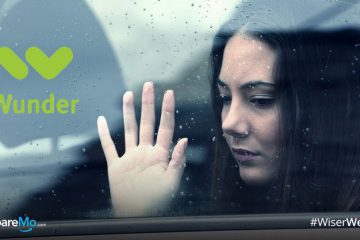 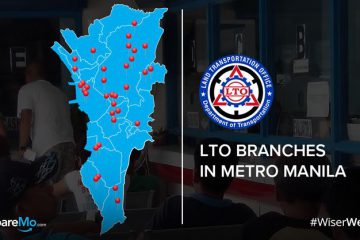 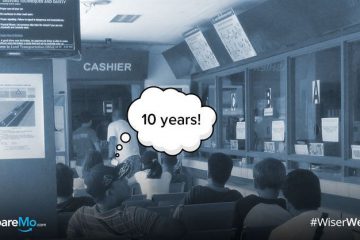