NCR & Selected Provinces To Be Placed Under GCQ Until December 31

The Malacañang has decided to extend the general community quarantine status in Metro Manila and other selected provinces until the end of the year. This announcement was proclaimed to manage COVID-19 spread over the holidays where people might be incentivized to gather together and be out and about more frequently.

In a public address, President Duterte also included these provinces under the GCQ extension until December 31:

The rest of the country is placed under modified GCQ.

Metro Manila mayors were united in their approach to handling the COVID-19 situation by recommending the extension of the general community quarantine to the national government until the end of the year.

This is to prevent a possible surge of COVID-19 cases during the holidays when gatherings will be more prevalent.

Experts from the OCTA Research Group also came up with the same recommendation.

In an interview, Dr. Guido David mentioned that easing the quarantine classification in NCR this December might negatively impact the improvement in curbing the spread of COVID-19 made in the previous months.

He also reported a noticeable uptick in cases which impressed to them that we’re still not out of the woods yet.

This is due to the high cases per day, positivity rate, attack rate, and/or high hospital occupancy during the last week of November.

Chairman of the Metro Manila Council and Parañaque Mayor Edwin Olivarez expressed his optimism that Metro Manila could be placed under modified GCQ by the start of 2021.

However, that would still depend if the number of COVID-19 cases continues to decrease in December.

OCTA Research through Dr. David also agreed with this statement. According to him, an easing of the quarantine classification might be at bay in NCR for the first quarter of 2021.

This is in response to circulating text messages claiming that the country would be on lockdown from December 23 to January 3.

National Task Force Against COVID-19 spokesman Restituto Padilla Jr. also urged Filipinos to verify any information about any announcements before sharing, especially in this time.

“Please ensure you verify or ask authorities or trusted organizations about the veracity of such information before believing and passing it around. Let us not be instruments of fake news distribution,”

Interior Secretary Eduardo Año also said that there was no discussion about a nationwide lockdown by the Inter-Agency Task Force (IATF) on Emerging Infectious Diseases since there was no basis for it. 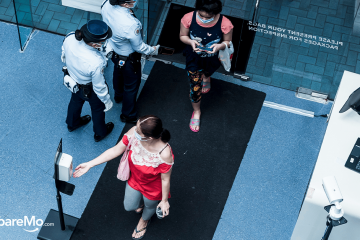 NCR & Selected Provinces To Be Placed Under GCQ Until December 31 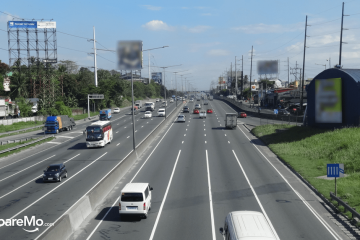