More Than Just a Non-Working Holiday: What Is EIDUL FITR?

When the government announced there will be a public holiday this Friday, July 17, everyone jumped and cheered because there will be no classes and work. From classrooms to cubicles, you can hear the echoes of enjoyment as people will finally have their long weekend. While to some people July 17 is just another day to kick in a long weekend, this marks a religious celebration for our Muslim brothers and sisters. What is Eidul Fitr and why is the religious significance of this event in the Islamic world?

Since 2002, the Philippine government has made Eidul Fitr a public national holiday to show the country’s solidarity with Filipino Muslims. However, since the Islamic calendar is also based on lunar cycles, the date of the holiday changes as well. The National Commission on Muslim Filipinos is tasked to inform the government on what date will the Eidul Fitr fall.

During Eidul Fitr, people have to do certain practices to celebrate the solemnity of the event. For starters, they need to perform a ritual washing before they convene in outdoor locations or a mosque for their early morning prayer and listen to special sermons for the said day.

After the morning prayers and special sermon for the Eidul Fitr, they will proceed with the obligatory charity in the form of food, which is called “zakat at-fitr.” Given to poorer Muslim families, the said charity is to make sure that the poor can also partake in the celebration of the Eidul Fitr.

Once they’re done with their obligations to the poor, Muslim families have different ways to celebrate the event. While there are people who prefer staying at their homes and cooking a feast for people to enjoy, others go to their relatives and friends and celebrate with them. Reaching out to distant relatives is also a thing, giving them well wishes for the holiday. Furthermore, giving gifts is also practiced by people.

Traditionally, Eidul Fitr festivities last for three days. In countries where Islam is the official religion, the three-day span of Eidul Fitr is an official holiday.

While a majority of Filipinos are simply happy that July 17 will simply be a day where they can rest, you have to know that we have brothers and sisters who are celebrating a religious holiday.

How Can Ofws Make Themselves Smarter When It Comes To Handling Their Money?

More Than Just a Non-Working Holiday: What Is EIDUL FITR? 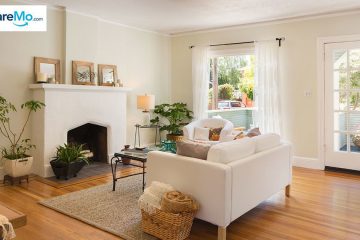 Potential Home Hazards: The Silent Killers Living With You