There’s an ancient Chinese curse that is said to translate into, “may you live in interesting times,” and looking at everything that happened this week, it seems like we are.

From the usual government circus to ManilArt 2017 to Erykah Badu and Fazerdaze’s performance last weekend, the last seven days have been pretty eventful. While we want to talk more about Blade Runner, ironically using words like “werpa” or “petmalu” to emphasize its brilliance, we’ll stick with what we do best every Monday: give you a recap of last week’s money and automobile news in easy-to-swallow pieces.

The Securities and Exchange Commission (SEC) warned Filipinos about putting their money in Pluggle. According to the SEC, the advertising website isn’t authorized by the government to solicit money from the public because it hasn’t secured a permit with the agency yet. Anyone participating in the said scheme can be slapped with a fine of up to P5 million or 21 years of imprisonment.

Government-issued IOUs have reached a new high of P4.188 trillion as more bonds were sold last month, according to the Bureau of Treasury. Treasury bonds, which amount to the biggest debt paper issued by the government, soared from August’s P3.818 trillion to P3.848 trillion. However, the government will borrow a smaller amount starting October, with fourth quarter’s target volume down to P150 billion versus third quarter’s P195 billion.

The Pangilinan-led PLDT assures the public that faster internet is on the way, with the installation of the Asia-Africa-Europe underwater cable system starting the end of the year. According to reports, the telco company is investing P500 million in AAE-1, a 25,000-kilometer cable system that runs from Southeast Asia to Egypt. The new cable system, which was launched earlier this year, will have a capacity of 40 terabits per second and is the first cable link that connects countries in Asia, Africa, and Europe.

The Chamber of Automotive Manufacturers of the Philippines Inc (CAMPI) said that is the peso continues to depreciate it will cause an increase in car prices.  The automotive manufacturer’s group said that car assemblers monitor the foreign exchange market closely and are aware that the peso is taking a hit not just against the dollar but also the yen. While they said that a price hike is imminent, CAMPI hasn’t decided to raise the vehicle prices yet.

PT&T back on the market

Philippine Telegraph and Telephone Corporation (PT&T) wants back in on the Philippine telco market. According to chairman Salvador B. Zamora II, the company is looking for foreign partners such as China Telecom and India’s Jio after the PSE lifts its 13-year-old voluntary trade suspension. PT&T was a major force in the telephone industry before it got hit during the Asian financial crisis in 1997, forcing the firm to file for corporate rehabilitation.

Nissan says goodbye to the Patrol with a limited edition

Despite being one of the most iconic SUVs in the Philippines, Nissan is finally saying goodbye to the fifth-generation of the Patrol with a proper sendoff: a limited run called the Legend Edition. With only 38 units reserved for the said run, the Legend Edition will sport a tougher exterior with a bull-bar, matte black wheels, and a tow kit. The interior will also be spruced up and the Legend Edition will have a distinction badge. While the aesthetic is upgraded, the engine will still deliver the same solid 150hp output.

Last week, the first Philippine Auto Parts Expo was held in Pasay City. While the focus of the event is locally assembled auto parts, the event also featured a showcase of prototype modern jeepneys that drew the crowd’s attention. The units showcased were in line with the government’s PUV modernization program, with features like Euro 4-compliant engines, right side exists, speed limiters, dashcams, GPS devices, and CCTV cameras. The PUV overhaul gets a mixed reaction from the public, with one side saying that it’s time to systematize the public transport system while the other side calling the measure “anti-poor.” 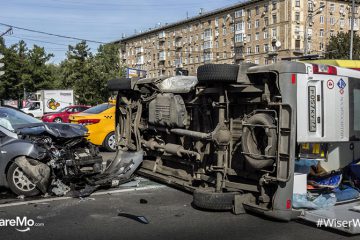 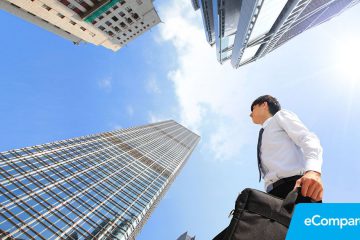 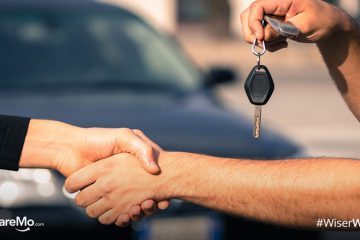