Love And Money: Should Unmarried Couples Disclose Their Salaries To Each Other?

Financial matters are pretty much a taboo subject—but should you be more open to your significant other, right?

It’s no surprise that Filipinos shy discussing controversial topics, both online and in real life. One is still a bit taboo even among close friends and family members is salary.

In the Filipino society, openly talking about your finances can be taken as a sign of gloating—and you don’t want bad blood between you and other people because of a few zeroes.

If it’s fraught enough to disclose financial matters to friends and family members, it’s a whole new level to discuss financial matters with your significant other. It’s time to ask the age-old question: should you disclose your salary to your partner?

A matter of financial literacy

Apparently, it’s offensive to ask your partner “how much do you make?”

We have to admit that it’s easier to talk to our SO about politics or sex more than finances. After all, bringing up such topics can lead to comparison of finances and worse, a spat between both parties. With a lot of things at stake, having an open and honest conversation about finances can be much more difficult.

Whether it’s talking about our finances to our partners or even in general, one of the biggest reasons why Filipinos are having a hard time approaching this subject is the unsurprisingly low level of financial literacy in the country. Because of this, individuals have a difficulty talking about their financial goals as well as problems, which can lead to several bad money decisions down the line.

(Read: 10 Financial Questions You Should Ask Your Soon-To-Be Spouse)

A World Bank by the Bangko Sentral ng Pilipinas (BSP) revealed that only of Filipinos who participated in a financial literacy survey answer them all correctly. This prompted the agency to declare that financial education is “imperative” to the country.

In addition to poor financial education in the country in our educational institutions, learning about the basics of financial management is also absent at home. According to the central bank, people who have shown aptitude in various money skills like tracking their expenses and saving during their formative years are more likely to become fiscally responsible in their adult years.

These factors combined, along with financial topics as taboo in any setting, makes comfortable in talking to spouses about our finances. However, there are two sides to every story, including pillow talks about their salaries.

We talked to Jeanne, a 31-year-old senior data analyst from Pasig City, about how she and her partner have navigated financial topics in their seven-year relationship.

Despite being together already for seven years, she said that some topics are still left untouched between them—with their salaries one of those hot potatoes they want to avoid. However, it’s not just them avoiding the topic altogether.

“Since I want to make long-term plans boyfriend already, we need to discuss where we stand financially now. However, he still doesn’t want to reveal his salary to me because he thinks it’s a private matter and he is not confident about the numbers in his payslip,” she said.

“Even if he doesn’t tell me his salary right now, I am confident with his financial standing since he’s more conservative than me in terms of spending, going out for dinners, and travels.”

At first, Jeanne was also pretty reluctant her salary to him since she used to believe in the same thing. However, with their relationship starting to get serious, she believes that there’s time than now to discuss money matters. She’s still pretty her boyfriend will eventually turn around so they can start talking about achieving milestones together.

Apparently, experts found out there’s a right time and place to be more confident in telling your partner about your salary.

In her book Getting Financially Naked, financial guru Manisha Thakor believes that at some point, you must have “the talk” about your salary—or any money matters, for that matter—with your partner. Although it shouldn’t be as ceremonial as popping the question, having the confidence to disclose your salary to your partner will serve as an important milestone for the both of you.

“We believe the earlier the better. , our intention is not to cause your sweetie to freak out on a first bringing up the subject of the thousands of dollars of credit card loan debt that you (or McDreamy) are hoping to pay off,” she wrote in her book.

(Read: Financial Infidelity: The Hidden Third Party in Most Marriages)

“Our point is simply that once you can see yourself getting serious with your potential mate, we believe it’s time to start talking about money. As to the exact timing, again, it really is up to the unique nature of your particular relationship.”

But what if your partner doesn’t want about it even if you want to? Like in Jeanne’s case, Thakor believes partner who still doesn’t open up himself to financial talks will eventually realize the gravity of such discussions. By nudging your SO to finally open up to more serious discussion, it can be an opportunity for the both of you to grow.

“A cold shoulder does not mean it’s okay ignore the conversation about money. It means there are some that, if explored, may actually bring you closer—emotionally and financially,” she said in her book.

Whether or not you believe that money couples is taboo, eventually the two of you have to deal with if you’re sticking with each other for the long term. And the best way to find your financial footing? The numbers in your pay slip.

Other sources: The Guardian 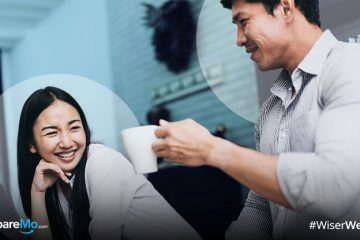 Love And Money: Should Unmarried Couples Disclose Their Salaries To Each Other? 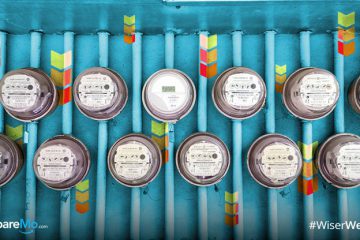 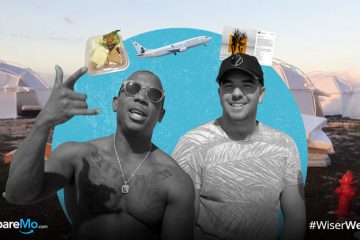