As of April this year, the number of unemployed Filipino or those who said they were seeking better employment was at 5.1% compared to 5.5% in the same period last year.

This leaves the number of unemployed Filipinos at an all-time low of 2.29 million from the previous 2.36 million. That is an improvement rate of 0.4%, from 94.5% to 94.9% in the same comparable period.

The country’s labor force is approximately 44.53 million out of the estimated 72.54 million Filipinos in population aged at least 15 years old.

Among the regions with the highest unemployment rate were the Autonomous Region in Muslim Mindanao (ARMM) which posted the highest jobless rate at 9%, followed by National Capital Region at 6.3%, Ilocos Region at 5.9%, and Bicol Region at 5.8%.

The underemployment rate, which is the proportion of those who are working but are still looking for more work or longer working hours in order to increase income however, improved to 13.5% from 17%. That is tantamount to 5.71 million Filipinos in total, 1.226 million lesser than the previous 6.94 million.

The service sector got the highest underemployed rate at 47.6%, followed by the agriculture sector at 34.0%, and the industry sector at 18.5%.

In a statement from the National Economic and Development Authority (NEDA), it was stated that around 1.3 million jobs were generated during the period of April 2019. The results are more than doubled compared to the 625,000 total generated jobs in April 2018.

This huge growth may be attributed to increased business activities in line with the campaign period for the Philippine midterm elections and the surge in consumer demand during summer and harvest seasons.

Despite the vast improvements in numbers, Socioeconomic Planning Secretary Ernesto M. Pernia said that from the April Labor Force Survey, the country cannot just rely on this recognition. Efforts to improve the labor market must continue in order to cope with the government’s targets.

“Both quality and quantity of work need to be addressed. At the same time that employment opportunities are being increased, workers and jobseekers must be enabled to improve their knowledge and skills through training and education.” Secretary Pernia said.

He even noted that in order to meet the Philippine Development Plan (PDP) targets which is the unemployment to decrease to 3% to 5% by 2022, equivalent to 950,000 to 1.1 million new jobs generated each year, the employment momentum must be sustained.

In order to do this, various government programs such as the Government Internship Program, JobStart Philippines Program, and apprenticeships, must be enhanced to strengthen the labor market while also making it more flexible. 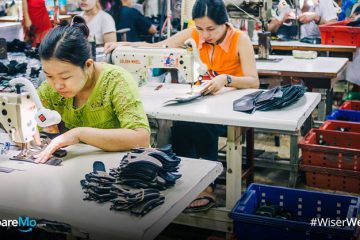